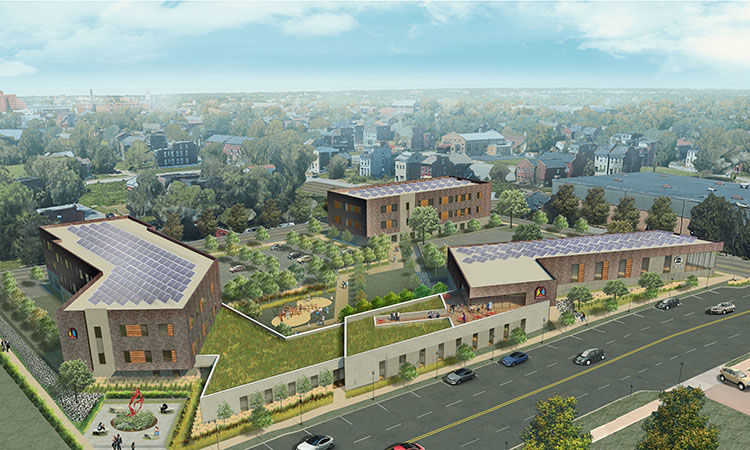 Doorways’ planned expansion includes a new campus in the Jeff-Vander-Lou neighborhood of North St. Louis. Doorways is the largest housing agency in Missouri that serves individuals and families affected by HIV and homelessness. 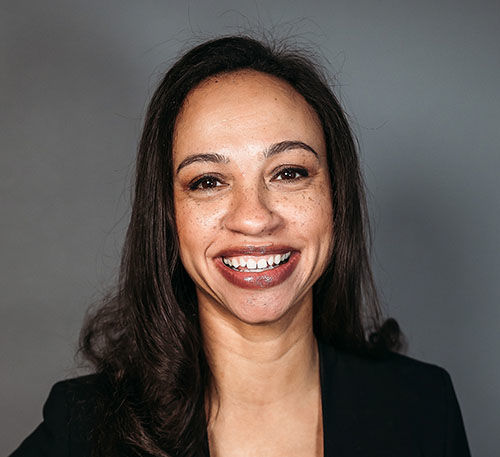 A $23 million capital campaign is well underway to fund Doorways housing and services expansion for persons living with HIV/AIDS, which includes a new campus in the Jeff-Vander-Lou neighborhood of North St. Louis.

Doorways is the largest housing agency in Missouri that serves individuals and families affected by HIV and homelessness. Its service area includes 77 counties in Missouri and 55 counties in Illinois.

The HIV/AIDS nonprofit organization already owns and operates seven apartment buildings in the city of St. Louis, serving 3,200 men, women and children in 2019.

“The first phase is about $17 million, and that is going to fund a new programmatic and administrative headquarters for our organization, as well as 50 housing units, particularly for those in emergency situations, coming directly out of homelessness and affected by HIV,” Jones said.

It will break ground this fall. Rise is the development consultant, Trivers is the architect and BSI Constructors is the general contractor for the project.

“We were recently awarded low-income tax credits, which gave us a lot of money for the project,” said Jones, “and those units will be open by the end of 2021.”

Those tax credits came from the Missouri Housing Development Commission.

“We got about $9.5 million in tax credits and other incentives from the state,” Jones said. “And when you look at that, money we got from the Affordable Housing Trust Fund through the City of St. Louis and other funders, we’ve so far raised $10 million in public funding and $4 million through our capital campaign. We’re just a few million short of raising all the money for our phase 1.”

Doorways has been working on strategic plans, finding the land, and fundraising for about three years, she said.

“It’s a huge effort, the largest thing our agency has done by far, and we see it as really pivotal in moving the needle for caring for people with HIV and ending the epidemic,” Jones said. “We are looking at HIV care not through the biomedical approach first, but through the housing lens and the behavioral health lens.”

She said the goal is to get HIV-positive people to undetectable status.

“People with undetectable status, it is known that there is effectively no risk of them transmitting HIV to other people.” Jones said. “So, you care for the individual and you also care for the community by ending this epidemic.”

Phase 2 of the expansion project will unfold on the same three-acre campus, which is located near the NGA expansion site.

“It will be a minimum of 30 permanent supportive housing units,” Jones said. “We’re right at Jefferson and Stoddard streets.” She said that Doorways is working with the City of St. Louis, St. Louis Development Corporation, Project Connect, and 3rd Ward Alderman Brandon Bosley to get necessary approvals for the project.

Jones said she anticipates that phase 2 is five years away.

“We got a year and a half construction period, we’re raising money, and then we got to go and apply for funds again,” she said. “So we think that’s about five years out before that’s done.”

Expansion plans call for at two elements of retail, Jones said, “so people can come and go, whether they are customers of the retail or they are visiting Doorways, and everybody can do so with a level of anonymity. We welcome as many people on the campus as possible.”

And what may seem like a small gesture to some – having an actual Doorways sign at the entrance of the new headquarters – is a large public gesture to welcome the agency’s clients and to publicly rebuke and defy any stigma that anyone might attach to living with HIV or AIDS.

“It was very intentional for us to land on Jefferson Avenue, because it will be our first branded building. Doorways has never had a building with our name on it,” Jones said.

“We want to basically put a stake in the ground and say that even if you have HIV, that’s okay; we can live stigma-free, and there’s no reason to hide.”

The current Doorways HQ is on Maryland Avenue in the Central West End of St. Louis.