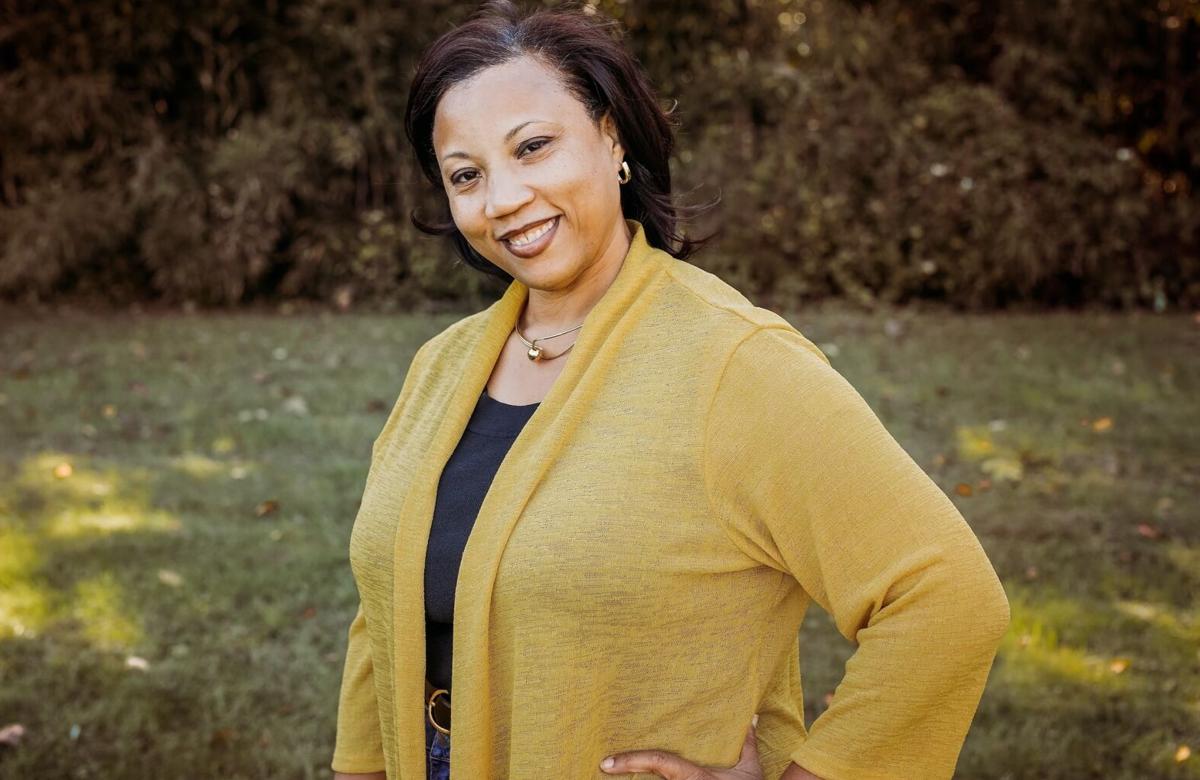 It was a frantic day in early August for Dr. Ebony Carter, a high-risk obstetrician at Barnes Jewish Hospital’s Women and Infants Center. A patient in the hospital’s COVID isolation room was about to deliver her baby. Carter remembers how she and her obstetric resident hastily donned their N95 masks, face shields, gowns, and gloves in the decontamination room.  Significant decisions had to be made quickly, like would the-soon-to-be-mother require a c-section if the baby began showing signs of distress from her COVID infection, too?

As Carter entered the delivery room, she could see the woman was having trouble breathing. The patient, Carter recalled, was angry when “this should have been one of the happiest times of her life.” The patient declined support to help her breathe. Carter recalled how she “begged and pleaded” with the “coughing and hacking” woman to put her on an oxygen machine but to no avail.

The OBGYN’s worst fears came to fruition when the woman’s respiratory status deteriorated to a level where her team could no longer care for the patient on her floor. She had to be transferred to another room where a tube would be placed down her throat and into her lungs so a machine could breathe for her.

Carter, who wrote about the incident on her blog, added: “I felt dejected and feared the road ahead for her and her baby.”

“There’s only two ways out of this pandemic and I feel like people are choosing the much more dangerous path.”- Dr. Ebony Carter, a high-risk obstetrician at Barnes Jewish Hospital’s Women and Infants Center.

Since the onset of the coronavirus, Carter finds herself writing and sharing her experience as a high-risk obstetrician working during a pandemic. “Writing,” she said is “somewhat therapeutic.” It helps her navigate the precarious world of treating pregnant patients during a pandemic.

Carter has seen a troubling statistic in real time. According to two new academic studies, pregnant women who develop Covid-19 symptoms risk emergency complications and other serious problems with birth. Yet, only 33% of pregnant people between 18-49 are fully vaccinated, according to the US Centers for Disease Control and Prevention (CDC). In her practice, Carter said the number is more like 25 percent.

“I am so frustrated,” Carter said. “I feel like I’m spending all day asking patients where they are; counseling them on the risks and benefits and all that, but it seems the vast majority say, ‘thanks but no thanks.’

“I wish they could just look over my shoulder when I’m taking care of patients who refuse the vaccine all summer and greatly regret their decisions as they’re struggling to breathe or are on ventilators or, like some of my patients who ended up on heart/lung bypass machines because their bodies have shut down to the point where they need a machine to beat for their heart and breathe for their lungs.”

Carter said she tries to practice empathy with her unvaccinated patients.

“I think it’s important that everybody is armed with the information they need to make the best decisions for themselves and their families, so I try to counsel them with the objective data; In pregnancy, your immune system kinda tamps down because you’re carrying this foreign alien in your body, and you don’t want your body to attack this thing that is other than you. Now, that is great for the baby but terrible for the mother. Because it means her body is unable to fight infections the same way it would if she wasn’t pregnant. That’s why pregnant people have the potential to get a lot sicker than the non-pregnant version of themselves.”

Carter titled the piece she wrote in August, “Shutting Down the Pandemic Freeway: What’s Your Exit Strategy?” She described two exits from the deadly “pandemic freeway.” The unvaccinated take “Exit 1” where their bodies can get “battered and bruised—some for months to years.” For every one or two out of a hundred people, Carter wrote, “this exit ends in death.”

“Exit 2,” Carter summarized, “has a sign marked by vaccinations. It is now wide open if you are fortunate enough to live in a country that can “pay the toll”, such as the United States. But, despite these exit ramps, the pandemic freeway remains congested and prone to adversity, as the virus continues to find a high concentration of vulnerable hosts to infect and mutate into new, more dangerous forms, like the Delta variant.”

Many researchers have attributed the reluctance to get vaccinated among pregnant women to “fluctuating guidance from health officials earlier in the pandemic.” What some call “fluctuation,” Carter describes as the scientific process playing out.

“Back in December when the vaccines first came out, pregnant patients were systematically excluded from those studies so we couldn’t ethically say, “yeah, this is going to work for you, too.’ The guidelines fluctuated only in the fact that our knowledge of the disease and the vaccinations have increased.”

Between July and August, two leading OBGYN associations threw their unequivocal support behind the vaccine, and the CDC formally recommended it, sending outan urgent plea for pregnant women to get the shot immediately. Carter has joined the pro-vaccine chorus.

“There’s been no signals for harm from the vaccine other than the typical stuff…fevers, chills, muscle aches,” Carter said. “I would take those minor discomforts anytime. It’s better than ending up in intensive care with COVID.”

Now that vaccines for pregnant women have been approved, Carter said it’s another good reason to take “Exit 2” on the Pandemic Freeway.

“There’s only two ways out of this pandemic and I feel like people are choosing the much more dangerous path.COVID Kills and the vaccine protects you. We each have a choice on how we exit this pandemic.”