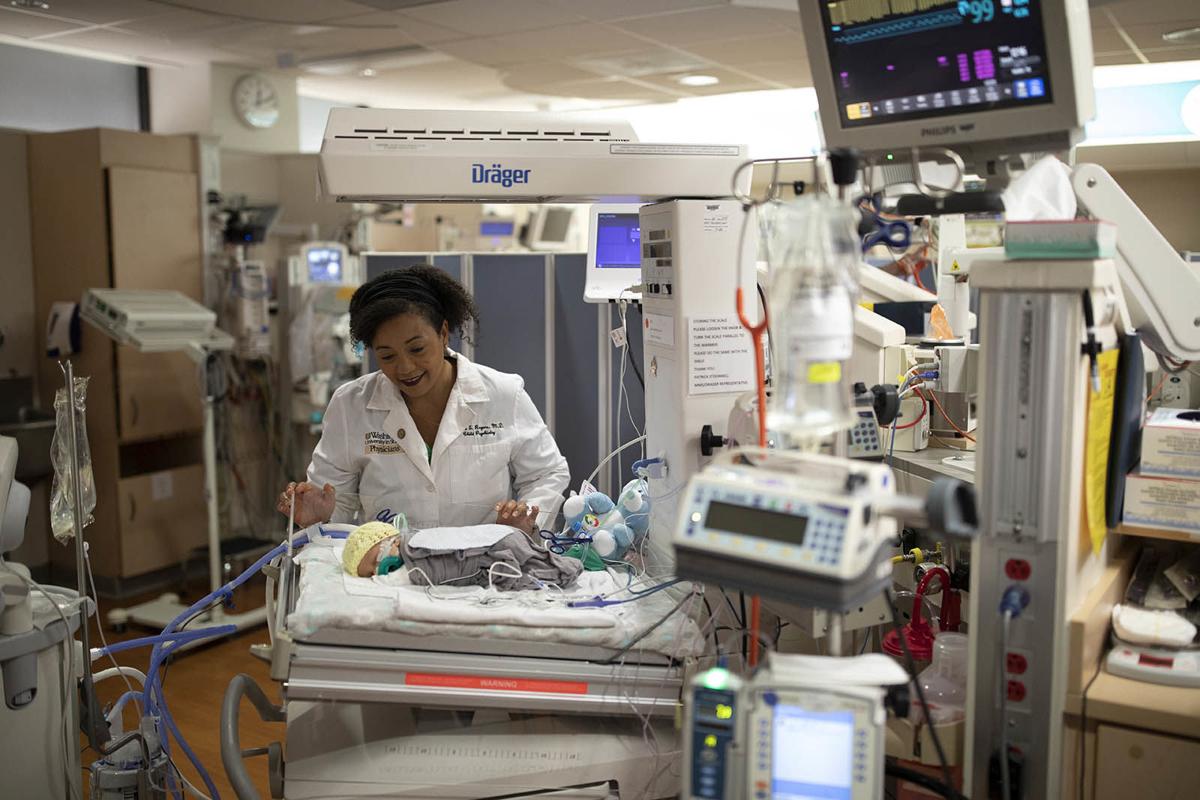 Cynthia E. Rogers, MD, an associate professor of child psychiatry at Washington University School of Medicine in St. Louis, visits 4-day-old Abel Stanart in the newborn intensive care unit (NICU) at St. Louis Children's Hospital. Rogers' team has found that as premature babies grow, their mental health may be related less to medical challenges they face after birth than to the environment the babies enter once they leave the NICU. 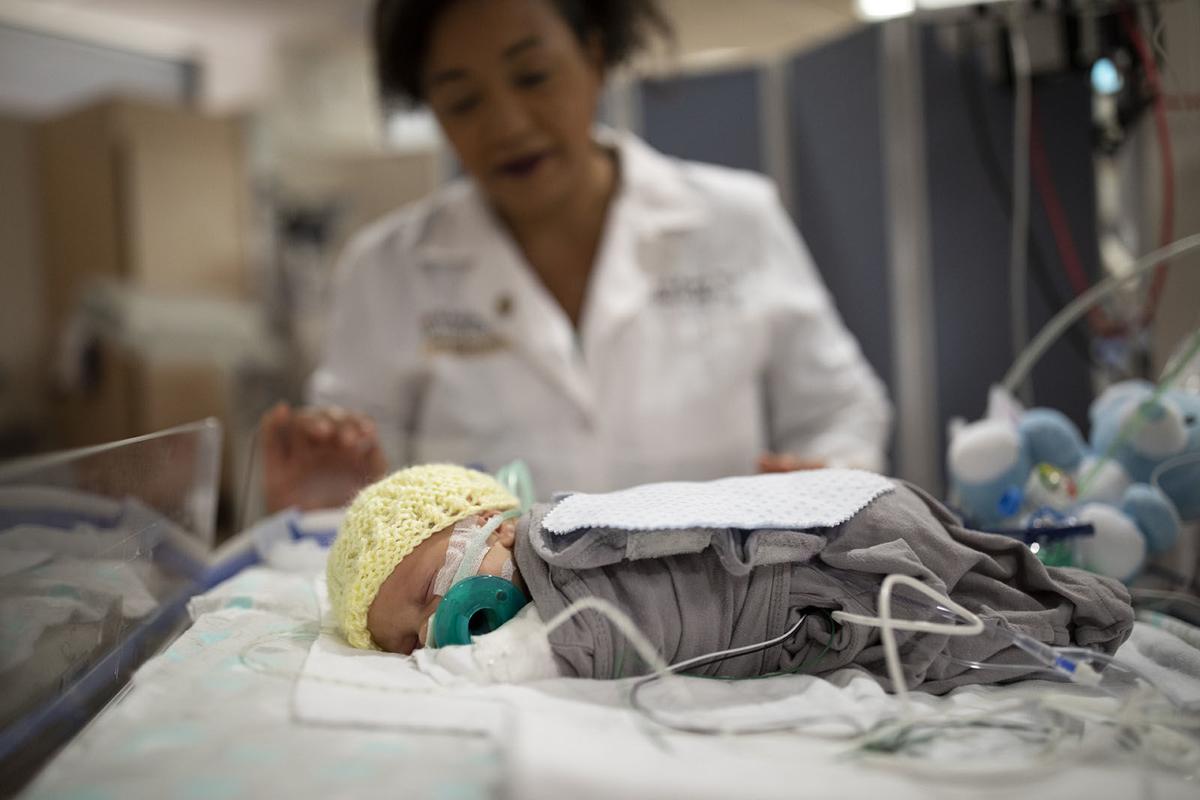 Four-day-old Abel Stanart is participating in a new study, directed by Cynthia E. Rogers, MD, that is attempting to dig even deeper into what predicts risk of mental health-related issues and resilience in children who are born early.

As they grow and develop, children who were born at least 10 weeks before their due dates are at risk for attention-deficit/hyperactivity disorder (ADHD), autism spectrum disorder and anxiety disorders. They also have a higher risk than children who were full-term babies for other neurodevelopmental issues, including cognitive problems, language difficulties and motor delays.

Researchers at Washington University School of Medicine in St. Louis who have been trying to determine what puts such children at risk for these problems have found that their mental health may be related less to medical challenges they face after birth than to the environment the babies enter once they leave the newborn intensive care unit (NICU).

In a new study, the children who were most likely to have overcome the complications of being born so early and who showed normal psychiatric and neurodevelopmental outcomes also were those with healthier, more nurturing mothers and more stable home lives.

The findings were published August 26 in The Journal of Child Psychology and Psychiatry.

“Preterm children who did the best had mothers who reported lower levels of depression and parenting stress. These children received more cognitive stimulation in the home, with parents who read to them and did other learning-type activities with their children. There also tended to be more stability in their families. That suggests to us that modifiable factors in the home life of a child could lead to positive outcomes for these very preterm infants.”

The researchers evaluated 125 5-year-old children. Of them, 85 had been born at least 10 weeks before their due dates. The other 40 children in the study were born full-term, at 40 weeks’ gestation.

The children completed standardized tests to assess their cognitive, language and motor skills. Parents and teachers also were asked to complete checklists to help determine whether a child might have issues indicative of ADHD or autism spectrum disorder, as well as social or emotional problems or behavioral issues.

It turned out the children who had been born at 30 weeks of gestation or sooner tended to fit into one of four groups. One group, representing 27 percent of the very preterm children, was found to be particularly resilient.

“They had cognitive, language and motor skills in the normal range, the range we would expect for children their age, and they tended not to have psychiatric issues,” Lean said. “About 45 percent of the very preterm children, although within the normal range, tended to be at the low end of normal. They were healthy, but they weren’t doing quite as well as the more resilient kids in the first group.”

The other two groups had clear psychiatric issues such as ADHD, autism spectrum disorder or anxiety. A group of about 13 percent of the very preterm kids had moderate to severe psychiatric problems. The other 15 percent of children, identified via surveys from teachers, displayed a combination of problems with inattention and with hyperactive and impulsive behavior.

The children in those last two groups weren’t markedly different from other kids in the study in terms of cognitive, language and motor skills, but they had higher rates of ADHD, autism spectrum disorder and other problems.

“The mothers’ issues and the characteristics of the family environment were likely to be factors for children in these groups with significant impairment. In our clinical programs, we screen mothers for depression and other mental health issues while their babies still are patients in the NICU.”

Rogers and Lean believe the findings may indicate good news because maternal psychiatric health and family environment are modifiable factors that can be targeted with interventions that have the potential to improve long-term outcomes for children who are born prematurely.

“Our results show that it wasn’t necessarily the clinical characteristics infants faced in the NICU that put them at risk for problems later on. It was what happened after a baby went home from the NICU,” Rogers said.

“Many people have thought that babies who are born extremely preterm will be the most impaired, but we really didn’t see that in our data. What that means is in addition to focusing on babies’ health in the NICU, we need also to focus on maternal and family functioning if we want to promote optimal development.”

The researchers are continuing to follow the children from the study.