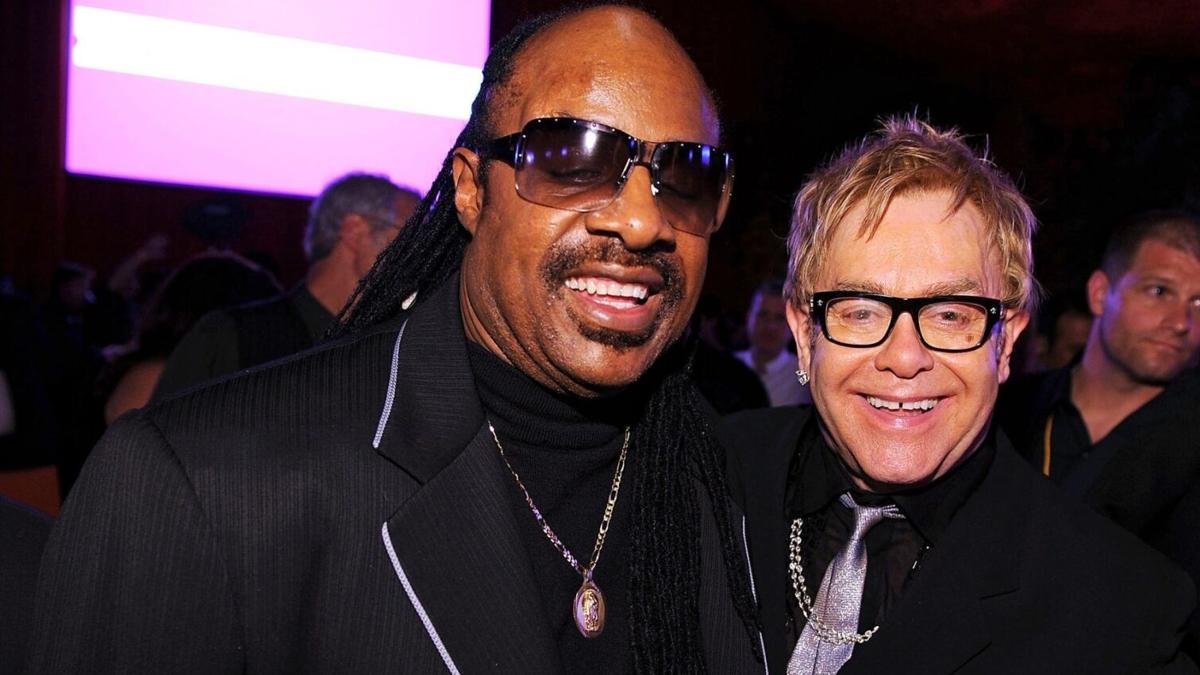 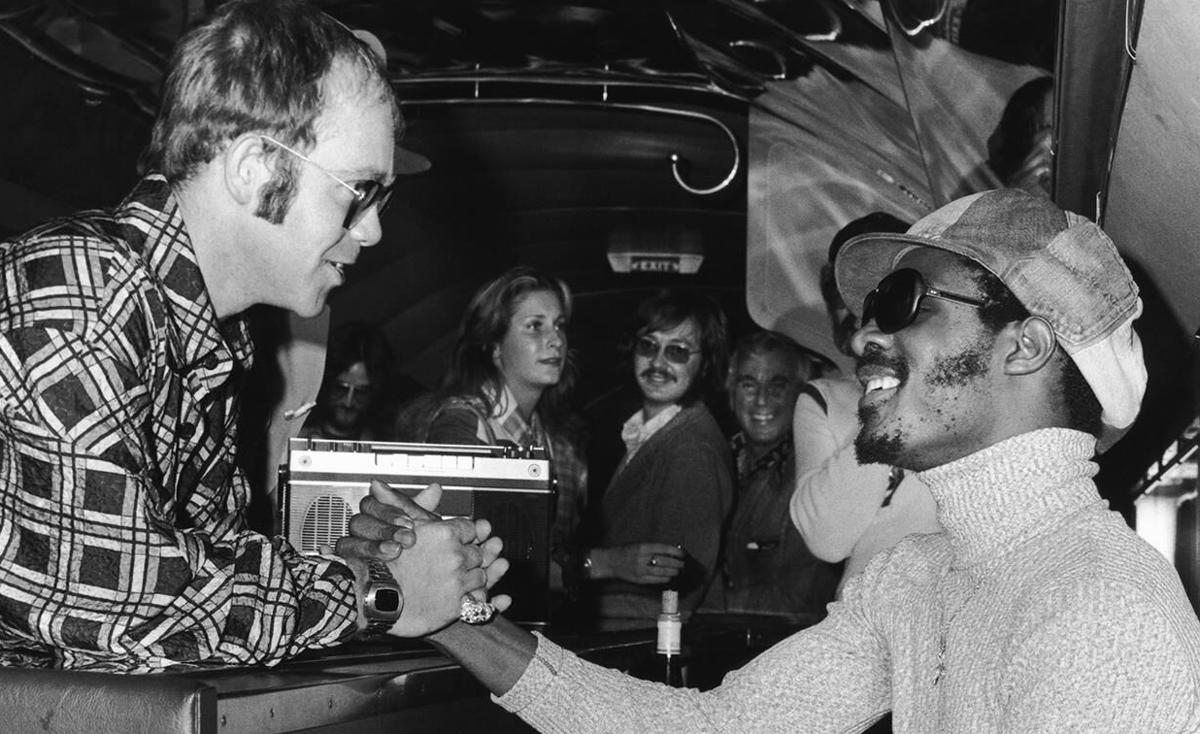 Stevie Wonder says he is honored to work with friend Elton John again, and John shared that Wonder “sounds like a 17-year-old again on their duet “Finish Line.” John made this photo of the two available through his Facebook page.

Stevie Wonder and Elton John are far from finished with their acclaimed music careers, and their new “Finish Line” is proof.

“I couldn't be more proud of 'Finish Line.' I'd go as far to say it's one of the best records I've ever made. Stevie's voice is as good as I can remember hearing him. He sounds like a 17-year-old again -- he's singing with a sheer joy and exuberance in his vocals," Elton John said.

Billboard calls the upcoming release “Gospel magic.” Backed by The Sunday Service Choir, a group that often sings with Kanye West during church services, “John and Wonder both deliver a soulful performance on the track, which speaks of overcoming times of darkness with the help of a friend,” wrote Billboard’s Starr Bowenbank.

“I couldn't be more proud of 'Finish Line.' I'd go as far to say it's one of the best records I've ever made. Stevie's voice is as good as I can remember hearing him. He sounds like a 17-year-old again -- he's singing with a sheer joy and exuberance in his vocals," John said in a press release.

"It was a magical process. I've always loved collaborating with Stevie, and I'm delighted that after 50 years of friendship we finally get to do a full-blown duet. He has always been so kind and sweet to me, and his talent is beyond ridiculous. When you listen to what he does vocally and instrumentally on 'Finish Line,' you think, 'This is a true genius here.'"

Wonder said he was overjoyed to work with John again in studio after their years of friendship and shared artistry.

“It is both a joy and honor to sing, play piano and harmonica for Elton! He has truly been one of the great spirits of music, life, friendship and love, who I've met on this journey,” he said in a release.

“True artistry and music like love equals a forever commitment lasting many lifetimes. Elton, anyone who hears your voice singing 'Finish Line' will hear and feel your wisdom, your pain, your soul, your love, but also your resilience ... I love it! Congratulations to you and our forever and never, never-ending friendship, life-song! Long live Sir Elton John!"

The Mighty Clouds of Joy recently released “Take Me To The Water,” remastered anthology peaked at #1 on the Christian iTunes Charts and #3 All Categories iTunes Charts. The album’s eight tracks were digitally enhanced from original recordings.

“All efforts have been made to maintain the original quality of the music,” said Ivan Cavric Sonorous Records label manager

"We are very excited about having the album achieve such a favorable reception.”

The Mighty Clouds of Joy was formed in 1959 in Los Angeles and two years later had several national hits. The group’s use of bass, drums and keyboards with standard guitar created a unique split between Rhythm and Blues and Gospel.

The group’s last recorded release was in 2012 but remains popular with its fan base. It is among the groups that have a display in the Apollo Theater.

Nominated songs include “Jejeli”, “Obiara Nse Wo” and “Gye Yen So”, from his debut album “In The Midst Of Comfort’.