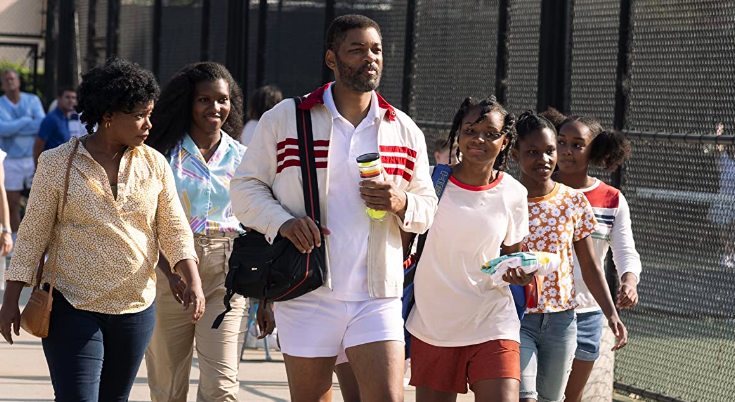 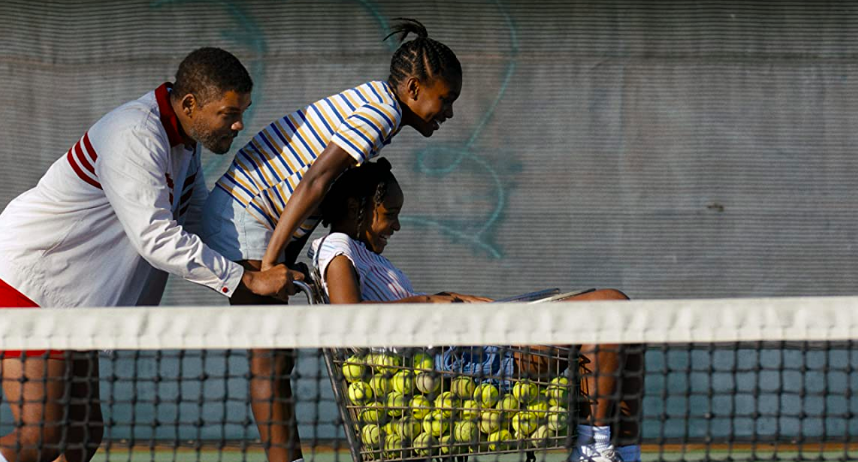 Will Smith stars in the title role of Richard Williams in  “King Richard.” The film, which chronicles the origins of tennis stars Venus and Serena Williams within the sport, opens in theatres nationwide and streams on HBO Max starting November 19. 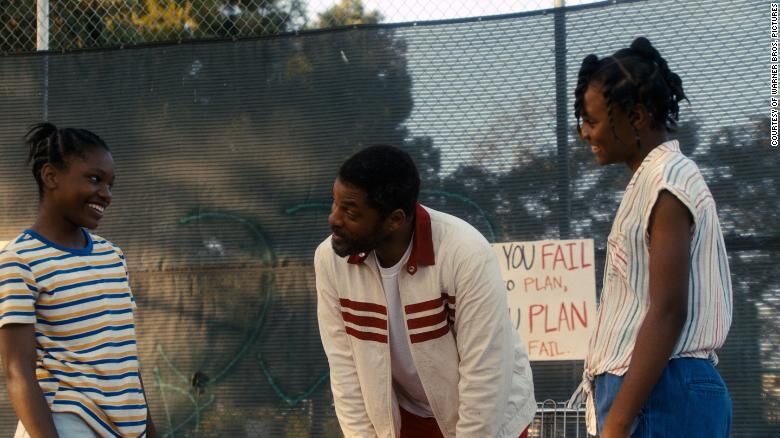 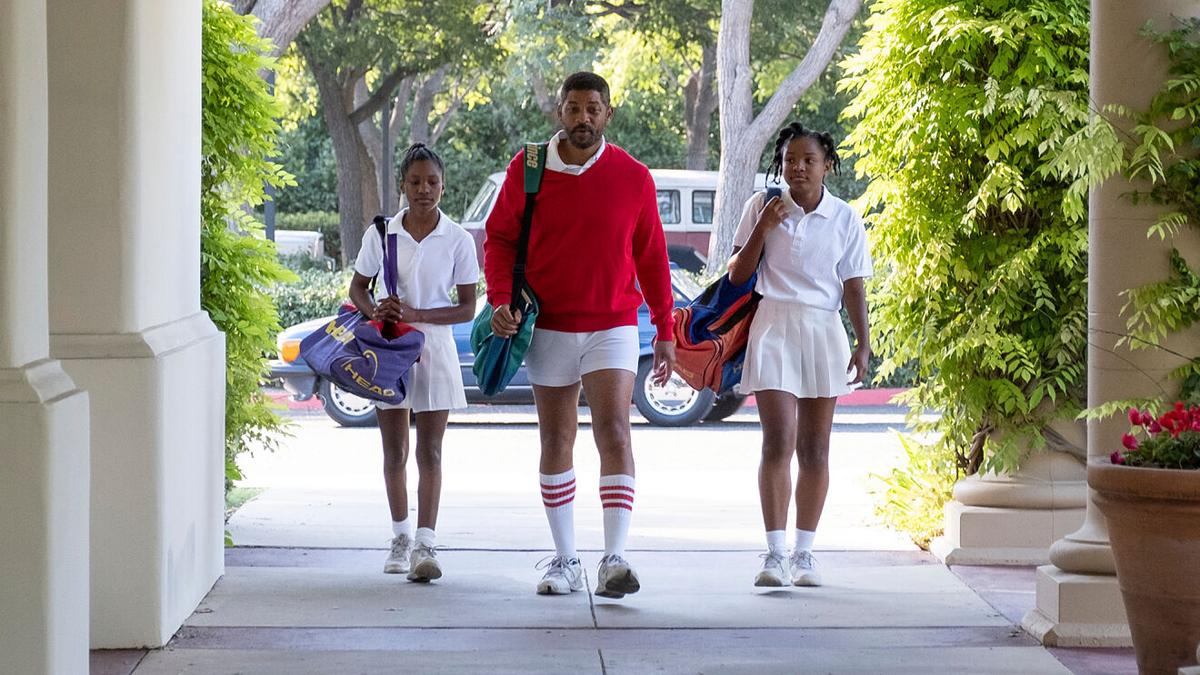 The unparalleled level of excellence, consistency and longevity within their playing is often a sidebar in the story of the Williams sisters’ contributions to tennis. “King Richard” details the phenomenal, astonishing story of their climb to the top.

The format is as follows: A predictable story gives an ensemble room for performance range but lacks enough nuance or plot twists to provide the audience with something other than what they were already expecting. In lieu of a dramatic climax, the movie is seasoned with emotional exchanges that flip back and forth from stern to sorrowful to syrupy sweet at a moment’s notice.

That’s not to say that the format doesn’t work for the audience it caters to – there’s an entire network with a dedicated fan base that has been loyal to the brand for nearly four decades.

And just like with the films from which “King Richard” takes a play, the film will score a win with viewers when it opens in theatres and streams on HBO Max starting November 19. Elements of the Lifetime biopics, which have drawn Black audiences to the network of late through telling stories of urban culture icons such as The Clark Sisters, Toni Braxton, Salt-N-Pepa and others, are blended with the style of a traditional inspirational sports film.

The purpose and the intention of “King Richard” are achieved in that it drives home the point many who saw the meteoric rise of Venus and Serena Williams in real time may have taken for granted. Guided by a father who had never taken a tennis lesson, these two little Black girls from Compton shifted the paradigm of a sport synonymous with elite whiteness and inspired a new generation of fans and players. They made history as tennis stars, but they grew into their own brand as cultural influencers.

They are regularly credited with bringing the swagger of their unapologetic blackness to the sport, but the unparalleled level of excellence, consistency and longevity within their playing is often a sidebar in the story of the Williams sisters’ contributions to tennis. “King Richard” details the phenomenal, astonishing story of their climb to the top.

The film lays out the level of commitment required from the entire family for Venus and Serena to ascend within and ultimately transcend beyond the insulated, exclusive sport. At the heart of it all was a man who recognized the power of relentless preparation, manifestation and self-worth. Because it focuses on the origins of their presence within the sport, much of the story is focused on Venus, and how she paved the way for Serena, and so many others, while barely in her teens.

Entertainment star Will Smith leads the cast as Richard Williams. Despite his tragically failed attempt at Richard’s northern Louisiana accent, audiences will cheer Smith on for his heartfelt portrayal. He embodies the willful father whose unconditional love further fuels an unwavering belief in the playbook he created for his daughters and their ability to achieve the destiny he mapped out for them.

Another bright spot in “King Richard” is Aunjanue Ellis getting the spotlight to shine before the eyes of a mainstream movie audience. The Emmy-nominated Ellis has spent the past 25 years showcasing her talent as a hidden gem, mostly within urban films and television, recently as matriarch Mattie Moss Clark in Lifetime’s “The Clark Sisters: The First Ladies of Gospel” and Hippolyta Freeman in HBO’s “Lovecraft Country.” Saniyya Sidney and Demi Singleton are perfectly cast as Venus and Serena Williams, who are also producers of “King Richard.” Singleton’s resemblance to Serena is particularly striking. Tony Goldwyn is effective as famed coach and tennis influencer Paul Cohen, but Jon Bernthal aces his portrayal as coaching icon Rick Macci. Bernthal is a familiar face on film due to bit parts and journeyman supporting roles, but his take on Macci showcases the on-screen emotional intelligence leading men are made of.

“King Richard” opens in theatres and streams on HBO Max on November 19. The film is rated PG-13, with a running time of 138 minutes.