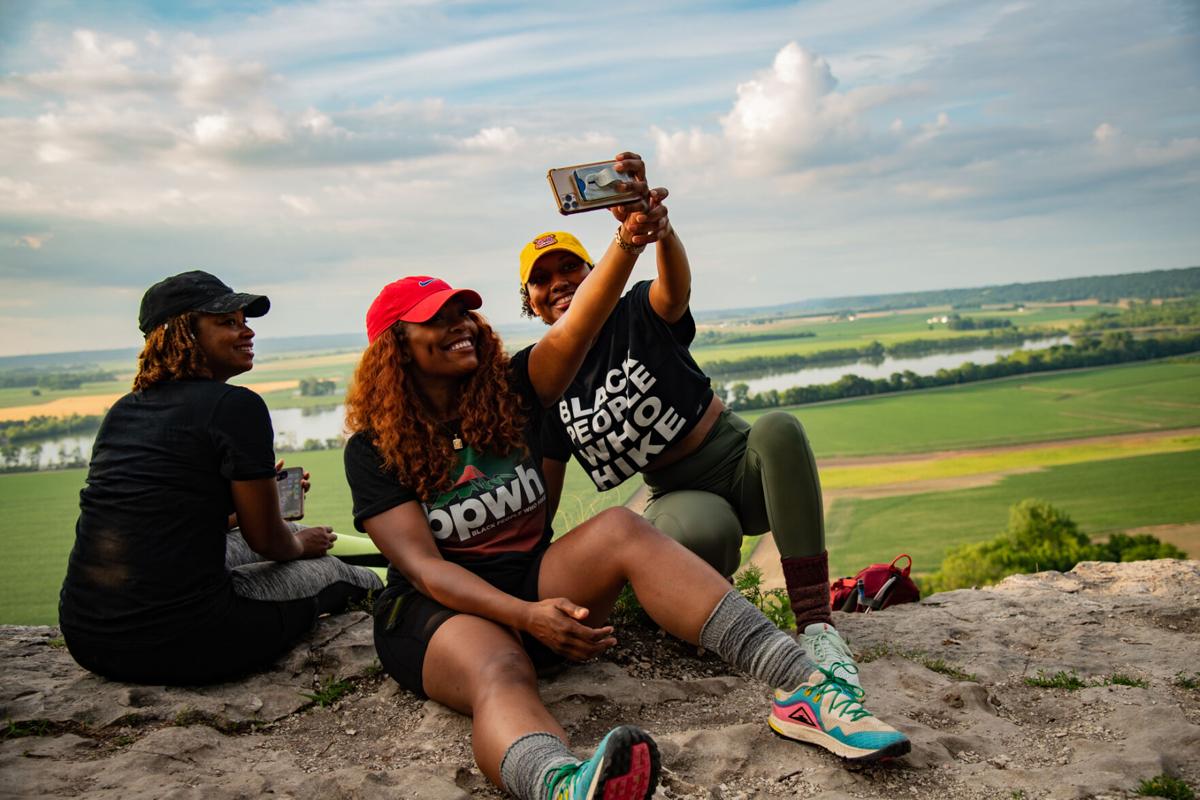 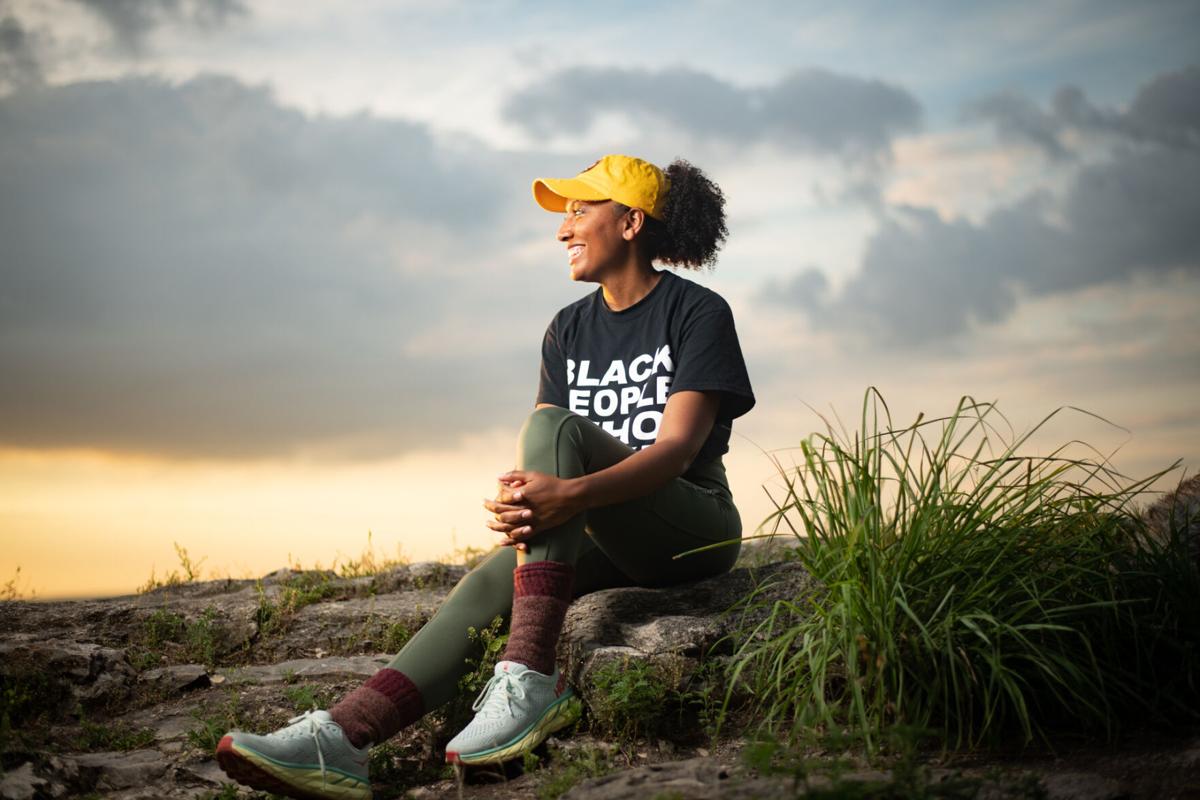 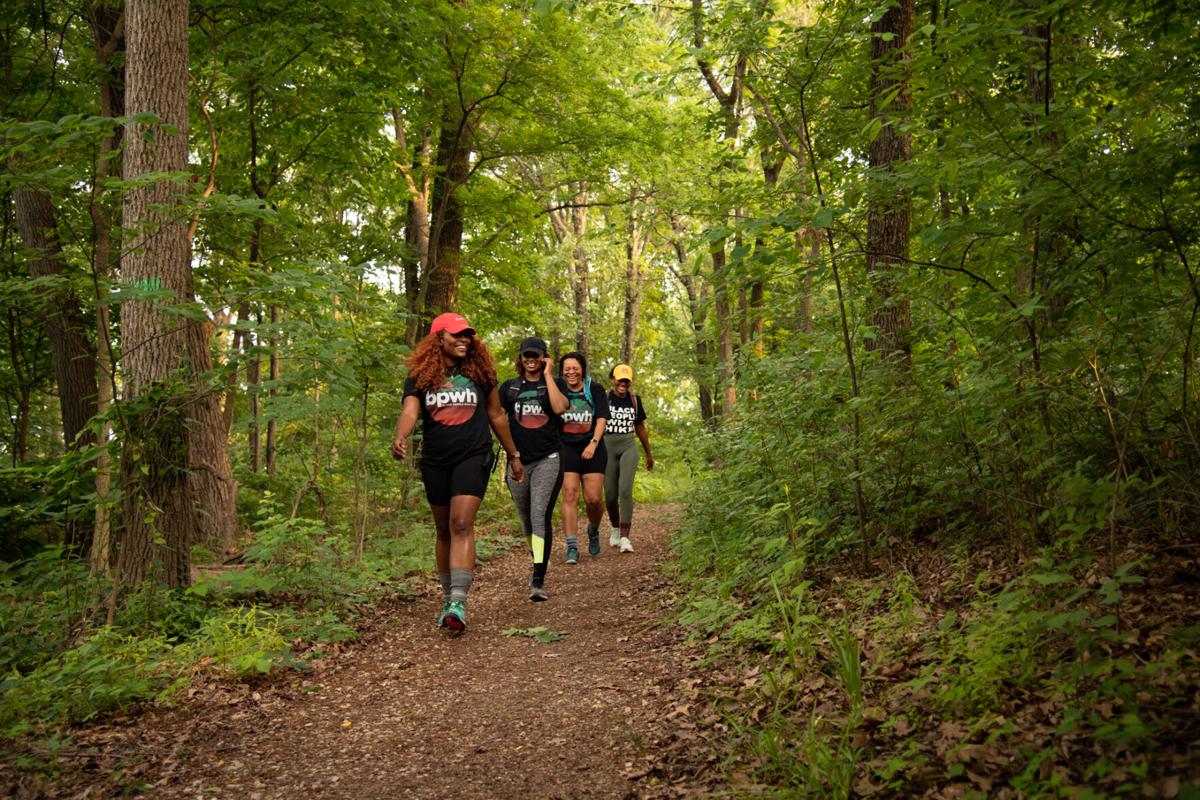 Debbie Njai stepped into the world of hiking for the first time shortly before the life-altering events of March 2020.

“I went on my first hike in August of 2019,” Njai says. “I was going through a lot personally, and hiking was something always in the back of my mind that I wanted to start, but I didn’t really know how to get started.”

With the help of a good friend who had outdoor experience, Njai says she was encouraged to go on her first hike at Castlewood State Park in Ballwin. While the trail was a brief 1.7 miles, Njai remembers feeling like the hike was exactly what she needed. The beauty of the park provided therapy, and so Njai began hiking every Sunday for the next 40 weeks.

“When I was hiking, I noticed a couple of things,” Njai says. “I didn’t see anybody else on the trail that looked like me. I was so in love with hiking, and I was trying to share it with people that I knew and looked like me.”

Historically, Black people have been excluded from the conversation and representation of people who enjoy the outdoors. People of color were not allowed equally into the National Park system until the 1950s.

The other thing that she noticed was that her invitations to family and friends to join her were not met with enthusiasm. That’s when Njai realized hiking was a need for the community, not just her own network. The group Black People Who Hike was born.

Historically, Black people have been excluded from the conversation and representation of people who enjoy the outdoors. People of color were not allowed equally into the National Park system until the 1950s.

During that time, the National Park System had no regulations of its own regarding segregation in its parks. Instead, it abided by local laws and regulations of the states parks were in. In Northern states where segregation was not enforced, there were no segregation facilities on park grounds. But in states that were formerly part of the Confederacy, segregation was enforced. Of those 11 states, Missouri was included. Even if Black Americans were allowed inside national parks, there was no guarantee of safety, especially during the Jim Crow era.

“This doesn’t apply to all people of color, but Black people typically have this fear of spending time outside,” Njai says. “Majority of the parks that we visit are in rural areas where it may be unsafe to travel, or be out there alone, so that does limit our access.”

Providing the space and encouragement for Black people to begin hiking starts with community, Njai says. She believes having a group of people that represent one another creates a feeling of safety and trust. People have come to hike with Njai’s group and have realized that trails further away from the city can become a barrier. She says people tell her they’d never try hiking if they had to go it alone.

“In Missouri, 87 percent of Black people live in nature-deprived areas. So when you talk about access, it starts with where you live,” Njai says.

To combat this, Njai recommends the AllTrails app, where users can see parks and trails in their area and beyond, as well as locate groups such as Black People Who Hike.

“Try a short trail to start with, and then look on the app to find something super scenic,” she says. “Maybe it has a waterfall or nice overlook. And then, just create everlasting memories.”

Creating Black People Who Hike was a simple venture for Debbie Njai to find other Black people who enjoyed the outdoors like her. But the movement has created something much larger than a local group.

With nearly 30,000 Instagram followers, Black People Who Hike has evolved into a movement around the world. The group has expanded to include any and every outdoor activity, including kayaking, swimming, running, visiting pyramids in Egypt, and more.

The platform began with three followers. But each week, more people joined at a consistent rate for almost a year. When stay-at-home orders were announced, Njai made the pivot to virtual hiking sessions, eventually creating Black Hikers Week online, which included weeklong virtual events on Instagram. That was the moment that the page’s presence exploded, adding nearly 10,000 followers in one week.

But for Debbie Njai, the community she’s built was not about gaining followers. It started with a search for self and a need for calm in the chaos.