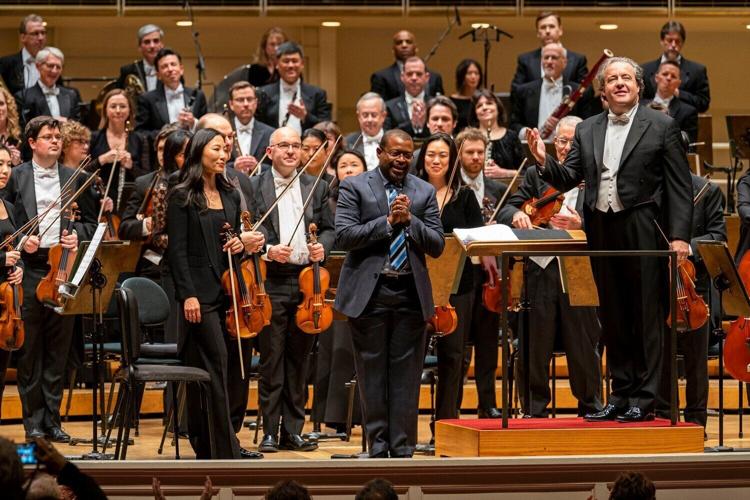 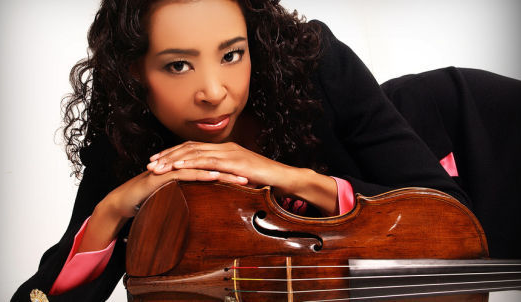 "The Planets" by Gustav Holst, which premiered more than a century ago, is the centerpiece and finale of the program the St. Louis Symphony Orchestra is performing at Powell Hall this weekend. But an almost unbelievable amount of vital, utterly contemporary music passes across the stage before Holst launches St. Louis into outer space - including the orchestra's first performance of two works by Black composers.

The program opens with a world premiere - can't get any more contemporary than that - of "Asteria" by the French composer Guillaume Connesson, born in 1970 and alive and bowing in Powell Hall on Friday night. SLSO Music Director Stephane Deneve told the audience that we would hear in this piece "the sound of falling stars and also how they sing." The namesake of the nocturne is the personification of the starry night in Greek mythology.

Like all but one piece on the program, "Asteria" calls for a massive orchestra - SLSO must have had to buy more musician chairs and consider a stage expansion for this performance. Given the concept behind "Asteria" and the atmospheric music, which did sound like an orchestral version of sound effects for falling stars, having musicians dotted all over the stage was like seeing a sky bright with stars everywhere.

"Asteria" also set the stage for a night of lush romanticism. It has dark moments, as befits a nocturne set in outer space, and includes many quiet features - ripples of harp, rolls on the xylophone, slowly swaying basses - but Connesson's space is a happy space, lit by melody and harmony.

This world premiere gave way to two SLSO first performances of works by living composers of African descent. No, you don't get to say that every day.

For "Primal Message" (2020) by Nokuthula Ngwenyama, born in 1976 from a Zimbabwean father and Japanese mother, the woodwind and brass players left the stage. This piece was originally composed as a viola quintet, and the writing for the individual string instruments has so much distinctive character that I kept hearing a string quartet version in my head. Not that I would want to do without the harp plucked through the heart of the melody or the celesta chiming like an angel.

In "Primal Message," Ngwenyama offers a message of love, another reminder that contemporary classical music need not be discordant or forbidding. But it is also edgy and energetic. The string parts are all so gymnastic  that at the busiest moments I marveled that the musicians weren't crashing into one another, there was so much impassioned body movement. Then everyone stopped cold at the conclusion but for one last wisp of celesta.

The big band came back out and then some for (get ready for a mouthful of title) "Sukkot through Orion's Nebula" (2020) by James Lee III, born in Michigan in 1975 but in Powell Hall for a standing ovation on Friday night. It was an overpowering performance of a piece that explodes with ideas, rhythms and melodies. It sounded like cacophony so carefully orchestrated that you could hear all of the beautiful music that comprises noise if you are only patient and open enough to hear every nuance in noise.

As I was transported by the clashes of dark and bright colors, the urgent low brass and the flute thrills, the raps of the snare and the high eerie violins, I began to watch the conductor's left hand he used to cue musicians as his right hand waved the tempo with the baton. Lee challenged Deneve into a new language for contortions of the human hand, to say so many things in sign language to so many different musicians in such a short, frenzied time. He pointed, he waved, he power-pointed, he inverted his wrist for a reverse wave with a gainer, he did some things with his hand that escape words, but the musicians understood him.

All of that - and then, after a desperately needed intermission - "The Planets" (1914) by Gustav Holst. What most impressed me here was the reverse engineering that Deneve accomplished in putting together this outrageously ambitious and demanding program. If you put together the three briefer premieres, one a world premiere and the other two first performances for this orchestra, you arrive, more or less, at "The Planets."

Holst's masterpiece does have a few unique features undreamt of in the other three compositions. He doubles lines - flute doubling piccolo, flute doubling piccolo and alto flute, oboe doubling bass oboe - to create an atmosphere of not knowing exactly where sounds are coming from. This effect culminated in the seventh and final movement when a woman's chorus joined the orchestra, singing off stage. By then I had grown so accustomed to scouring the stage to see who was playing what that it only gradually dawned on me that I really was hearing something that I could not see. Literally, it was magic.

The first SLSO music director to lead the orchestra in "The Planets" (in 1972) was a nobody named Leonard Slatkin. The most recent (in 2016) was another no-name, some David Robertson guy. This program was so meticulously crafted and imaginatively performed, I have to think Deneve saw that program note coming: Slatkin, Robertson ... Deneve. On Friday night, Stephane Deneve absolutely earned that stellar company. If this orchestra was not yet completely his, it is now.