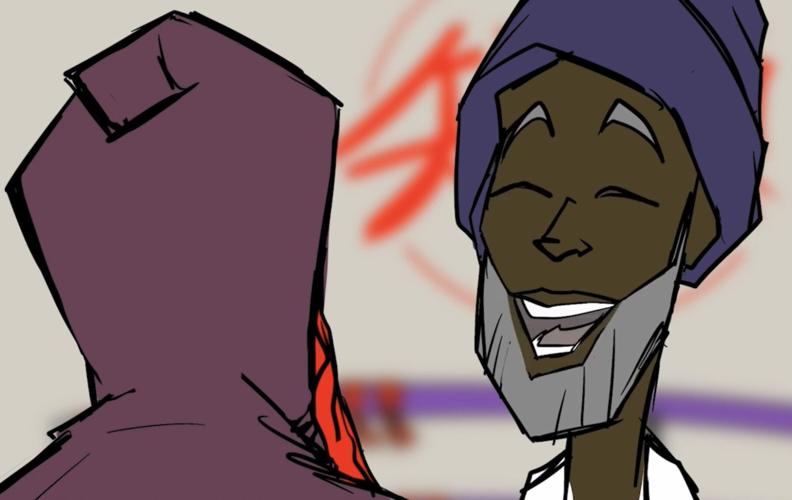 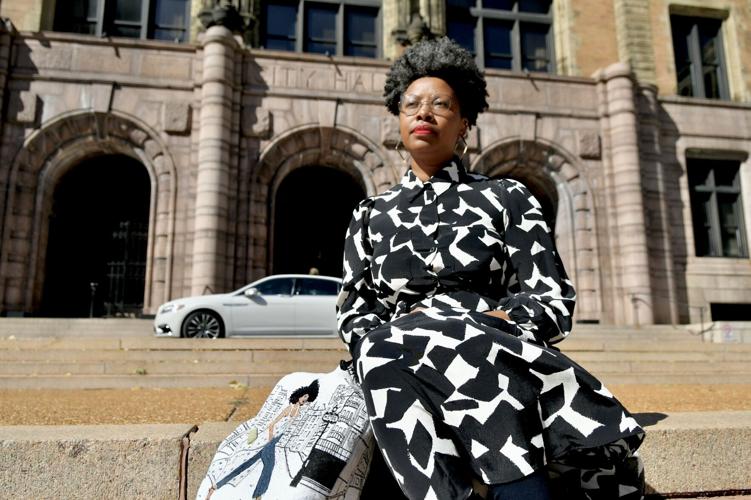 Kelly McGowan, a self-proclaimed health advocate, talks about the legislation of local St. Louis politics in her animated series Straight Facts. The St. Louis city resident isn’t shy about sharing her concerns, dislikes, or downright disdain for some of our elected officials or their policies.

“ I realized through that experience that local government impacts how our environment, and communities are designed,” said Kelly McGowan, a health advocate.

Straight Facts sheds light on how our local government contributes to many of the things that go on in our neighborhoods. For example, development projects, zoning, the closing of our schools, or the opening of liquor stores in our communities.

She helped develop a wellness program aimed at making sure that Black and brown communities are engaging in healthy behaviors for the Missouri Foundation for Health initiative Healthy Schools Healthy Communities. It illuminated many of our region's problems that are beyond access to healthy food options for poor Black and brown neighborhoods.

“I realized through that experience that local government impacts how our environment, and communities are designed,” said McGowan.

During her work with MFH initiative, McGowan visited north county communities and school districts including Riverview Gardens, Normandy, and Ferguson-Florissant.

She noted “how much red tape and hoops” she had to jump through to get free programs addressing healthy eating incorporated in many North county municipalities.

“The fragmentation in north county was eye-opening for me,” said McGowan.

Bordering municipalities don’t collaborate, she said. This created many barriers and challenges, slowing progress on her work.

After ending her time with the Missouri Foundation For Health she immersed herself in talking with the locals about their thoughts and feelings about the elected officials in our region.

She heard concerns that many residents do not have enough time to engage in politics, and residents needed more explanation about zoning, development projects, legislation, and board bills.

McGowan listened to recordings of public meetings and wondered how she could get this information to the public in a way that is easily understood. The Straight Facts concept was born.

“The process to get the series up and running took over a year, but it was a real labor of love,” said McGowan.

The animated series made its debut in September at the Contemporary Art Museum, and the creator says it is “a conversation starter to get people to start asking questions, start calling these politicians out,” said McGowan.

The first season included five-episodes, and covered former and current local elected officials. McGowan hopes viewers walk away feeling empowered and “revved up to make a difference, and address their complaints and concerns.”

“If we show up collectively actively we can make something shake,” she said.

“I want everybody and their mama to see [Straight Facts],” she said.

“Too many of our elected officials feel like ‘who gon check me boo?’ and it’s time we start checking them. They work for us.

She is hoping viewers check out the show on YouTube, in particular high school students. She hopes to partner with St. Louis Public Schools to see how she can collaborate with them on how to incorporate Straight Facts into their curriculum.

“We have to be very intentional about nurturing our students and providing them with the tools to learn more about local government. Teaching them the importance of advocacy. I want to make sure young minds have the right information,” said McGowan.

You can find Straight Facts on Youtube under Kelly McG314.

Ashley Winters is the Report for America reporter for the St. Louis American