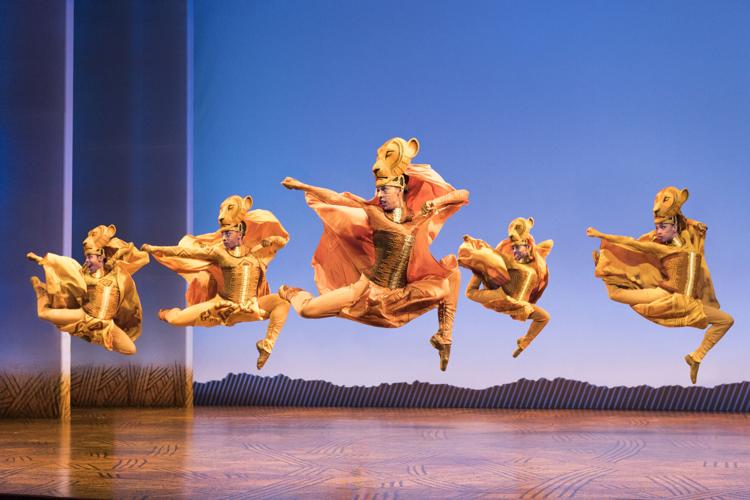 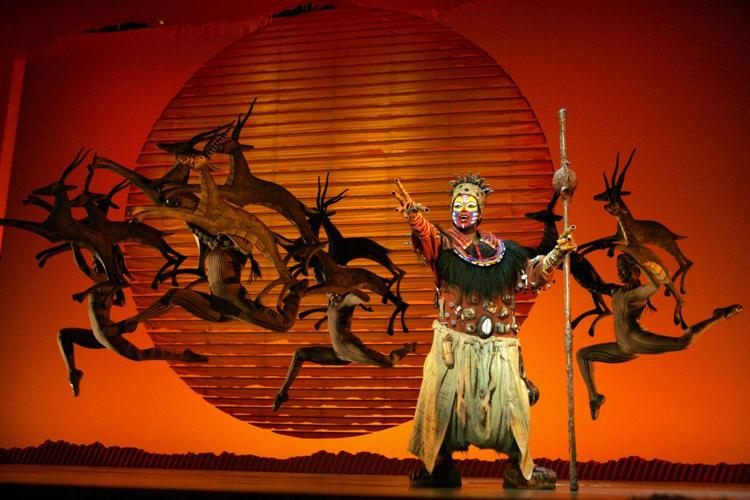 Actors camouflaged as wild animals wearing costumes and masks represented what could be found on the African savanna. The interactive ensemble marched down the aisles of The Fabulous Fox Theatre last on June 2, 2022, for “The Lion King,” a musical touring show.

Late comers are required to wait in the lobby for at least 15 minutes because the actors' grand entrance requires movement up and down the aisles.

The classic Disney film premiered in 1994, and the musical stays true to the storyline. Adults have the same nostalgic feelings and emotions as they did as youths when the movie was released.

The obvious difference is that the film has been adapted into a musical, thanks to its Broadway debut in 1997. It is the third longest-running show in Broadway history.

The stage design by Richard Hudson was eye-catching the moment the curtains opened. The scenic oasis backdrops of the Motherland include mesmerizing hues of orange and bronze. You almost forget you’re inside one of St. Louis’ most visited venues and not on a grassy brown wetland of Africa.

Don’t assume the production is strictly for youths due to the animal puppetry designed by Michael Curry. Adults can still fall in love with the presentation. Zazu, the obnoxious but caring hornbill, played by Jürgen Hooper, was excellent at staying true to his character’s quirky and loud essence while doing puppetry.

Best friends Timon (Nick Cordileone) and Pumbaa (John E. Brady) were also brilliant puppet masters, starring as a witty meerkat and a greedy warthog with unlimited jokes and always on board for an adventure.

Hyena trio Shenzi, Banzai, and Ed, played by Martina Skyes, Forest Vandyke, and Robbie Swift, were the comic relief the audience needed in a layered storyline full of life lessons and lots to think about.

Jordan Pendleton shines as the production’s eager lion Simba, who’s on a self-discovering journey of figuring out his place in the jungle. His interactions with his father, Mufasa (Gerald Ramsey), are heartwarming. He displayed his admiration for wanting to be just like his father and aspiring to be King of the Pride Lands.

Ramsey was amazing, showing his concern and love for his young son’s well-being while still being firm in his expectations.

Antagonist Scar, the envious and villainous uncle of Simba and Mufasa’s brother (Spencer Plachy) was the star of the production we love to hate. He was everything we hope a villain can be; manipulative, quick-thinking, and suspicious. Spoiler alert:  He especially stood out in his manipulation ploy to make Simba believe he was responsible for his late father’s demise, when he was the true culprit for Mufasa’s deadly fall in a stampede.

Nala, Simba’s childhood friend and innocent crush, is portrayed well during Farrah Wilson’s onstage interaction with Pendleton in it’s cute display of kids being kids, clueless about what the future truly holds for them romantically.

Like the film, Mufasa’s death left us emotional and teary-eyed. It was heartbreaking to see a great father die in a situation that could’ve been avoided. It leaves Simba sad and grieving, taking him as far as going into exile for believing he was the cause behind his father’s passing.

Act two gave us adult Simba (Darian Sanders) and Nala (Kayla Cyphers) returning after a brief intermission. It is exciting to see the pair reunite since many assumed Simba, too, died in the stampede. He hadn’t. He was alive and well, with many rejoicing to see him, including the memorable spiritual advisor Rafiki.

After much deliberation from his peers and lots of thinking, Simba came to his senses and knew it was time to take over the reins as king like his father would have wanted. He defeats his evil uncle in a duel in a joyous celebration and claims the throne as king.

The closing number, a mashup of “King of Pride Rock” and “Circle of Life,” left the crowd standing and unison screams of joy for Simba’s victory.

The “Lion King” musical is family-friendly, funny, entertaining, and will leave you crying both tears of happiness and sorrow for everything the cast and crew left behind onstage.

“Lion King” runs at The Fox Theatre now until June 19.

Spiritual care as a weapon against gun violence