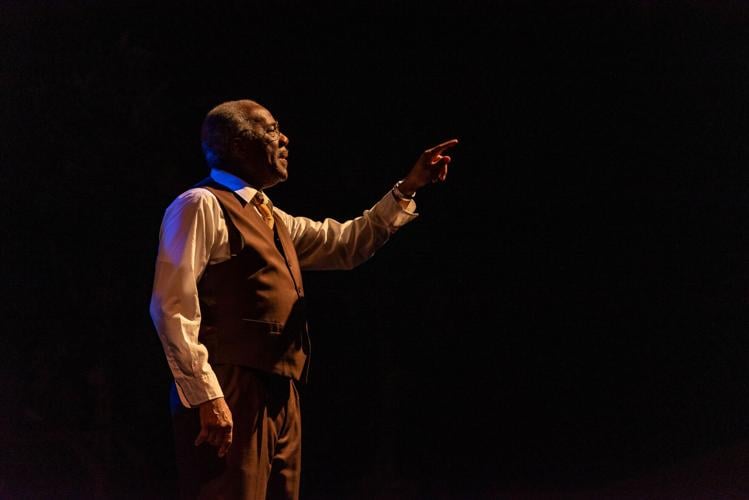 Ron Himes plays Willie Lomax in the Black Rep's production of Arthur Miller’s “Death of A Salesman” at the Edison Theater until Jan. 29. 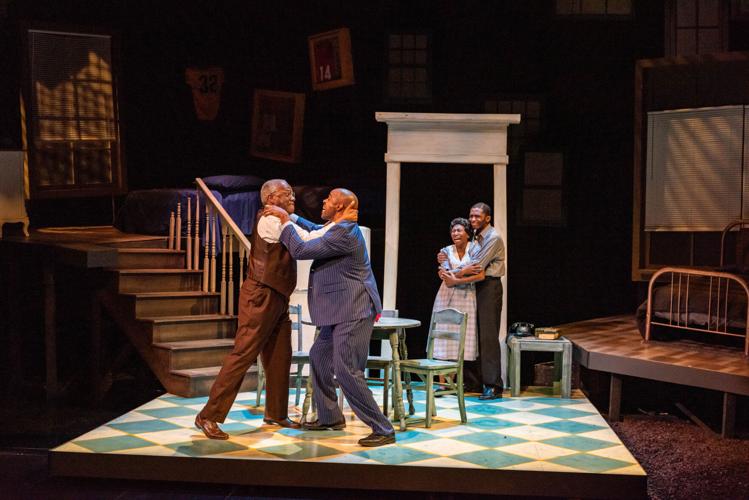 The Black Rep's production of Arthur Miller’s “Death of A Salesman” at the Edison Theater ends Jan. 29.

The play begins in 1949 Brooklyn, New York, but looks back in time at the the life of traveling salesman Willy Loman.

His gripping performance allows the audience to identify with the struggles of working class Black men in the 1940s.

Old age challenges Willy.  Willy can’t move around much like he once could and his vision isn’t as sharp as it used to be.

To top it all off, his job is paying him practically pennies, which means he isn’t bringing home much bacon. This causes him to get behind on bills and falter as the head of his household. His late boss’ son Howard Wagner (Franklin Killian) eventually terminates Willy from his job of 35 years.

Neighbor Charley (Jim Read) and Willy bump heads a lot but they’re more alike than they think. The biggest difference between the two neighbors is race, Charley is white, while Willy is Black. Rather than see his friend suffer, Charley offers to pitch in financially, but Willy is too proud to take his or anyone else’s help. A lot of men struggle with feelings of inadequacy if they can’t properly provide for their family and these feelings might keep them from asking for help from another man.

Unsure of how to cope with all his adversity, Willy regularly contemplates and attempts suicide. Not the easiest person to get along with, Willy is often judgmental, rude, condescending, and controlling —his behavior largely stems from his predicament.

Throughout the play Willy has flashbacks from the past about the good old days. This causes him to disengage and become disoriented in the present.

Willy’s brother Ben Loman (Kevin Brown) is briefly introduced during his flashbacks.  He constantly compares himself to his brother and idolizes him.  He wants to be just like him.

Linda has been with Willy every step of the way. While Willy isn’t always the nicest to his nurturing and patient wife, she sticks by his side no matter what.

After their sons Happy (Christian Kitchens) and Bliff (Chauncy Thomas) left the nest and become consumed with their own lives, Linda stays by Willy’s side as his health deteriorates. Linda lets both of the men know that they should’ve been there more.

Willy’s relationship with his sons, specifically Bliff has been rocky for quite some time. Bliff wants the opposite of the life Willie desires for him.

An estranged father-son dynamic is accurately portrayed. The theme of lies, deceit and betrayal is shown when Bliff catches his father in an affair with a white woman (Emily Raine-Blythe), only putting an even deeper wedge between them. Willy tries to deny the evidence and this upsets Bliff because he saw his father dig himself into the situation.

Happy’s difficulty being satisfied with his current circumstance and his dating woes add more layers to the play. He thinks juggling several women and acting as a “player” make him “the man.”  He seems unaware of what makes a real man.

As the title suggests “Death of A Salesman” sadly closes with Willy purposely crashing his car and his family mourning at his funeral.

Linda’s tearful ending remark, “We’re free Willy, we’re free,” is bone-chilling. It leaves the audience to question what freedom looks like and means.

The Black Rep has a couple more shows of “A Death of A Salesman from now until Jan. 29 at The Edison Theatre.