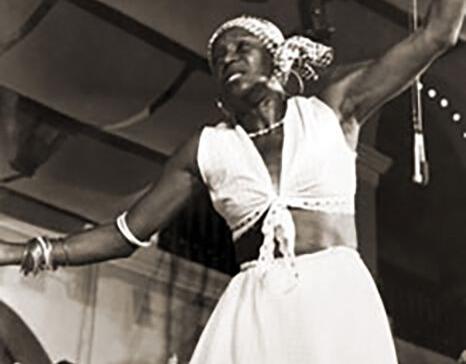 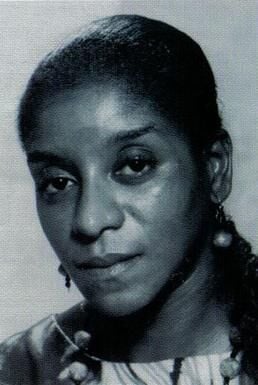 Stories like Sylvia del Villard's journey from Puerto Rico's capital of San Juan to the segregated South in the 1950's are not too common. So it fits that during Afro-Latino awareness month from September 15 to October 15 light is shed on Villard's story.

"The experience she had in Tennessee made a big impact on her and made her realize the value of Black Culture," Artist, Oxil Febles said.

Villard (1928-1990) took a chance to study in the South, in the midst of Brown v Board of Education, and before a 6-year-old Ruby Bridges would be chastised for daring to get educated. Villard was born and raised in Puerto Rico and moved to study sociology and anthropology in Tennessee at the HBU of Fisk University.

"Her mission was to include African history, not as an oddity, not as exotica but as an integral part of what it is to be Puerto Rican," said Dr. Marta Moreno Vega, President, and Founder of Caribbean Cultural Center African Diaspora Institute.

It was very uncommon for Latinos to migrate to non-coastal states during the first half of the 20th century. So uncommon in fact, according to Latinx, there were fewer than 6,000 Latinos in Tennessee despite a population of more than three million in 1950.

Villard though initially disturbed by the South's flagrant racism, this same experience later empowered and fueled her.

"In Puerto Rico, racism existed there just as it did it the mainland US,” Moreno Vega said.

Villard would become well-known in Puerto Rico primarily for Afro-Boricua Ballet where she would dance to Afro-Antillean and Negro Spirituals. Villard danced in Puerto Rico for Compañía Asociación Latinoamericana de Cultura.  She performed in Valley Without Echo, in Palesiana y Aquelarre, Palesíanisima, Witches of Salem, The Boy Friend, The Crucible, and Kwamina.

"Many Puerto Rican people said what she was performing was not Puerto Rican," Moreno Vega said.

She explained Villard pushed diversity and the African culture to the fore-front of entertainment at a time when eurocentrism was predominant.

After Villard left the South because of the racism she completed her studies in Puerto Rico then moved to New York, where she became an actress, dancer, and choreographer, embracing and incorporating her African roots in her work and art.

"She was our Angela Davis," Moreno Vega said. "The Black movement of the late 60s was something she took to Puerto Rico."

Villard encouraged and inspired Afro-Latinos to embrace their African heritage.

She did not shy away from using her voice either and was arguably ahead of her time publicly condemning blackface in the 1970s. She took a stance and faced backlash from the Puerto Rican television industry when she called out actress Angela Mayer's 1974 film featuring blackface. Villard went as far as to publicly call the blackface repulsive and said Blacks are "tired" of it.