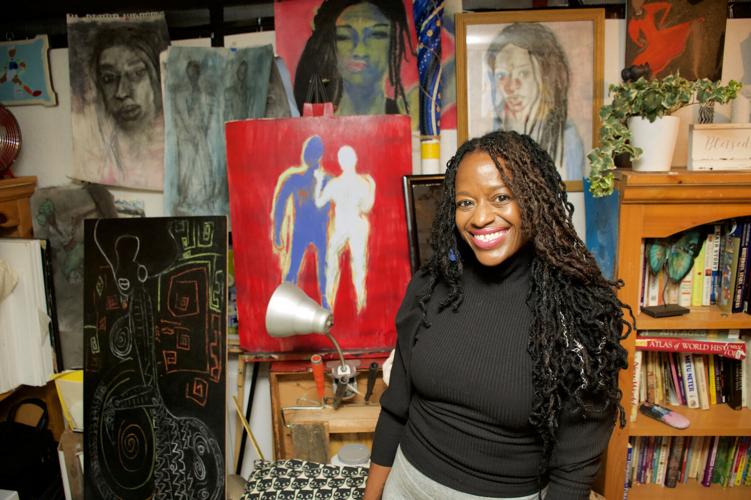 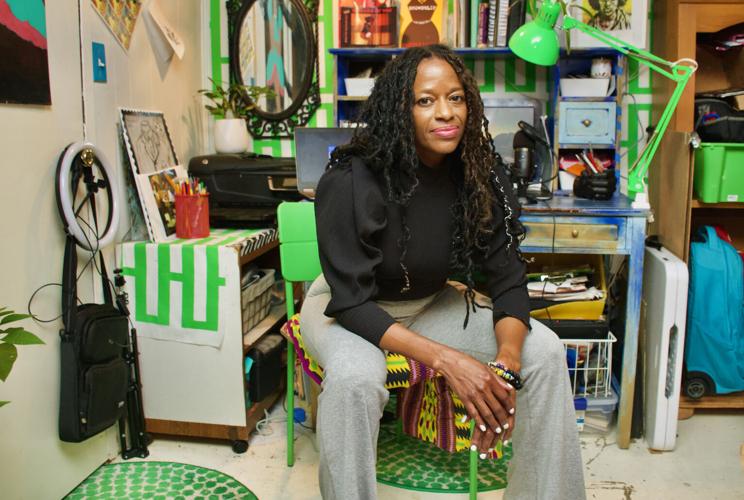 It was enough to break almost anyone.

By late March of 2020, Mantra Lotus made the tough decision to close her business. The pandemic and safety precautions to contain it kept customers away from Regeneration, the daycare and homeschool she had operated in North County for 25 years. A month later, in April, Lotus’ twin sister died from a drug overdose. Lotus already had temporary custody of her twin’s two daughters. Due in part to the pandemic, Lotus was overloaded with emotions and great grief. Suddenly, the mother of two grown daughters, caretaker of her sister’s children and a grandmother who had just closed her business, found herself feeling like she had to do more.

“I was losing it,” Lotus recalled. “But I realized that everybody was in a place of trying to figure out their lives and what they were going to do. The world as we knew it had stopped. It helped to realize I wasn’t the only one who had to make moves, get ingenious and figure out what we were going to do.”

Real life, in a way, had prepared Lotus for COVID’s challenges. Grief and trauma were introduced in her and her twin’s life at an early age.  Her father was physically abusive to her mother. Her mother, Lotus confessed, “wasn’t able to deal with it, so she turned it on my sister and me.” The daughters were traumatized by the abuse in the family, but they coped with it differently. Lotus explained:

“Because of the abuse we took on different energies. She hid her pain through self-medication. Mine was more passive, kinda timid, more eternal.”

Whereas Lotus’ sister abused drugs, Lotus continued the cycle by getting involved with an abusive man for about 14 years. After winding up in the hospital severely beaten, she vowed to break the generational cycle of domestic abuse.

“I had to, for the sake of myself and my daughters. I had to take the time to see who I was and what I was going to be.”

“I realized that everybody was in a place of trying to figure out their lives and what they were going to do. It helped to realize I wasn’t the only one who had to make moves, get ingenious and figure out what we were going to do.” – Mantra Lotus, poet, author, and founder of The Loose Women’s Sanctuary

Lotus left the father of her daughters, started her daycare business and, in 2020, published “Brownslip: A Loose Woman's Memoir.” The word “loose” indicates a sense of freedom, transcending boundaries and obstacles. The book of poetry, prose and short stories tackles the misconceptions related to generational gender bias, misogyny, domestic abuse, self-hate, and other gender-related issues.

Although she was overwhelmed by the loss of income and her sister, Lotus discovered she was equipped to deal with the challenges.

“I realized I had done more healing than I knew. The grief brought me into a more spiritual place. My sister’s sudden death, along with five other people I lost to COVID, made me realize that this life we’re leading isn’t permanent. It was not the time to sit in grief; it was the time for me to quit playing and go ahead and do what I’m meant to do.”

The pandemic and personal loss inspired Lotus to double down on her existing skills. She marketed artistic services such as website and logo design and focused on selling her greeting cards, art and self-published books.

Accepting the fact that she was not alone during these chaotic times, Lotus decided to share her journey and invite other women to do likewise. She started “Hello Goddesses” a daily podcast that shared brief meditations and affirmations for women. Response to the podcast led to the development of “The Loose Women’s Sanctuary,” which focuses on empowerment and recovery from traumas of the past.

The website invites licensed therapists, spiritualists, business consultants and other experts to help women deal with pain, doubt, and other debilitating obstacles.

“We have all experienced it.” Lotus explained. “We understand how self-doubt can take over if the proper self-love language is not spoken. We know how important heart-healing is and that facing some of the most devastating experiences can be frightening. However, through experience, we recognize that the veil must be lifted.”

Here too, Mantra discovered kindred spirits. According to UN Women, an international organization dedicated to gender equality and women’s empowerment, one in three women worldwide experience physical or sexual violence mostly by an intimate partner. Since the outbreak of COVID-19, the agency notes, violence against women and girls has intensified exponentially.

The Loose Women’s Sanctuary not only provides a safe place for women to deal with domestic violence issues, but it has also become an entrepreneurial source for women starting or trying to hang on to their businesses during the pandemic.

In just a few months, the Loose Women’s Sanctuary has transcended from a virtual gathering place to a bona fide national movement. Lotus has taken the program on the road hosting conferences with other experts in conjunction with agencies like the Atlanta Chamber of Commerce.

Lotus hasn’t quite replaced the income she lost after closing her daycare. But she is starting to see positive results from monetizing her gifts.

It may be hard for many to accept but COVID, Lotus insists, is a blessing.

“Women have been forced to develop their skill sets. We have been forced into innovation, creating things out of air, developing programs and courses. All these things that are popping up since the pandemic began and what women are doing…well, it’s simply beautiful!”