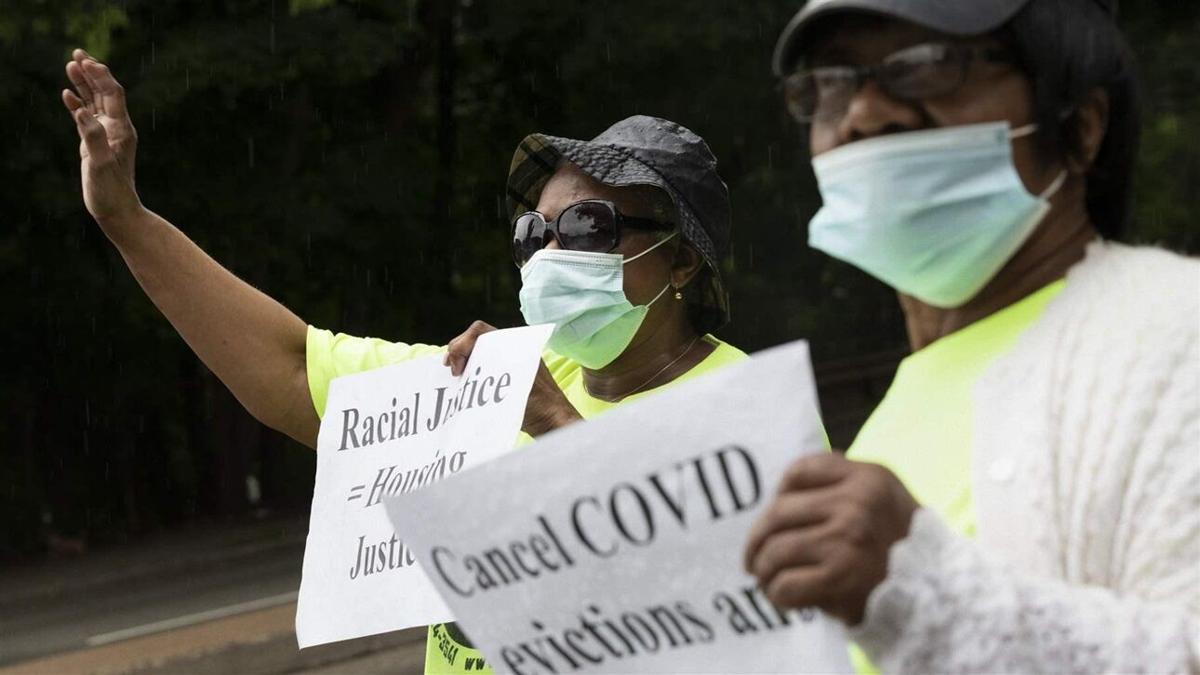 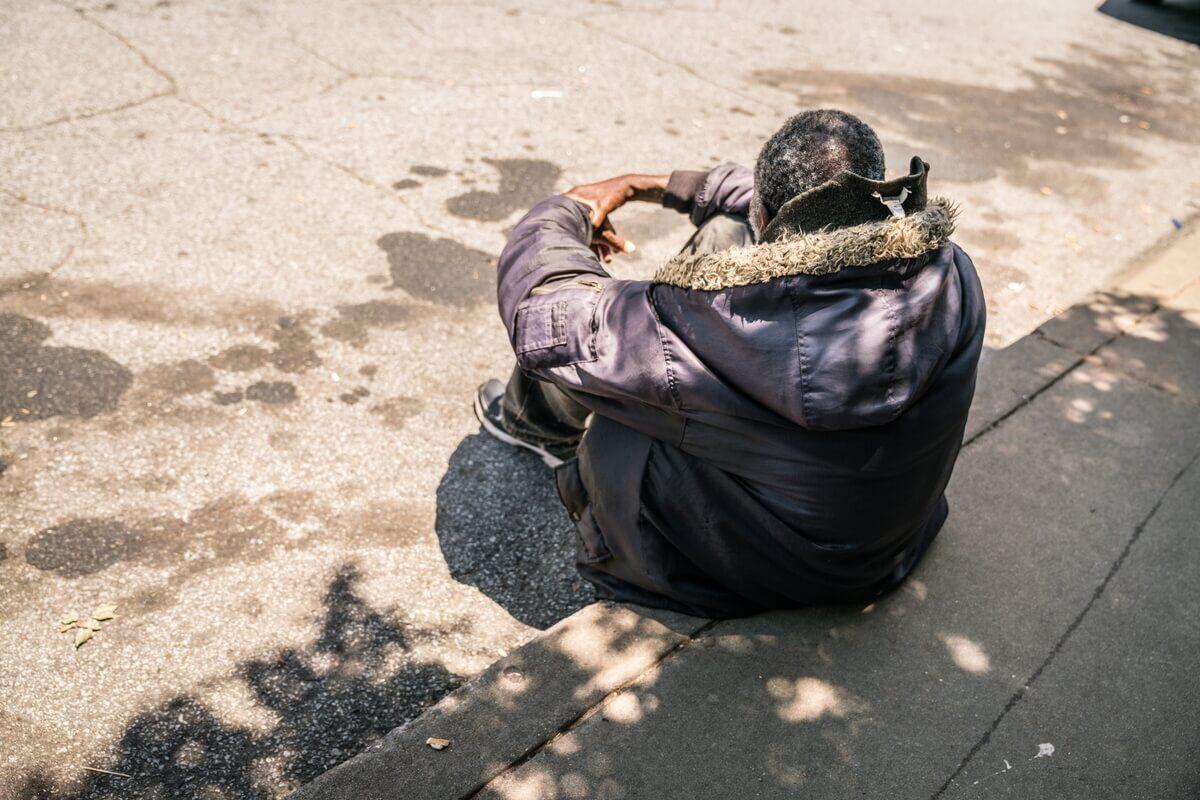 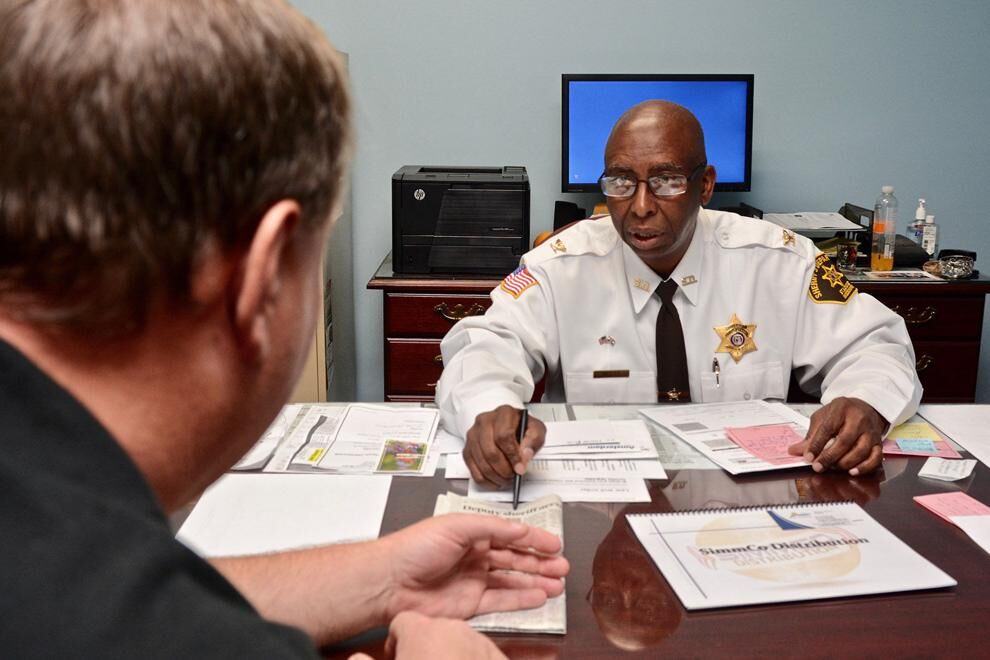 St. Louis Sheriff Vernon Betts meeting with a staffer in his office.

A holiday reprieve in residential evictions in the St. Louis area has ended, as law enforcement officials showed up at multiple homes in the new year, according to city and county officials.

The evictions come even as the city and county look for new help in channeling $12.4 million in rental assistance funds to residents in need.

Both the city and county took a pause over the holidays, at least on paper.

Technically, St. Louis County was governed by a council-backed evictions moratorium over the holidays. Even so, between Dec. 22 and Jan. 5, the county sheriff  acted on at least 44 eviction requests approved by the courts.

That includes at least six cases in which people were physically removed from their homes, said John O'Sullivan, communications director with the St. Louis County Courts in Clayton.

Circuit Court orders. If he had failed to do that he would have violated several state statutes,” he said.

In 30 cases the properties already were empty, which one housing expert said is a frequent occurrence when residents are threatened with eviction.

Whether mindful of the county moratorium or just in the holiday spirit, attorneys cut down on the number of eviction requests filed during that period, O’Sullivan said.

The county received 35 court-approved eviction orders after Jan. 5. Of the 33 cases the Sheriff’s Department acted upon, 26 properties were vacant and one person was physically removed. More actions are scheduled in the days ahead.

Last August, the U.S. Supreme Court struck down a federal eviction moratorium established by the Centers for Disease Control and Prevention almost a year earlier to try to reduce the spread of COVID-19.

Researchers at Princeton University estimate that while the moratorium was in place, the U.S. saw at least 1.55 million fewer eviction filings than normal.

Since the federal forbearance lapsed, eviction protection largely has been a patchwork of local edicts, some more enforceable than others.

The city of St. Louis also took a holiday hiatus on processing evictions, with city Sheriff Vernon Betts declaring, “I don't want anybody calling me the Grinch. Don't call your sheriff the Grinch.”

“We got to a point just recently during the holidays where we suspended evictions altogether,” Betts said. “I had the power and privilege to make that call. So during the holidays, we did not do any of that,” unless the evictions were from “nuisance properties,”  or involved a crime.

“But the normal citizen, we suspended that,” he said.

Forty five evictions were approved by the courts between Jan. 3 and 10 in St. Louis, according to Lt. Neil Hogan of the city Sheriff’s Department. Of those, 10 were canceled. Hogan did not have information on how many of the 35 evictions actually executed involved residents still on the premises.

In December, 38 evictions were approved, with 17 executed and 21 canceled.

“Evictions are few and far between but they are happening,” said Clarice Lipsey, a housing resource specialist and tenant advocate who works with the Metropolitan St. Louis Equal Housing and Opportunity Council.

And the current temperature drop “complicates everything,” she said. “We're at that point where we don't know where the funding is quite yet to provide rental assistance or relocation assistance for individuals facing eviction. You have families who … have to leave and have no resources.”

More than 1,700 city of St. Louis residents who applied for rental aid between April and December 2021 were able to get help with their housing problems through the Emergency Rental Assistance-1 program. That program is now on hold.

The original program was coordinated through the city’s Department of Human Services. At least seven local agencies were contracted to process rental assistance applications online and in person.

Now, the city is “working diligently with St. Louis County on the selection of a new [program] provider in the new year to streamline the disbursement of funds and improve our process moving forward,” said Nick Dunne, a spokesman for the St. Louis Mayor's Office.

The city and St. Louis County have issued a joint request for proposals to help distribute the next round of funding, called ERA-2, he said.

Residents who applied for help before Dec. 30 will have their documentation submitted to the new provider, who will contact them. Those who applied for ERA-1 funding will be given priority when ERA-2 funds are dispersed.

There are about 2,930 people on the waiting list, Dunne said.

For those in need of immediate help, the State of Missouri also has a rental assistance program, called State Assistance for Housing Relief. Residents can apply by visiting the state’s website or by calling 833-541-1599.