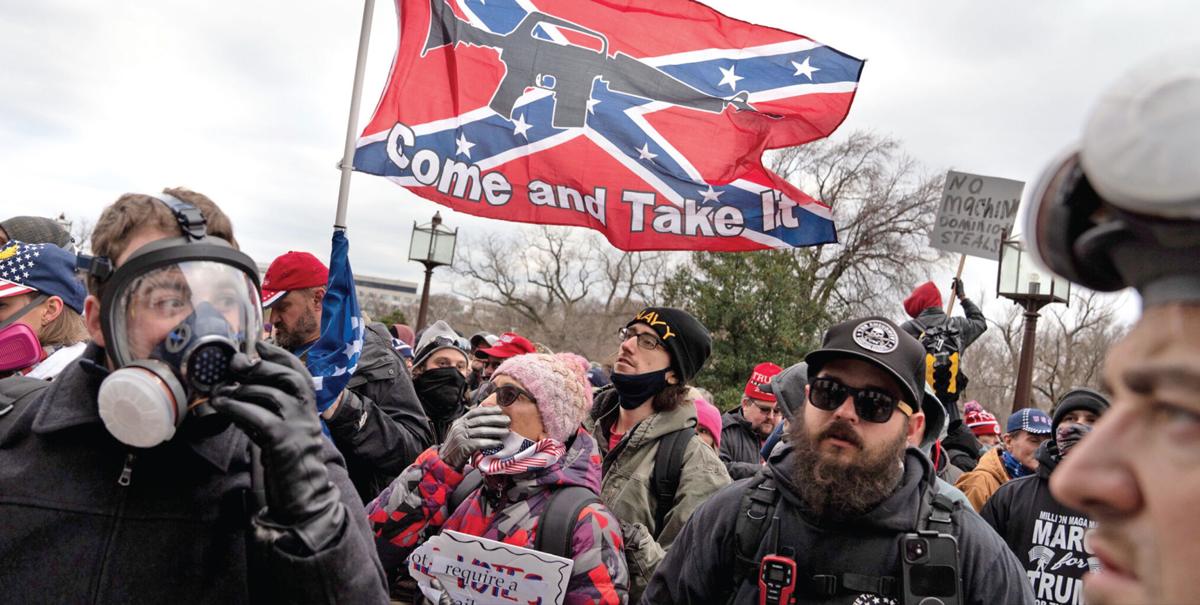 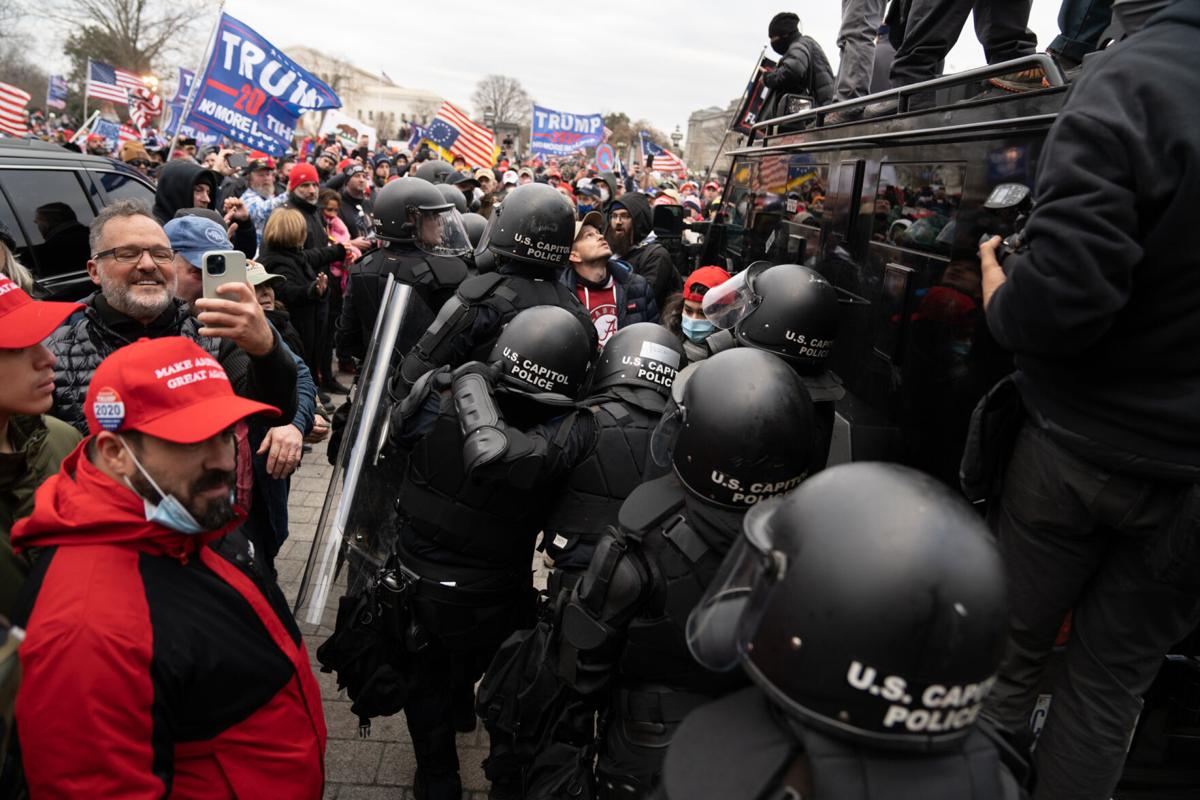 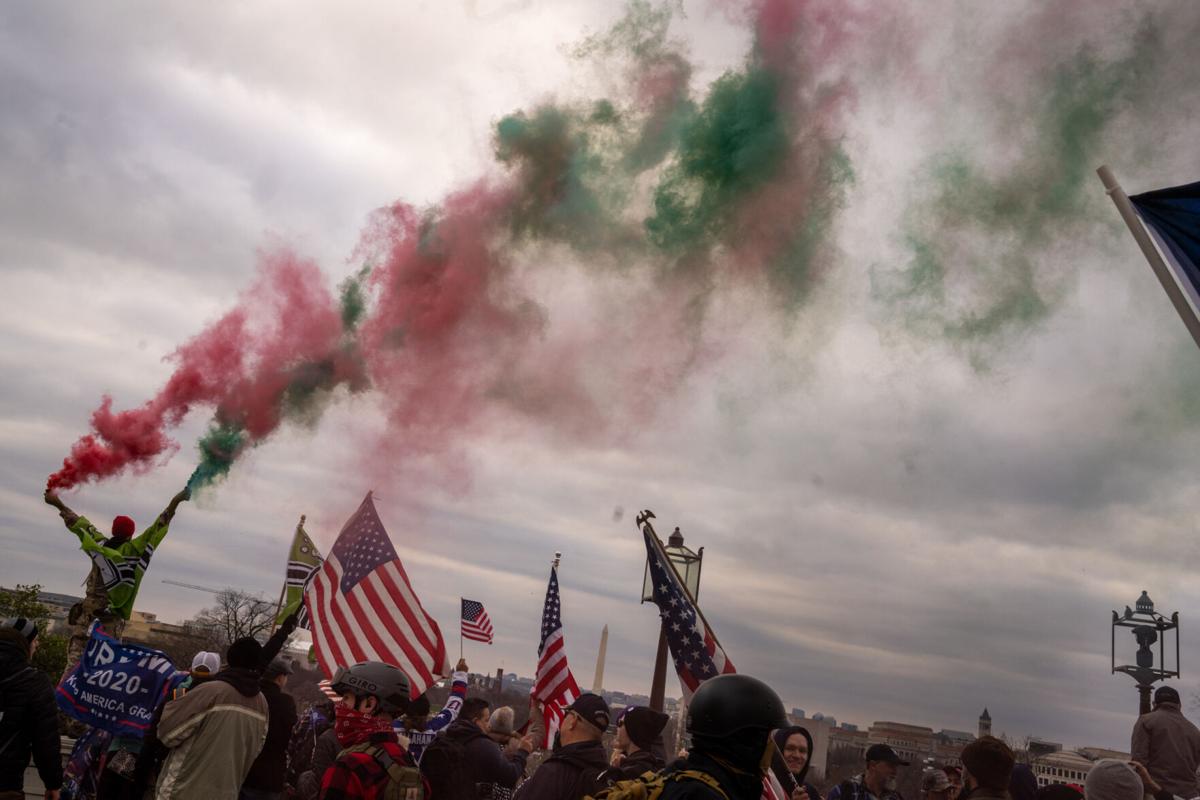 The chambers of the U.S. House and Senate were breached Wednesday by protesters from a nearby Trump rally, overwhelming security and sending elected officials and staff into hiding.

A 6 p.m. curfew was ordered by the mayor of Washington, D,C.

The storming of the Capitol forced security staff, with guns drawn, to barricade doors and order staffers and elected officials to hunker down behind chairs and desks.

Apparently stoked by President Donald Trump to march over to the Capitol, hundreds if not thousands of Trump supporters did just that. Within a short time Wednesday afternoon, they stormed the nation’s chief legislative house, overwhelmed Capitol Police and sent legislators and staff into hiding, some with gas masks.

The takeover forced  members of Congress to suspend debate on the process to approve the Electoral College vote to confirm former Vice President Joe Biden as the next president of the United States.

Capitol Police called for help from other police agencies with responses from Washington, D.C. police, the Secret Service and nearby Maryland and Virginia who were to send state troopers and national guard units.

Reports that Vice President Mike Pence and House Speaker Nancy Pelosi were secretly hustled away from the Capitol building could not be immediately confirmed, nor could reports of shots fired and more than a dozen people injured. National media also reported an improvised explosive was found on Capitol Hill grounds.

While the president on Twitter urged supporters to protest peacefully, Biden went on national television to urge protesters to stand down.

“At this hour our democracy is under assault,” Biden said. An assault on the rule of law. This is not dissent, it’s disorder … It’s not protest, it’s insurrection … The world is watching.”

Missouri Congresswoman Cori Bush, D-1st District, issued a statement saying she plans to introduce a resolution demanding expulsion of members of Congress who have violated their Oath of Office by inciting a domestic terror attack at the U.S. Capitol.