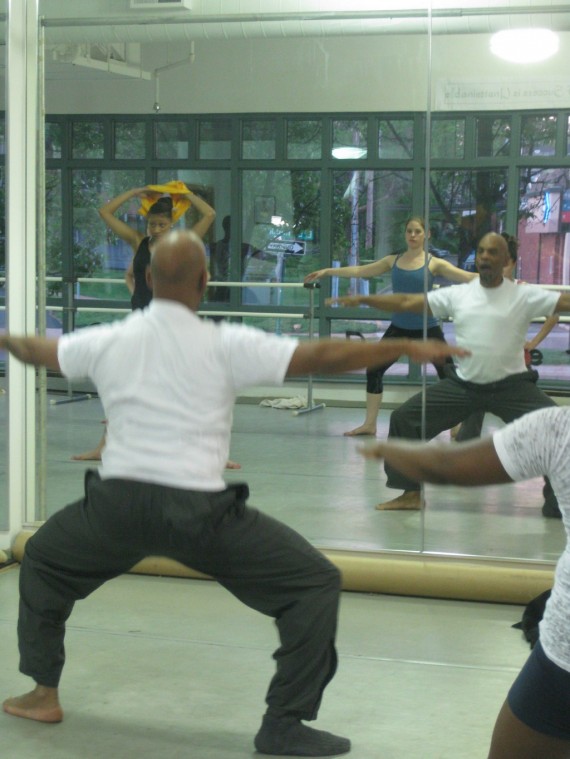 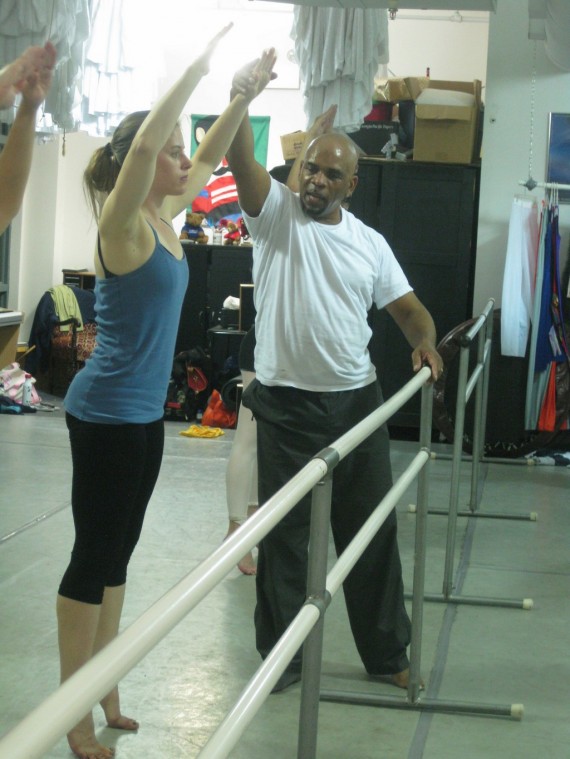 Triple-threat performer Keith Williams learned to dance the way he learned to walk and talk.

With the whole family watching, clapping and making their own moves, the youngest of seven grew up getting down, at home and at church picnics in mid-century East St. Louis.

Williams, 57, studied drama in high school, and he never took a dance class until college. While majoring in physical therapy at the University of Illinois at Urbana-Champaign, he happened upon a class at another school, Southern Illinois University in Edwardsville.

There, he fell in love – with the Katherine Dunham technique. Taught by Dunham company original member Archie Savage, the class changed his life.

“I was blown away by the culture and the rhythms. It moved me so much that I transferred,” Williams said.

In the mid-70s, Midwestern boys eyeing a dance career risked ridicule when it came to telling their parents. But Williams’ family embraced his choice.

“I was very fortunate; I didn’t grow up with inhibitions about who I was and being a man, being a strong man,” Williams said. “So I had a freedom that a lot of men possibly didn’t have – particularly men growing up in a place like East St. Louis.”

As a student at the Katherine Dunham Center for Performing Arts, Williams took master classes from Dunham herself, who was by then in her mid-60s. But dance was only part of the program.

“At the Dunham school, you have to study everything: dance, acting, voice, languages and drama,” Williams said.

Williams’ only sister Debbie Griffin realized her younger brother had a special talent when she saw him in a college production of “Porgy and Bess.”

“That’s when I knew my brother was going somewhere,” Griffin said.

In 1979, Williams was among a group of dancers who accompanied Dunham to New York City.

“I had a taste of New York and Carnegie Hall and that was incredible for me. And my mother had a chance to see me perform in Carnegie Hall,” Williams said.

While in New York, Williams decided to take advantage of the city’s dance offerings. Then, following a couple of Muny seasons and acquiring his equity union card, he went back to New York.

Williams performed in “Once on This Island” and “Legs Diamond” on Broadway and in numerous Off-Broadway shows. Touring shows including “Porgy and Bess,” “Five Guys Named Moe,” “Bubbling Brown Sugar” and “The Music of Andrew Lloyd Weber” took him to Europe, Japan and Australia. As he danced, sang and acted around the globe, Williams sent Dunham a program from each of his shows.

Dunham, who died in 2006 at the age of 97, was a social activist and author as well as a choreographer of more than 90 dances.

“Ms. Dunham’s whole thing is that, as a human beings, we should not only be conscious of our spirit and our energy in class but we should carry that out into the world so we are contributors to the world,” Williams said.

Following his certification, Williams returned to teach where he’d been taught, at the Katherine Dunham Center. Later, he became an adjunct instructor at Washington University and Lindenwood University. He’s also worked as a teacher-in-residence at various universities across the U.S. and in other countries.

In 2004, Williams’ career in education took a different turn. Since then, he’s been teaching academic subjects in the St. Louis public elementary schools. As he worked on his advanced degrees, substitute teaching gave him an income and a flexible schedule.

Now, he enjoys teaching a Katherine Dunham class on Monday nights at Caston's Ballet Academie in Webster Groves. A self described “single soldier,” he has a grown son and 15-year-old grandson in San Antonio. In 2008, Williams received an master's of art in directing at Lindenwood, and he’ll complete an MFA in directing from Lindenwood this spring.

Along the way, he won a wide array of awards including a Woody King Jr. Award for best actor in “Damn Yankees” and Kevin Kline Awards for best supporting actor in “The Full Monty” and Best Choreography in “Sarafina.”

With his second master’s degree, Williams hopes to become a university professor and he may eventually pursue a Ph.D. Visiting Africa and Brazil are also goals.

“The main thing drives me is the blessing of another day,” Williams said.

Edited slightly and reprinted with permission from stlbeacon.org.

Partyline: The last days of 2021 at Shade Restaurant and Bar