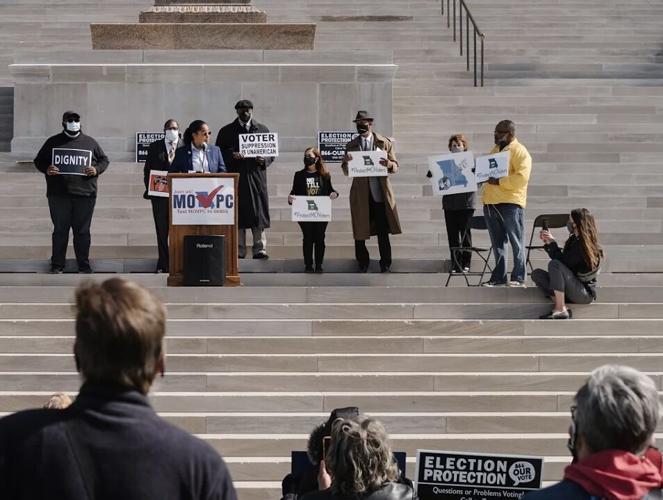 A crowd attends a rally as part of the 2021 Missouri Voting Rights Lobby Day at the state Capitol in Jefferson City, Mo., on March 31. The Republican-led House approved a bill that would impose strict photo ID and other requirements on voting. 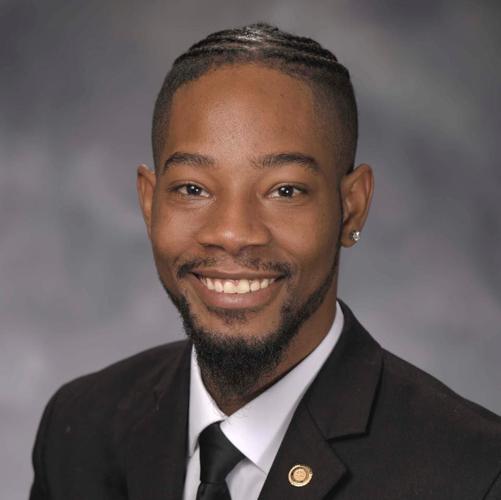 Gov. Mike Parson has signed a "voter photo ID" into law after Republicans in the state legislature rammed a bill through during the final hours of session.

Unfortunately, our 48 Democratic votes in the House of Representatives could only go so far in a body with 108 Republicans. A nine-hour filibuster from Senate Democrats, frankly, wasn't good enough.

According to our chief elections officer, Republican Secretary of State Jay Ashcroft, Missouri's 2020 elections were safe and secure. Yet, he had pushed hard for voter suppression laws. By his own admission, election fraud is not a problem in Missouri.

25% of Black Americans over 18 do not have a government-issued photo ID, according to the American Civil Liberties Union. Under this new law having one would be a requirement to vote.

Not only is this law pointless, but it's also something the Missouri Supreme Court rightly rejected in 2020. You already need to identify yourself to vote; requiring a photo ID is just another way for politicians to avoid input from Black people and the working class.

Under this law, you could spend a year in jail, be fined up to $2,500, and lose your right to vote if you offer someone an absentee ballot application or register more than 10 voters without permission from the government.

It requires you to sit in a series of lengthy caucus meetings to cast your vote in Presidential primaries and allows Ashcroft’s office to remove certain citizens from the voter rolls, a measure that other states have used to target Black voters.

Finally, it eliminates the COVID-19 health and safety measures for voting. COVID-19 mail-in voting options and ballot drop boxes will no longer be available. We are still in a pandemic that has disproportionately affected the Black community, and provisions like those will only set us back in the case of a future pandemic.

This isn't an effort to prevent fraud. It is another part of the centuries-long systematic movement to stifle the voices of Black voters. When Black people turned out in droves for former President Barack Obama, state legislatures and the Supreme Court made access to the polls more restrictive.

The Supreme Court's decision in 2013 to weaken the Voting Rights Act by removing the requirement for states with histories of racially discriminatory practices to get approval from the federal government before enacting voting laws is a prime example.

After Black voters effectively sealed the fate of former President Donald Trump in 2020, Republicans revitalized their push to disenfranchise Black voters under the guise of "election integrity," following false claims of election fraud in locations with high minority populations.

I stated on the House floor that the bill “this is the most egregious bill when it comes to impact on people who look like me." I was fortunate I even got to speak as Republicans voted to cut off debate, leaving several of my colleagues' voices unheard.

Republicans had plenty of chances to speak, and their rhetoric was dangerous to our Democracy.

Elected officials spreading doubt about our most sacred right will jeopardize that right for all Americans. For our historic experiment in self-governance to work, we need leaders who believe in it. This means being honest with their base and telling them these laws weaken our government.

We need leaders who believe every eligible citizen should vote, whether they agree with them.

It cannot truly be the people's government if people's voices are limited.

These laws will go into place on August 28th. In the upcoming August 2nd primaries, we need to come out strong, get friends and neighbors registered, and out to vote.