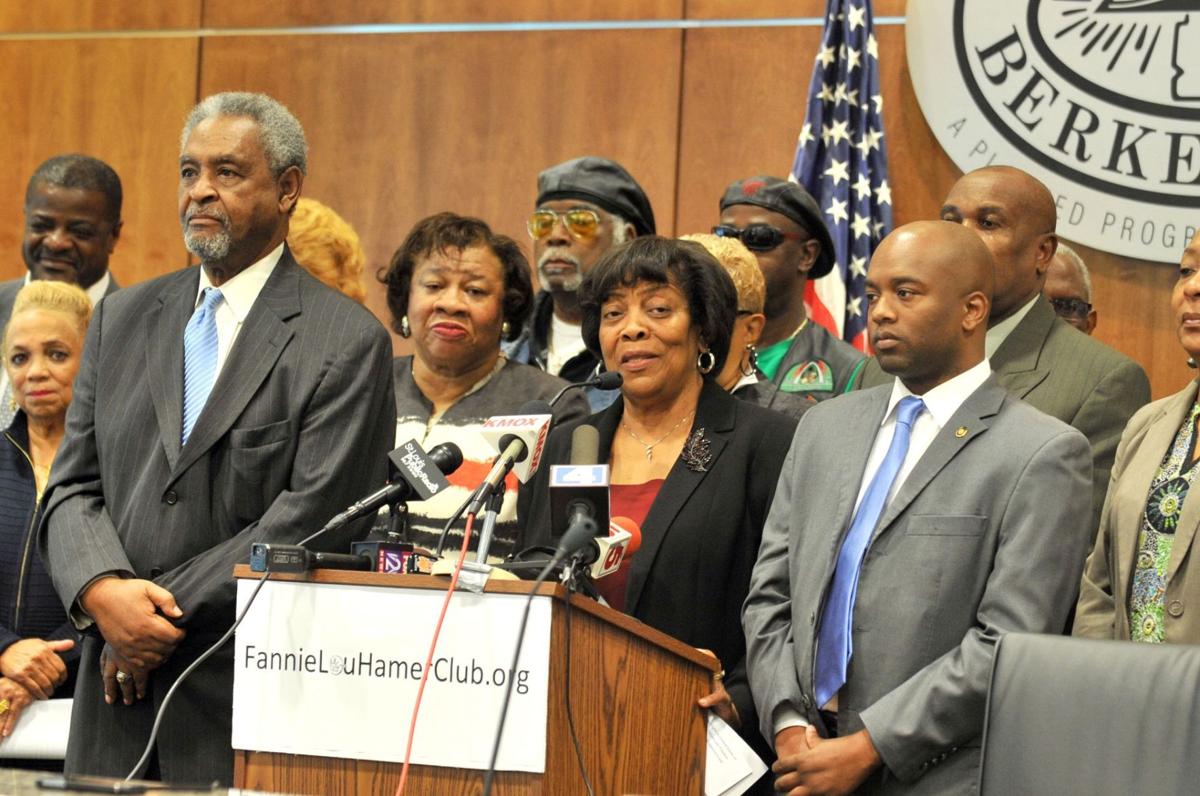 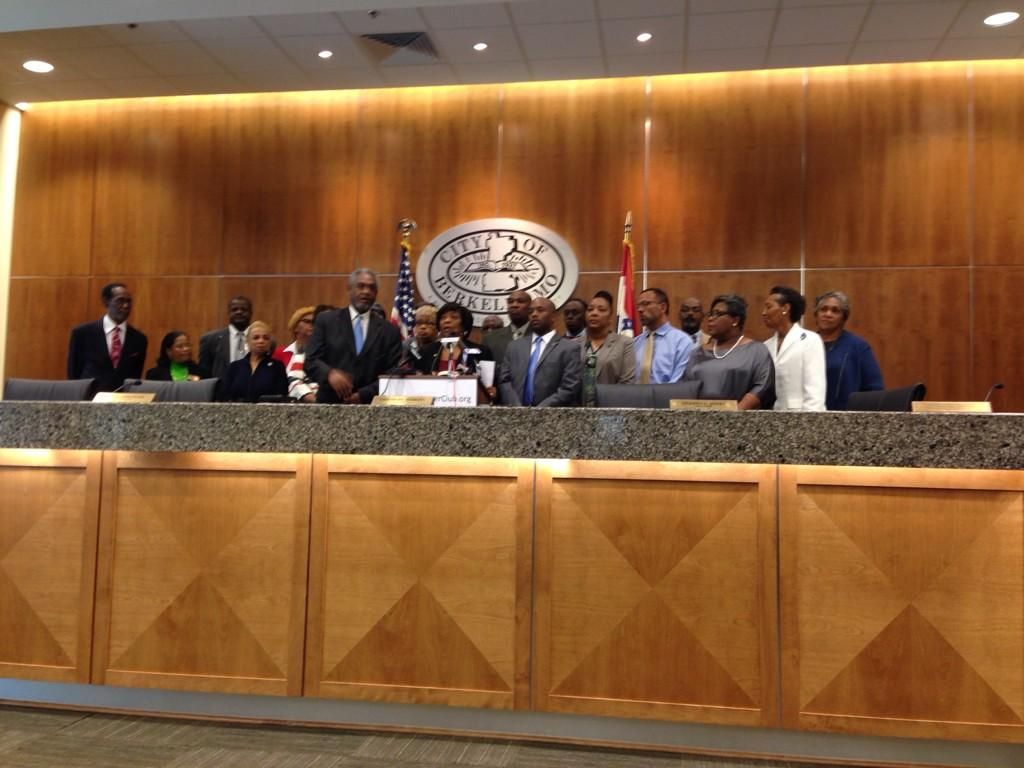 St. Louis County African-Americans are “sick and tired of being sick and tired,” said political leaders Wednesday at a press conference held at the City of Berkeley City Hall.

More than 30 elected officials in St. Louis County have joined the Fannie Lou Hamer Democratic Coalition of St. Louis County, a new political organization that will address the “disparate treatment” and “disrespect” of African Americans in the county. The coalition will address issues including economic development, health care, education, housing and the criminal justice system.

“We are all serving notice that we are not going to support candidates just because they have an insignia of a donkey behind their name,” said Hazel Erby, St. Louis County Councilwoman of the 1st District, and the press conference.

African-American residents are tired of choosing candidates that are disinterested in helping their communities, she said. Erby said Gov. Jay Nixon and St. Louis County Councilman Steve Stenger are among those who have disrespected black county politicians and residents. Berkeley Mayor Theodore Hoskins also named St. Louis County Prosecutor Robert McCulloch as one who blatantly disregards the black community.

Erby, who represents most of Ferguson, has been called the “center of gravity” of the coalition. After the county council failed to pass recent inclusion bills and government officials ignored their voices during the Ferguson protests and Normandy schools crisis, Erby commented to her colleagues that she was “sick and tired of being sick and tired,” quoting Fannie Lou Hamer, the iconic and historic leader of the Mississippi Freedom Democratic Party.

Thus, the wheels were put in motion, and many young African-American politicians have been organizing to help make the coalition a reality, leaders said.

“We are sick and tired of being disrespected as both taxpaying citizens and elected officials by those we look to for leadership in higher office,” Erby said.

In the suburbs, the political units are often so small that political power never has the necessary concentration to make change, said Mike Jones, senior policy advisor for the Office of County Executive Charlie Dooley. African-American political leaders never have enough traction to represent their black constituents in a power structure “that is not included to be inclusive,” Jones said.

“Hazel and the others are correcting a structural flaw,” Jones said. “This is black leaders organizing themselves to put themselves in a position to represent the interest of African-American voters who make a difference on who is going to run the county.”

In St. Louis County, Jones said the margin of victory for the Democratic Party is largely dependent on black voters.

At the press conference, Ferguson resident Darren Seals, 27, asked the coalition leaders how they planned to organize the youth. Seals said he’s lived in Ferguson most of his life and the only relationship he’s had with police is being jumped and harassed. He called the Ferguson protests a “young men’s war.”

Seals told the coalition that most of the youth are not going to follow them, but they will follow young men like him who have been on the ground since day one of the protests. He asked what they plan to do to mentor young leaders. The coalition said they will work with Seals and Jeremy Rhone, another young resident who attended the press conference, to make their voices heard.

At least 20 elected officials surrounded Erby at the city hall podium as she made the announcement.

“A collective is louder than just one,” said Shonte Harmon-Young, president of the Board of Aldermen for the City of Moline Acres. “I have not experienced such a collective voice where everyone is on the same page, and it is high time. I believe it is historical, and I’m so excited.”

and you'll keep on voting democrat over and over again, no matter what. even when the white democrat party dumps about 12 million illegal white hispanics ahead of you in line for public and private resources, you'll still be voting democrat. and they know it.

Christopher Hicks now on Wyman board

Carolyn Seward appointed to board at Wyman