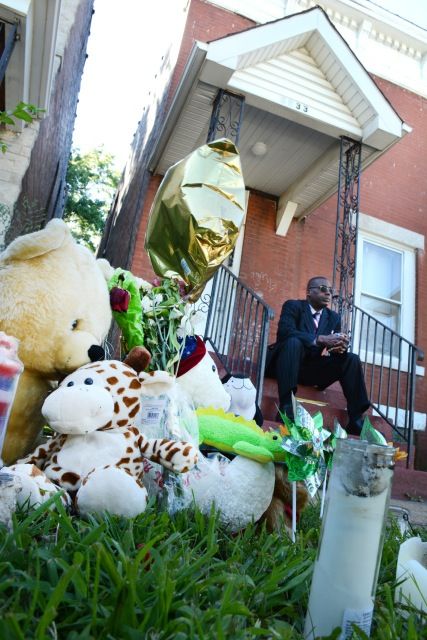 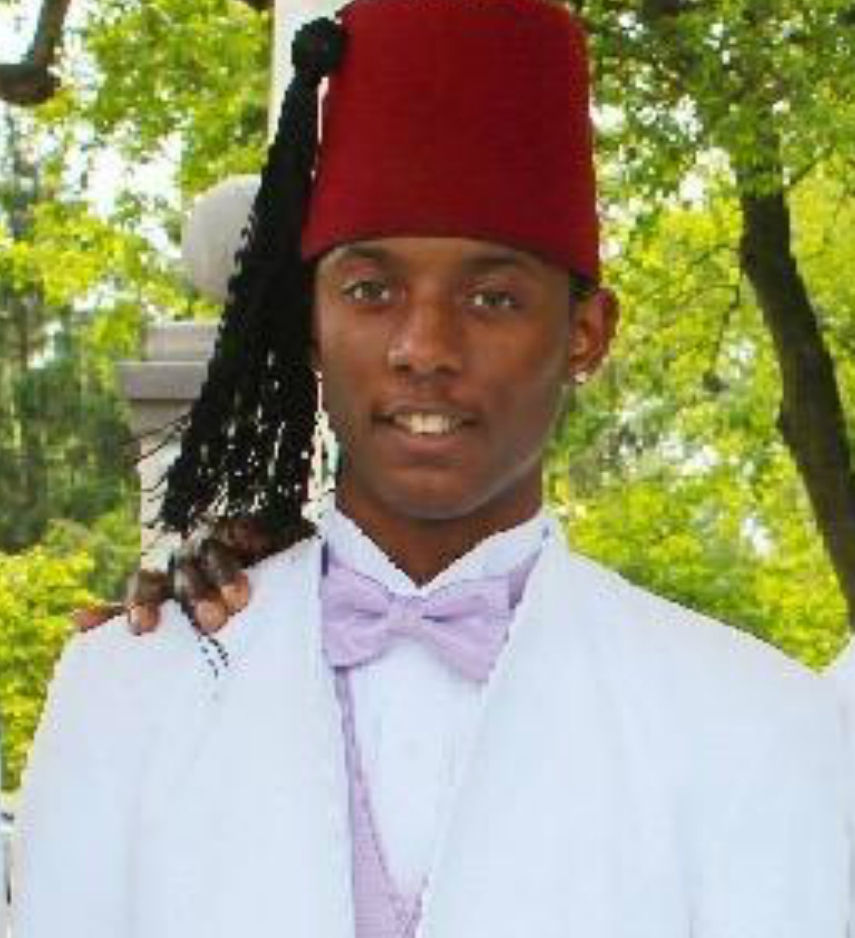 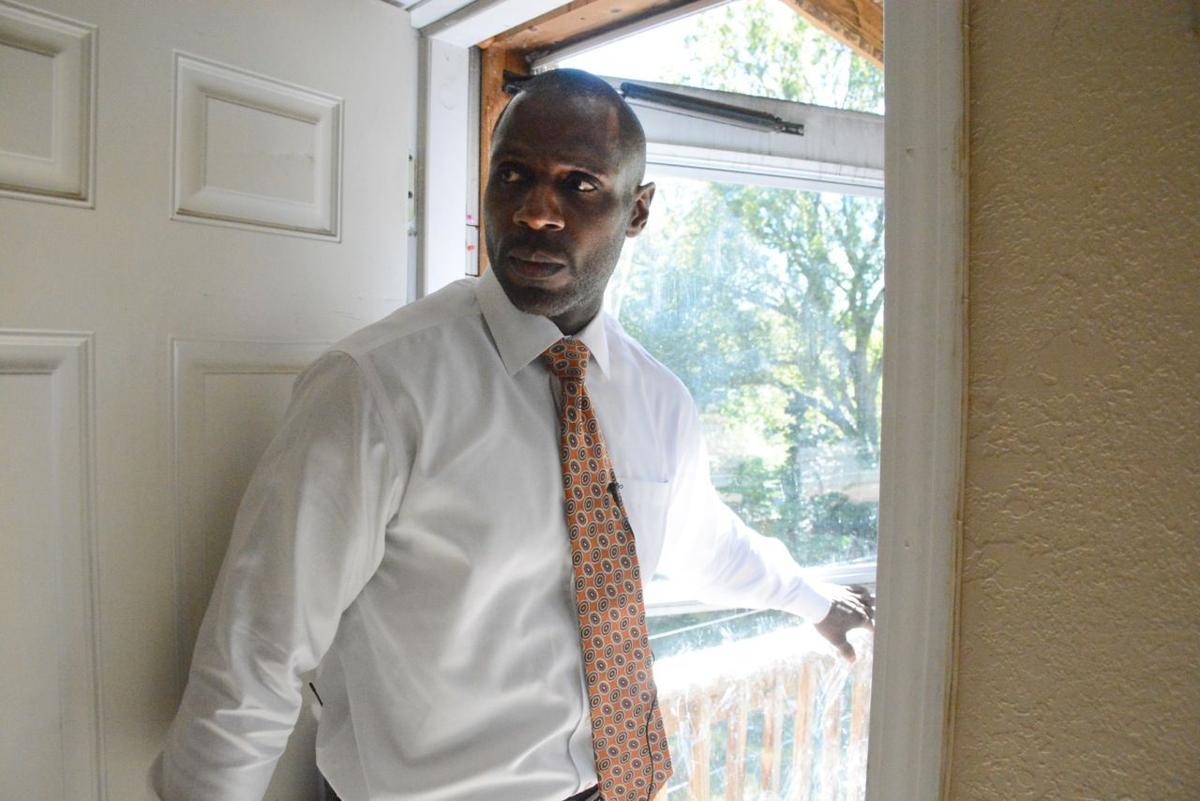 Mansur Ball-Bey, 18, was not inside the house when St. Louis city police executed a search warrant on August 19 in a Fountain Park home, said attorneys representing Ball-Bey’s family at a press briefing today at the site where police shot and killed Ball-Bey.

He was an innocent bystander watching the raid with his friend two houses away at 1233 Walton Ave., said the family’s attorney Jermaine Wooten.

The story completely contradicts what police have said transpired when members of the police Special Operations Unit and Tactical Team searched for weapons and drugs at a home near Page Boulevard and Walton Avenue that Wednesday morning. The raid ended in Ball-Bey’s death on the front lawn of 1233 Walton Ave.

Police said that Ball-Bey and a 14-year-old, both black males, fled out the back of the house that they were raiding and ran into the alley.

Sgt. Roger Engelhardt, head of the police department’s Force Investigation Unit, attended the attorneys’ briefing and confirmed with Wooten – away from the media – that the witness told police that Ball-Bey was not in the house, Wooten said. However, to the press, Engelhardt said he could not say what the witnesses told them. He said police had four witnesses but did not specify how many of them were police officers.

At the briefing, the attorneys walked through the house that the police had raided, as well as the yard where Ball-Bey was pronounced dead two doors down.

Ball-Bey had just gotten off of work at Fed-Ex, where he worked the morning shift starting at 4 a.m., said attorney Jerryl Christmas. Ball-Bey and a 14-year-old friend were sitting on the back porch at 1233 Walton Ave., Christmas said, and Ball-Bey was waiting for a ride from his brother to go back to his home in Spanish Lake – where he lived with his family. They heard the police forcing entry into the building two doors down at around 11:30 a.m.

They were watching from the middle of the backyard when two police officers in plain clothes walked up and pointed guns at them, according to what the 14-year-old told Wooten. The boy also told him that the police didn’t say to stop or put their hands in the air, Wooten said, and they ran because they were afraid.

Police have said that Ball-Bey pointed a gun at them and then ran. However, the attorneys said the two did not have weapons.

“Mansur had just come from his job at Fed-Ex,” Christmas said. “Why would he have a gun? None of the witnesses we’ve talked with said he had a gun.”

Wooten told the St. Louis American that Ball-Bey’s record was “squeaky clean,” and he was in the neighborhood to visit relatives.

Police said they recovered the gun that they say Ball-Bey had. However, at the briefing, Engelhardt said the attorneys had witnesses that they have not heard from, and they would be interested in interviewing them as well. Police have not yet interviewed the 14-year-old who witnessed Ball-Bey’s death.

On August 21, the St. Louis city police department’s preliminary autopsy results showed that Ball-Bey died from a gunshot wound in the back. Many felt this confirmed that he was running when he was killed and not preparing to fire at the officers, as police claimed.

However, Police Chief Sam Dotson told the St. Louis American, “There were two officers, and they weren’t standing in the same spot.”

When asked if the investigation showed that one officer was standing in front of Ball-Bey and the other at his back, he said that’s still under investigation.

Wooten pointed to inconsistencies in the police’s story. He said that in a house raid, there would have definitely been a “tactical team” stationed at the back door to ensure the security of the officers inside. Ball-Bey would have never gotten past the back porch – especially armed – if he was inside the house, he said.

Also, the gunshot wound went straight to an artery that leads to the heart, he said, and it would have been “impossible” for Ball-Bey to run two houses away,  as police have claimed, after they shot him. He died almost instantly, he said.

The two officers involved in the shooting are described as white males, ages 33 and 29, both with about seven years on the police force. Both have been placed on administrative leave as per department policy.

The St. Louis Circuit Attorney’s office announced Friday evening it plans to conduct an independent investigation alongside the police investigation into the officer-involved fatal shooting.

Christmas said that if the police had body cameras, they wouldn’t have the “controversy that we have right now.”

Dotson said the department does not have any body cameras.