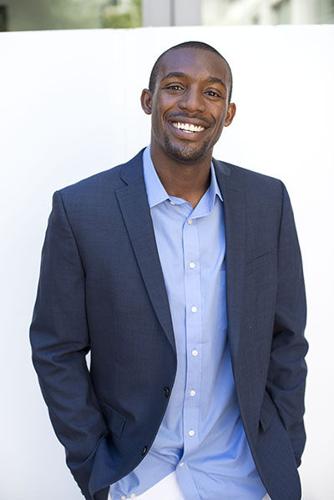 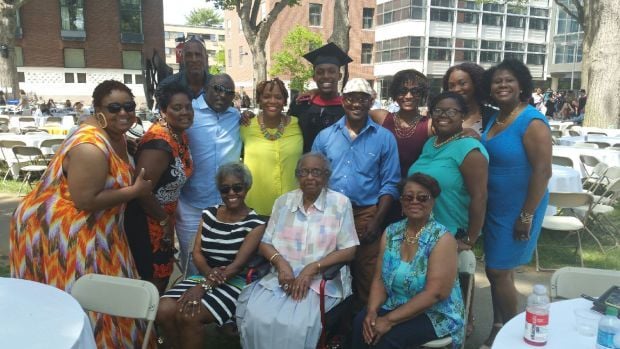 Blake Strode recently celebrated his graduation from Harvard Law School with family. He is returning to St. Louis on a Skladden Fellowship to work on low-income housing issues with Arch City Defenders.

Blake Strode recently celebrated his graduation from Harvard Law School with family. He is returning to St. Louis on a Skladden Fellowship to work on low-income housing issues with Arch City Defenders.

As a student at Harvard Law School, native St. Louisan and former tennis pro Blake Strode would often spend his weekends in Boston knocking on the doors of recently foreclosed homeowners.

Sometimes the families wouldn’t even know their houses were in foreclosure, said Strode, who graduated with honors in May.

“We’d ensure them that they have a lot of legal rights,” he said, speaking of his work of Project No One Leaves, a student practice organization, “and try to help them weather the storm of foreclosure.”

Before Ferguson exploded in the fall, Strode said he might have pursued a career in Washington, D.C., where he had worked the past two summers – including an internship with the Department of Justice in the civil rights division’s voting section. However, the police brutality cases in Ferguson, Cleveland and Baltimore became a “defining theme” for many of his classmates, he said, and they spent their last year in law school holding “die-ins” and questioning the legal system.

“For a lot of students, it changed our focus, and it changed the kind of work that was being done by students,” he said. “It changed our conception of justice so that people saw the legal imperfections in lot of ways – which is huge and the first step in creating change. That’s what’s happening in St. Louis.”

Strode has decided to return to St. Louis to work with the Arch City Defenders, the nonprofit that has pushed for systematic reform of municipal courts in Missouri. Strode said there’s a lot of energy focused on building a more equitable region in his hometown, and he wants to be part of “harnessing” that energy towards helping marginalized residents. That’s one of the things that drew him to Arch City Defenders, he said. The nonprofit provides legal aid to such residents, including homeless, battered spouses, veterans and low-income residents.

“Arch City is a good example of an organization that is giving people a means to have a voice in our legal system,” Strode said, “and working to protect and preserve the laws that currently exist while fighting to expand those rights.”

Strode received a Skadden Fellowship, which will allow him to lead a two-year project on housing law issues at the firm. His project will focus on building stronger partnerships between community organizations and legal services regarding displacement work. The idea is based on the models of several organizations he worked with in Boston, including City Life Vida Urbana, which helps people to stay in their homes.

He said he’s aware that these are major problems that have developed over time.

“I’m under no misconception that I will fix things that need to be fixed in two years,” he said. “If in two years there can be greater access to legal services generally, and specifically on housing issues, and people feel more plugged into a housing justice movement, that would be a huge success.”

Until the end of last summer, Strode said he didn’t imagine coming back to St. Louis. However, he was home when Michael Brown Jr. was shot and killed on August 9 by a Ferguson police officer, and he witnessed the first three days of unrest.

It reminded him that national trends are often “addressed better in communities that you know and understand,” he said.

Strode grew up in Berkeley and then moved to Bridgeton when he was about 12. The former Pattonville High tennis star closed out a brilliant collegiate career at the University of Arkansas with a remarkable run through the NCAA Tournament. Then he played professional tennis for three years and traveled the world. And though it’s been 10 years since he’s lived in St. Louis permanently, he said it’s always been home.

Last year, Strode came across the Arch City Defenders while reading a Washington Post article about their work in North St. Louis County. He reached out to the organization’s executive director Thomas Harvey and asked if they were hiring. Harvey said he would be interested in sponsoring him in the Skadden Fellowship because there was a big need around housing issues, such as evictions and foreclosures.

“It just so happened that I had done a fair amount of that work in law school,” Strode said.

Strode wants to focus on community education and advocacy as much as the legal services component. He believes it’s important to empower people to fight for themselves.

“There’s always a shortage of these legal services,” he said. “But the more people can take steps to advocate for themselves, that will have a bigger impact.”