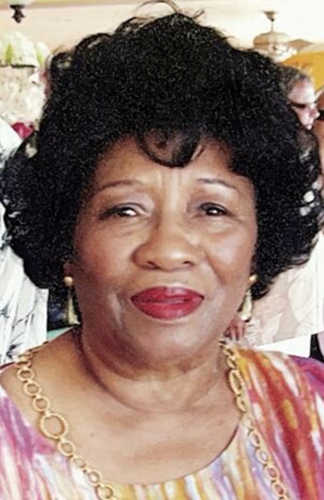 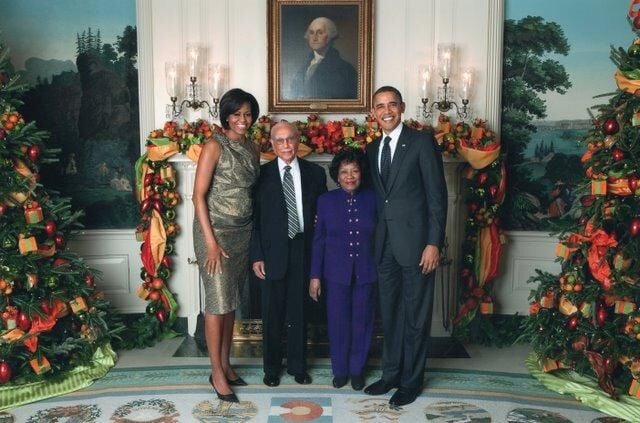 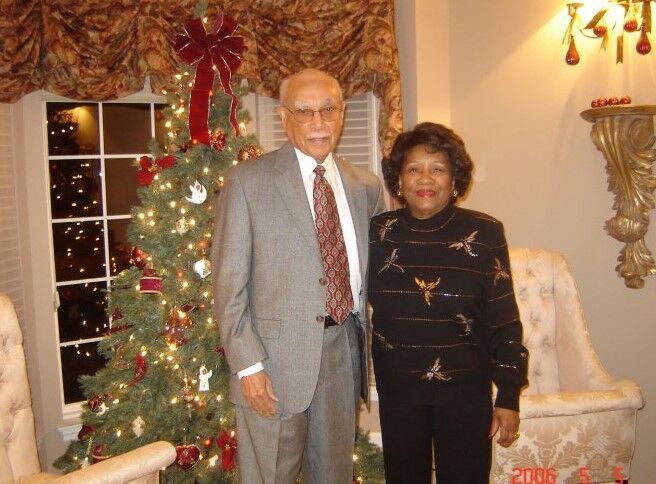 Billie Jean Randolph and her loving husband Dr. Bernard C. Randolph, during the Christmas holidays in 2006. 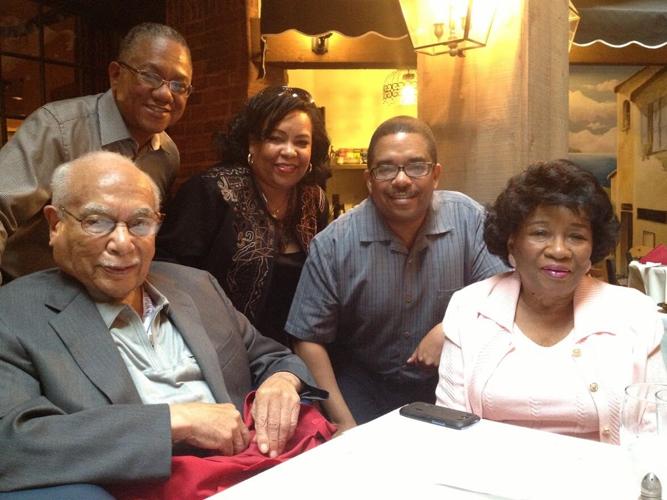 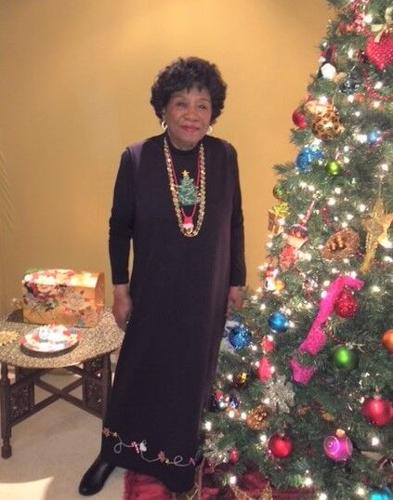 Billie Jean Randolph one Christmas circa 2016. 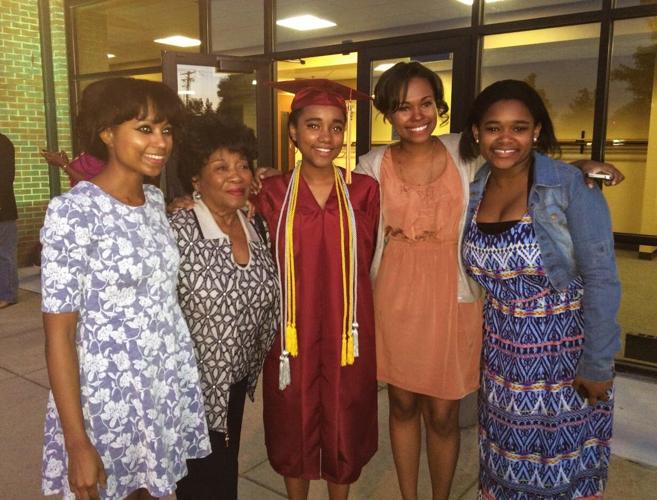 The word most often used to describe Billie Jean Randolph was “delightful.” She was equally known for her wisdom, gracious manner, and love-tinged candor. She packed a lot into a petite, beautiful package.

Billie Jean Coleman was born April 1, 1930, in Little Rock, Arkansas. She was the only child of Nicodemus (Demus) Coleman, a railroad worker and electrical lineman working for the WPA in Alaska as part of Franklin D. Roosevelt’s New Deal, and Grace Gardner Coleman. Grace Coleman passed when Billie Jean was a toddler. Shortly after her mother’s death, the family moved from her grandparents working farm in Arkansas to Kansas City, Missouri. There, Billie Jean was raised by her grandparents, her widowed father, and her loving, attentive aunts.

Billie Jean joined Paseo Baptist Church at an early age. There she sang in the choir and played on the church's basketball team. She attended Lincoln High School, still known as “The Castle on the Hill.” Lincoln was the first school for Black teens on the Missouri side of Kansas City. In addition to her studies, Billie Jean enjoyed extracurricular activities. Her beautiful voice earned her a coveted spot in the school choir. She was also on the majorette and cheerleading squads. After graduating from Lincoln, Billie Jean earned a BA degree from West Virginia State College. She also earned a certificate in medical records at Homer G. Phillips Hospital in St. Louis.

In 1956, after a summer romance and courtship, Billie Jean Coleman married Dr. Bernard C. Randolph at the home of her aunt and uncle, Dr. and Mrs. Newton M. Jenkins (Sadie) on October 31. Her aunt and uncle served as cupid in their relationship by setting them up on a blind date when Bernard’s sister Jean and her husband came to visit.  Bernard was on his way to becoming one of St. Louis’s most treasured family physicians. They were married on Halloween because it was his day off.

Billie Jean was working as a medical records librarian at Barnes Hospital and eventually assumed managerial duties, a fact that never secured her the title of manager. After training two newly hired managers in her department, she realized she had hit the proverbial glass ceiling. After the birth of their first child, Billie Jean left Barnes. She and Bernard took the first of an annual month-long summer visit to his parent’s home in New York City (Harlem).

She eventually left teaching for her permanent, full-time job: homemaker. Billie Jean was no June Cleaver; she was better. She elegantly and enthusiastically defined the roles of wife and mother. She eagerly added professional volunteer to her weekly responsibilities while caring for her husband and three children.

She loved her church, Pilgrim Congregational Church UCC. Billie Jean and Bernard were active members for over sixty years. There she volunteered in the library, office, soup kitchen, food pantry and neighborhood outreach. All three of their children accepted Christ and were confirmed at Pilgrim.

Billie Jean and Bernard loved to travel. Annual family vacations with the children, and as a couple later in life, sometimes with a daughter, son, or grandchild provided them with many memorable experiences. They both enjoyed going to conventions including the NAACP National Convention, the National Medical Association Annual Scientific Assembly and Smart Set Conclaves.

During the 1970s and 1980s, Billie Jean enjoyed needlepointing while frequently focusing on the “special human” in the family, their dog Wendy. Billie Jean possessed a vibrant sense of humor and a laugh to match.

An ardent football fan, Billie Jean split her allegiance among the former Saint Louis Football Cardinals, Kansas City Chiefs, the St. Louis Rams, and the Dallas Cowboys. She was a baseball fan as well, having attended and followed games of the Negro League’s Kansas City Monarchs as a child and teen. Once settled in St. Louis, she was an enthusiastic baseball Cardinals fan.

During the 1990s and early 2000s, and before Paul, her younger son, moved back to St. Louis in 2004, she and Bernard frequently visited his family and him (then-spouse, Rochelle, and daughter, Dana G. Randolph II) in Scottsdale and Chandler, Arizona. Billie Jean and Bernard loved the beauty and illuminating sunlight of the desert, the area’s rich history, museums, variety of shops and great restaurants.

Billie Jean loved God, her family, and her countless number of friends.

Billie Jean transitioned peacefully on July 5, 2022, of complications following cardiac arrest at Mercy Hospital in St. Louis. Her immediate family was at her side. She was 92.

In lieu of flowers, donations to the following will be appreciated:

The Dorothy I. Height Education Foundation