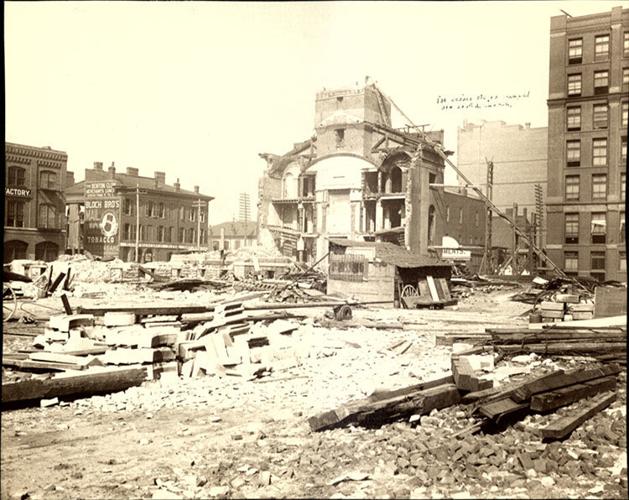 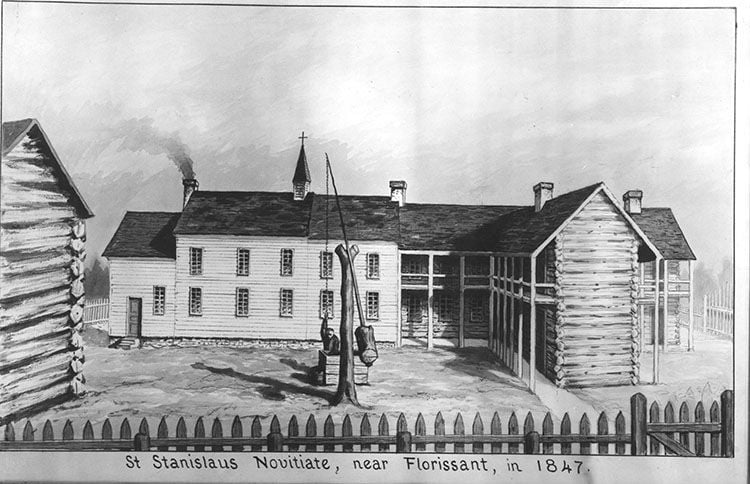 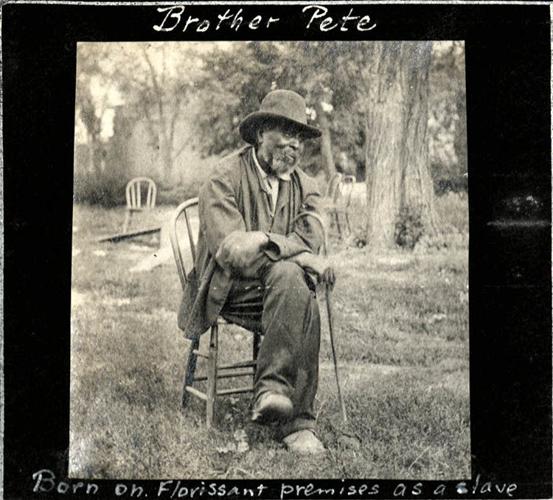 The flowing script of an 1847 Jesuit missionary ledger page shows a matter-of-fact accounting of four payments, totaling $300, that one Matilda – a 34-year-old "colored servant" – made to buy her freedom from her Jesuit owners. The heading notes that she should pay directly to St. Xavier Catholic Church in St. Louis.

Between those prosaic ledger lines are stories: the individual drama of the struggles and triumphs of Matilda – Matilda Tyler, to those (like her seven children) who knew and loved her – and the larger story of a system of human bondage so entrenched in the American economy that even a religious institution took part in it.

The ledger page is just one of thousands of legal and financial documents – as well as personal diaries and letters – unearthed in a massive sleuthing project by Saint Louis University and the Jesuits of the USA Central and Southern Province. The two institutions established the Slavery, History, Memory and Reconciliation Project – staffed by researchers and translators – in 2016 to own up to slaveholding as an "undeniable" part of their history.

The project is piecing together the long-obscured history of six enslaved men and women and their children, brought from Maryland to St. Louis in 1823 by Jesuits. The forced labor of the enslaved – as cooks, laundresses, and farm laborers – enabled the priests and brothers to take on the operation of what is now Saint Louis University.

It is a monumental search, explains Jonathan Smith, director of the project and vice president for diversity and community engagement at Saint Louis University, because "there's not a box marked 'slavery'" in the archives. But rather, evidence of slavery permeates everything that was done in that era.

One short passage of a detailed diary of a young Belgian Jesuit, Felix Ferre, who was one of those who brought Matilda Tyler's parents to St. Louis, unwittingly documents the powerful discontent of the enslaved and the Jesuits' blindness to their plight.

“Ferre said, 'It must be a means for their salvation to be able to live and work' for the Jesuit mission. But then he said in the very next sentence, 'Though we tried to convince [the enslaved]  of their happiness, it was difficult if not to say impossible to do so,’” said Kelly Schmidt, the project research coordinator.

“And he went on to describe attempts to beat the enslaved despite the Jesuit rules against that ... and how the [enslaved] women on the farm would intervene to project their husbands."

The project's two-year status report last April explained that the aim of the research effort is to uncover the truth in the rich but tragic stories of the enslaved and honor their memories. But  ultimately, the goal is reconciliation by seeking "new ways to be in a relationship with African Americans, to work together to address the social injustices in our communities rooted in slavery."

That reconciliation means tracing the whole story of the enslaved right down to their descendants today. So now, the project is searching for descendants – a number that, after nearly 200 years, could be a group of thousands who might have such surnames as Brown, Chambers, Ford, Franklin, Tyler, and Wilson. The number of descendants and names could be exponentially larger, too, because the project estimates that the St. Louis Jesuits owned, rented or borrowed close to 200 people in the 40 years before the Civil War.

"A real important edge of this project is for descendants," says Smith. "It helps fill in those gaps that all [African Americans] have [in] this inclination of wanting to know who my people are."

While African Americans searching backward in time for family ancestral lines today meet the end of a family paper trail at that 1870 Census, the project has large amounts of pre-1870 documentation of individuals it is seeking to link forward in time to hurdle that barrier.

The project's historic tracery even recently led researchers  to an abandoned house in North St. Louis once owned by a descendant – a tantalizing discovery they hope will lead to contact with a living descendant.

The project, citing privacy, will not identify exactly who the search has led them to – but the  first contact with descendants of those held in slavery in St. Louis  was initiated recently when letters were sent to them.

And, project researchers hope that, as word of their search spreads, more descendants will be in contact through the project email address: SHMR@Jesuits.org

The path to reconciliation sought by the project,= is part of a larger national reparations and reconciliation movement. Reparations moves by federal legislators have become a part of the presidential debates; and individual institutions grappling with slaveholding pasts have initiated reconciliation projects that include everything from community conversations to name changes on buildings and streets. Students at Georgetown University voted in April to increase their tuition to create an education and health fund to benefit the 4,000 known living descendants of 272 enslaved people sold by Jesuits to finance the university.

SLU and the regional Jesuits have not outlined what reconciliation might entail, said Smith. "We're doing our best not to anticipate so as not to shape what the response is to the long history of slavery,” Smith said. “Our best place is to anticipate less and listen more. Our communities will let us know what things we should consider, what courses we should pursue."