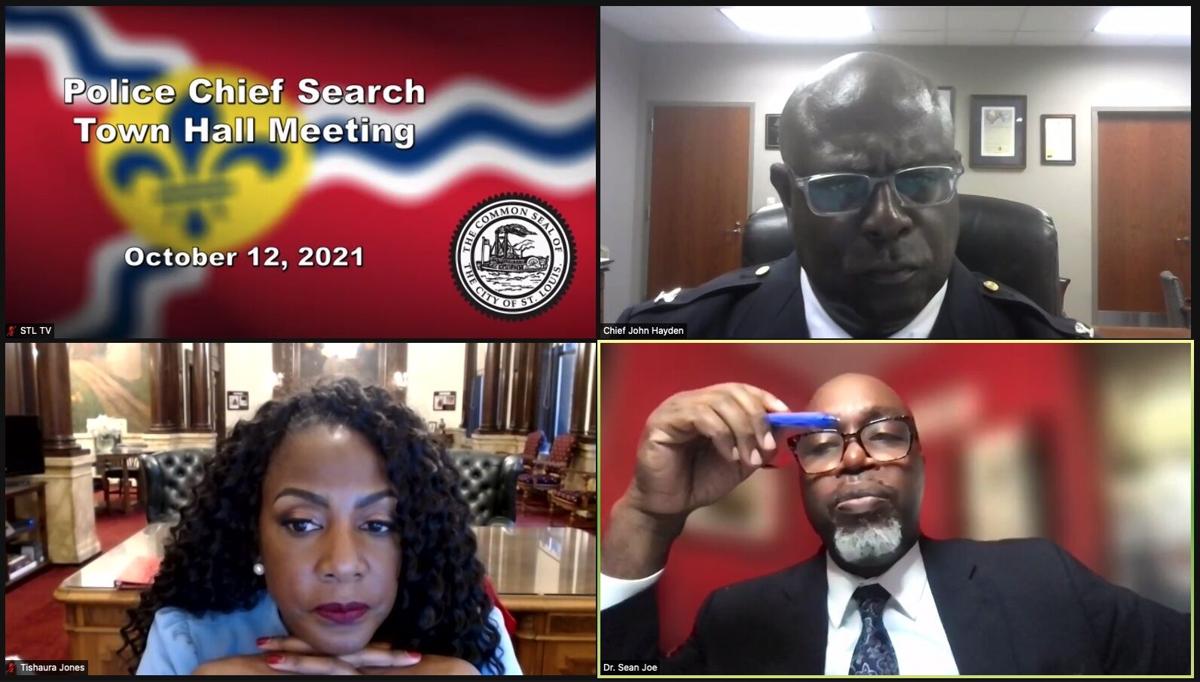 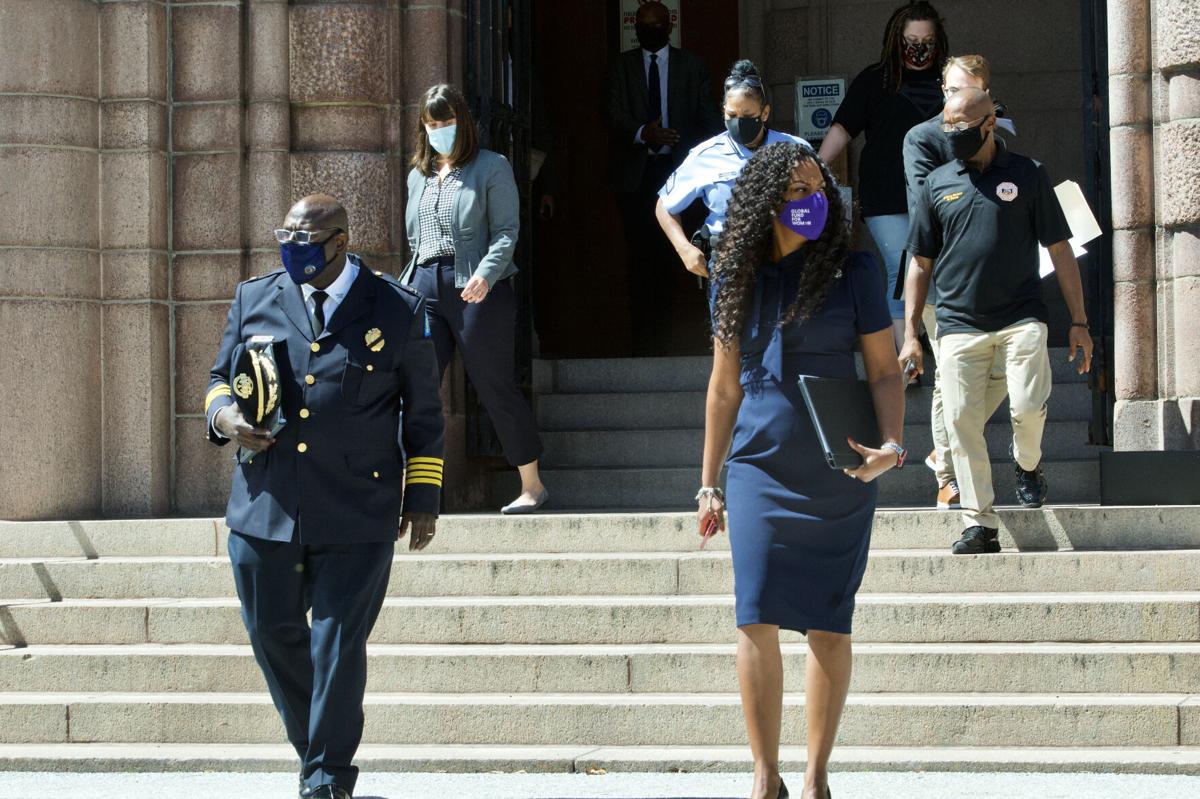 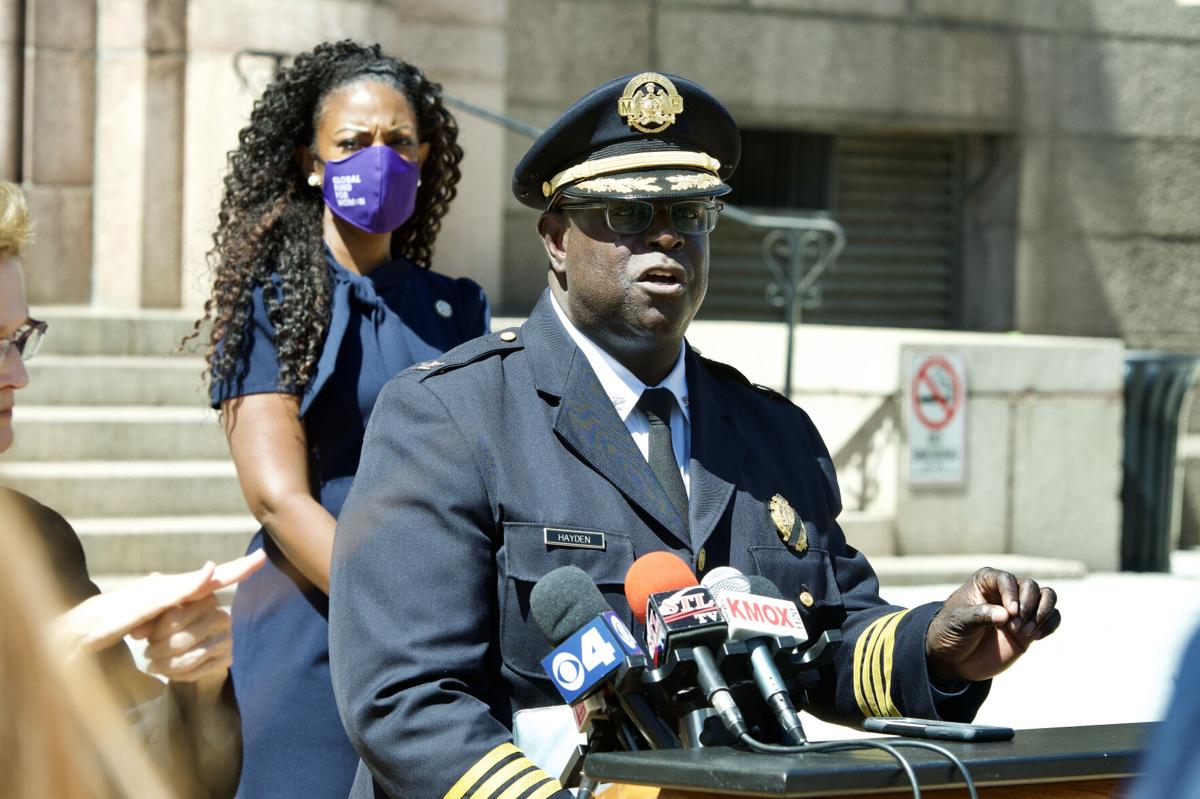 As the search for the next police chief gets underway, St. Louis Mayor Tishaura Jones is inviting the public to submit input on what they’re looking for in the city’s top cop.

“I think it would be short sighted to again expect better results or great results if in fact we slip into old patterns, which our city is accustomed to doing.” —St. Louis Police Chief John Hayden

Hayden announced his retirement in early September. He will step down Feb. 23, the day marking his 35th anniversary with the department.

The one-hour virtual session began with remarks from Jones.

Jones recapped her law enforcement approach and noted that homicides in the city were down 36% as compared to this time last year. She said that for decades the city has focused its resources on simply having a large police force — leaving not only the officers exhausted, but the community as well.

“They’re frustrated with a broken 911 system and a failure to address the root causes of crime and their communities,” Jones said. “When I think about the future leader of our police force, I know it has to be someone who understands that public safety just doesn't mean one magic fix. It means taking a holistic view of the problems in our community and a vision that includes public health and community policing.”

Jones said Hayden has been an ally in their attempt to reimagine public safety.

He noted that the meeting’s goal was to hear directly from community members about what they would like to know from their next police chief.

Jones’ administration has set up an online survey for the public to submit their comments. Joe said the top questions they’ve received so far are:

1. How will you ensure accountability amongst the police force?

2. What does community policing mean to you?

3. If you became police chief, how would you work to build trust?

The public survey can be found athttps://forms.gle/pwvjGysmDcxzfjnK8. On Tuesday, Jones said that over 260 people had submitted responses.

Hayden also answered some questions, saying that he hopes the new chief would continue efforts to continue the reduction in violent crime and community relationships. Hayden said he welcomes the citizen police oversight board that Jones is working to put together.

Jones said the characteristics she’s looking for someone who can be compassionate and enforce the law at the same time.

“I don’t think those two things are dichotomous,” she said.

Alderwoman Shameem Clark-Hubbard, Ward 26, thanked Hayden for his service and dedication to the role, then asked what the two leaders should not do when hiring a new chief.

Jones emphasized the need to listen to the community and take their needs into account.

“I think it would be short sighted to again expect better results or great results if in fact we slip into old patterns, which our city is accustomed to doing,” Hayden added.

“We are just so used to asking the police for everything, and there’s a lot of mission in what we do, but I think we are on the right track in trying to include other professionals in this public safety mission.”

Another virtual listening session is scheduled for 6 p.m., Tuesday Oct. 26.

There have been multiple internal candidates and about eight external candidates who have applied for the position so far. Jones said at the meeting’s close that once the city has a list of top candidates, her administration will schedule an event for those people to respond to community questions.