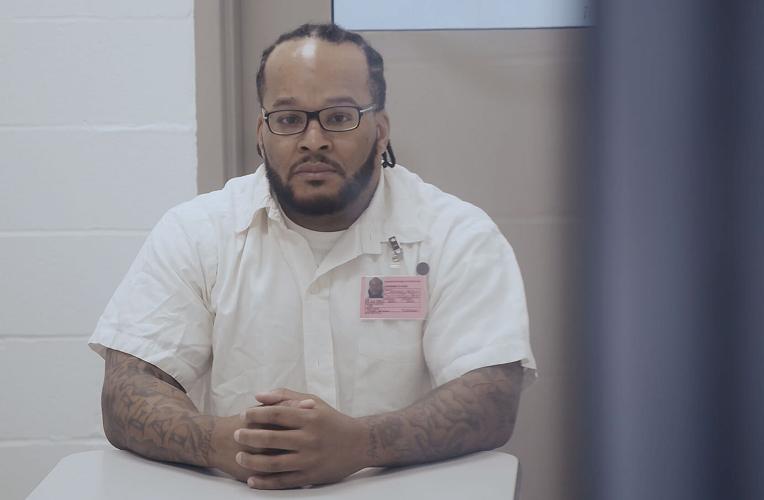 Kevin Johnson is sentenced to be executed on November 29, 2022 for the murder of Kirkwood Police Sgt. William McEntee in 2005.  Missourians for Alternatives to the Death Penalty Missouri are asking Missourians to sign a petition asking Governor Parson to grant clemency to Kevin Johnson and to commute his sentence to life without the possibility of parole. 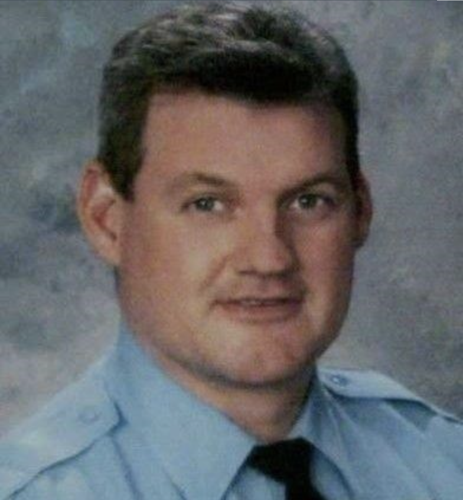 Sgt. William McEntee was shot and killed by Kevin Johnson on July 5, 2005. Johnson, 36, is scheduled to be executed by lethal injection on November 29, 2022.

“If we believe that murder is wrong and not admissible in our society, then it has to be wrong for everyone, not just individuals but governments as well.”-Sis. Helen Prejean, author of “Dead Man Walking.”

In a letter to his former high school teacher, Melissa Fuoss, convicted murderer Kevin Johnson, discussed his upcoming death sentence. In it, he wondered if he would feel the chemical sedatives used for executions coursing through his veins as he lay on the gurney.  He also pondered who would be in the audience watching him die “on the other side of that two-way mirror.”

One person who has vowed to be present at Johnson’s execution is former County Prosecutor Robert McCulloch. In August, McCulloch told the Post-Dispatch that he plans to attend the execution in person.

McCulloch personally prosecuted the cases against Johnson, who at the age of 19 murdered Kirkwood Police Sgt. William McEntee. There were two murder trials. The first ended with a hung jury arguing for a lesser, non-capital, charge.

In the second trial, McCulloch sought and won a capital conviction. On Tuesday Nov. 29, Johnson is scheduled to be put to death at the state prison in Bonne Terre.

Advocates for Johnson, such as Missourians for Alternatives to the Death Penalty [MADPMO] argue that “the deck was stacked against him from the outset. ”The fact that McCulloch used his peremptory strikes to eliminate Black jurors to ensure a predominately white jury was only one objection. MADPMO also accused the federal judiciary of displaying “a chilling indifference to the unfairness perpetrated in state court, first by assigning a biased judge and then denying [Johnson] the right to appeal his claims to the Court of Appeals.”

According to MADPMO, there have been 90 executions committed by the state of Missouri since 1976. Eighteen people, including Johnson, are currently living under death sentences in Missouri. Four have been exonerated from death row since 1989. These cases, according to the organization, include people who were wrongly convicted and later cleared of all charges based on new evidence of innocence.

“It is now clear that innocent defendants will be convicted and sentenced to death with some regularity as long as the death penalty exists,” the Death Penalty Information Center, a national anti-death penalty group, wrote on its website.

Michelle Smith, director of community engagement for MADPMO, agrees. Although Johnson is not innocent of his crime, Smith believes his trial was an example of racism, prosecutorial discrimination, and purposeful fallibility. Fixing the system, she argues, needs to begin by addressing people like Johnson’s prosecutor.

“Trenton had an aggravating factor of having planned and plotted the crime, but since he is a white youth, there was exponentially more empathy and compassion for him from Bob McCulloch.” – MADPO on former prosecutor, Bob McCulloch and Trenton Forster, a white youth convicted of murdering a policeman in 2016

“I hope that one day this country will acknowledge and deal with the lingering atrocities of Bob McCulloch,” Smith said, adding: “the many people who are still in prison wrongly because of his prosecutorial misconduct, bias, and racism, and those who are on death row and will possibly be executed.”

McCulloch was put on the trial of public opinion in 2014 regarding the case of Darren Wilson, the Ferguson policeman who shot and killed 18-year-old Mike Brown in 2014. More than 100,000 people signed a petition that year demanding McCulloch recuse himself from the grand jury investigating the killing.

Those pushing for Wilson’s prosecution publicly wondered about McCulloch’s ability to fairly adjudicate evidence that implicated Wilson. After all, McCulloch’s brother Joseph was a sergeant in St. Louis’ Ninth District. His mother, Anne, was employed as a clerk in the homicide division for two decades. His father, Paul McCulloch was a police officer who was shot and killed in 1964 during a “running gun-battle” in the Pruitt-Igoe housing complex. The alleged killer, Eddie Steve Glenn, a Black man, was arrested and put on trial for the murder.

On November 27, 1965, Glenn was found guilty by an all-white, all-male jury that recommended a sentence of death. Glenn’s attorneys appealed his conviction, but it was rejected by the state.

In the early 1970s, after capital punishment was temporarily ruled unconstitutional by the Supreme Court, Glenn’s sentence was reduced to life. He died in prison in 1985.

Was Justice served? Perhaps not.

Peter James Hudson, a University of California African American Studies professor and accomplished author wrote in 2014 the essay, “Who Killed Prosecutor Robert McCullough’s Father?” Hudson exhaustively dissects the crime and the inconsistencies of the prosecutor’s case.

To summarize, Hudson wrote that Glenn may not have murdered McCulloch’s father. Based on evidence-gathering, differing police accounts and suspect testimonies, Hudson emphatically stated that Glenn “should have been acquitted…due to the circumstantial and doubtful nature of the evidence against him” and that McCulloch “might have been killed by either his own gun or from gunfire from a fellow officer.”

The story of Paul McCullough’s death and Glenn’s prosecution highlights two pathways pursued by the fallen officer’s son, Bob McCullough; One of fierce, unshakable loyalty to police officers no matter their culpability and, two, a legacy of questionable, biased prosecutions against Blacks accused of killing whites, especially white policemen.

The second pathway speaks to McCullough’s zeal to not only seek the death penalty for Kevin Johnson but to announce that he will personally attend the execution.

On its “Clemency for KJ” page, MADPMO shared a portion of a “new report” by University of North Carolina political scientist Frank R. Baumgartner who wrote: “the likelihood that a death sentence would be imposed in St. Louis County was 3.5 times greater if the victim was white, as compared to cases in which the victim was Black.”

In other words, race matters.

Consider the case of Trenton Forster, who shot and killed St. Louis County Police Officer Blake Snyder, 33, on Oct. 6, 2016. Forster, like Johnson, was a teenager, 18 years old when he murdered Snyder. Unlike Johnson, Forster took to social media before the murder to brag about drug use, guns, and his desire to indiscriminately kill cops.

It’s no excuse, but Johnson took McEntee’s life because he believed the officer played a part in his younger brother’s death. By police and prosecutor’s accounts, Forster killed Snyder as the officer approached his vehicle while responding to a disturbance call.

Yet, McCullough announced that after “a complete examination and reexamination” of all the evidence, he would not seek a death sentence for Forster. He contended that Forster was high on drugs and suicidal at the time. The announcement infuriated the officer’s widow, Elizabeth Snyder.

“What message is being sent to society, to law enforcement and criminals by not seeking the death penalty?” Snyder complained, adding: “It’s saying police officers’ lives are cheap and unimportant and don’t matter.”

On its website, MADMO also addressed the inconsistencies of the two cases:

“Trenton had an aggravating factor of having planned and plotted the crime, but since he is a white youth, there was exponentially more empathy and compassion for him from Bob McCulloch.”

The problem of the death penalty is not just about McCullough; it’s about a flawed, biased system. Recent data indicates that Black people make up more than 41 percent of death row cases even though they’re only 13.4% of the U.S. population.

National Geographic Magazine’s 2021 article, “Sentenced to death, but innocent…” examined the cases of 182 people who had their lives upended “by a system that nearly killed them.” Factors such as “a defendant’s or victim’s race, low income, or inability to counter overzealous police and prosecutors,” the article noted, puts the accused at risk of wrongful convictions and death sentences.

Kevin Johnson committed a horrendous crime. Vengeance is no excuse; he took a life. But is vengeance for vengeance carried out by an inherently biased, infallibly flawed judicial system a reasonable, moral, or effective response?

Not according to Sis. Helen Prejean, who was featured in the movie, “Dead Man Walking”:

“Allowing our government to kill citizens compromises the deepest moral values upon which this country was conceived: the inviolable dignity of human persons.”

Part I: A Murder in Meachum Park

Part II: The making of a murderer

Sentenced to death, but innocent: These are stories of justice gone wrong.