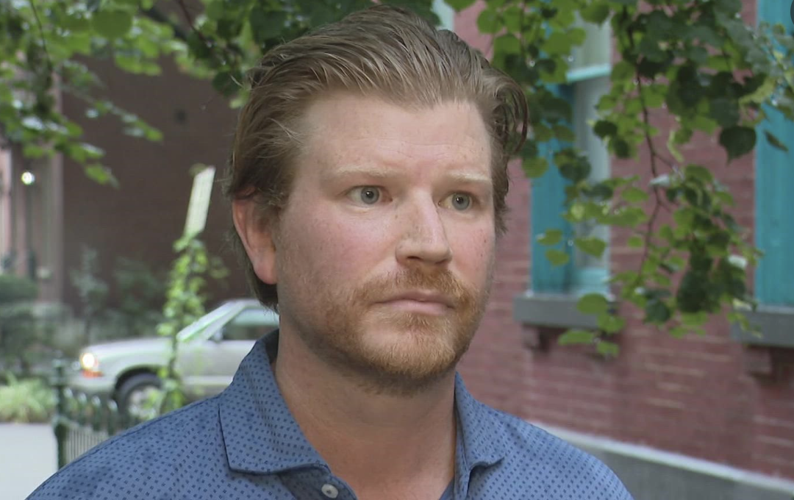 Last Friday, former Board of Aldermen president Lewis Reed and former 22nd Ward aldermen Jeffrey Boyd pleaded guilty to federal white collar felony crimes. Their colleague, former 21st Ward alderman John Collins Muhammad, changed his plea from “not guilty” to “guilty” earlier in the week. All three will not be sentenced until December 6, but each faces a term of between two to five years of incarceration - and up to $750,000 in fines - under federal sentencing guidelines, along with restitution payments and other unspecified terms of the final agreement.

While we at the EYE will not celebrate the potential incarceration of three Black men, we do recognize that there will be monumental shifts in St. Louis politics that stem directly from the FBI’s two-and-a-half-year investigation into Reed, Collins Muhammad, Boyd, and perhaps others. City Hall insiders have suggested that there may even be more indictments on the way as a result of this investigation. To be clear, corrupt politicians have no business calling the shots at City Hall - regardless of their political parties or affiliations.

Coatar, perhaps unsurprisingly, is a named plaintiff challenging the validity of Prop R and the conflict of interest disclosure requirements - right alongside Collins Muhammad.

The fall of the three former aldermen represents a changing tide within City Hall - a shift away from “business as usual.” Airport privatization efforts failed, the Better Together merger plan royally imploded, the Rams left St. Louis. Coupled with the very public, ongoing federal criminal investigation into the now-defunct St. Louis-Kansas City Carpenters District Council and its leader Al Bond, the local political landscape has become much more unfriendly for the “Establishment,” the so-called “old guard” of St. Louis political elites and the remnants of their political machines that have fizzled into irrelevancy.

The millennial poster child for the Establishment, Coatar has ingratiated himself into these weakened political circles – and they have welcomed with open arms him and his willingness to engage in dubious practices. Coatar was enthusiastically backed by the union for white cops, the St. Louis Police Officers Association, and he has returned the favor by sponsoring legislation to funnel more public dollars to the perenially-lacking police department and by fighting measures to improve oversight of and accountability for police.

Prior to his announcement of his run for the vacant 7th Ward seat, Coatar hitched his political wagon - and allegiances - to the Kelley Group - the same political consulting group that helped deliver the elections of Reed, former county executive Steve Stenger, and one-term former mayor Lyda Krewson. The Kelley Group is run by Mike Kelley, the Republican strategist best known for his involvement with the failed Better Together project that was funded by rightwing billionaire Rex Sinquefield and aimed to make Stenger the unelected “king” of St. Louis City and County until he was federally indicted and sentenced to prison.

Are we seeing a pattern here

Coatar’s first campaign for alderman was backed by some other eyebrow-raising characters, including his former boss and famous parking ticket recipient Brian Wahby, and police-lobbyist-turned-hugely-defeated political-candidate Jane Dueker. As part of the Wahby inner circle, Coatar has rubbed elbows with Robbyn Wahby, current executive director for the Missouri Charter Public School Commission, and Republican lawyer Marc Ellinger, one of the dark money lobbyists pushing Amendment 3 (the bad marijuana legalization petition). And of course, there are Rex Sinquefield connections to Coatar, from Coatar’s own involvement with efforts to privatize Lambert Airport to Coatar’s support of Sinquefield’s City-County merger plans.

By aligning himself with some of the area’s currently out of favor consultants and pundits, Coatar embraced a St. Louis of a different era when corruption was the accepted status quo and political palm-greasing was common practice.

But if there’s one thing the recent trio of aldermanic indictments has shown us, it’s that the public’s tolerance for corruption has sharply declined. Voters no longer seem willing to accept candidates who engage in shady backroom deals and take bribes in exchange for political favors. And most importantly, there are federal investigators and prosecutors who are willing to follow through with prosecutions.

In a previous column, we dove deep into Coatar’s past close connections to Reed, Collins Muhammad and Boyd, including overlapping donors, developers, and political mentors. In another column, the EYE revealed that Coatar had failed to recuse himself from a Preservation Board vote, where he voted to benefit one of his biggest campaign donors. Coatar even failed to file the now-required Conflict of Interest Disclosure Form to legally mandated since the passage of Proposition R in April of this year. Coatar, perhaps unsurprisingly, is a named plaintiff challenging the validity of Prop R and the conflict of interest disclosure requirements - right alongside Collins Muhammad. But, because Prop R is in full force and effect, Coatar’s obligations to disclose his financial conflicts of interest are still unfulfilled.

Consider how quickly after his election Coatar was hired by law and lobbying firm Spencer Fane – within months, the young alderman was positioned within the City’s highest legislative body to advocate for his firm’s clients from the inside and help push through legislation that financially benefitted them. As a candidate he vocally supported the notorious Stan Kroenke, who our readers will recall as the cagey multimillionaire tycoon and Public Enemy No. 1 in St. Louis, who misled the city about his true intentions as he plotted deceitfully to return the Rams to Los Angeles. Fortunately, Kroenke lost the four-and-a-half year legal battle that led to a $790 million settlement.

Since his election in April 2015, Coatar has made no attempt to rectify his well-earned image of being less than forthright, instead leaning further into his practice of doing backroom deals by continuing to sponsor and vote on legislation that helps people donating to his campaign. Coatar repeatedly has refused to follow the legal requirement of disclosing conflict of interests to the Board of Alderman’s attorney. While on the payroll for Spencer Fane, Coatar wielded his power and privilege on faulty medical marijuana production licenses and was forced to disclose a conflict of interest in the privatization of Lambert International Airport after a reporter requested open public records that linked Coatar (and Wahby) to a bidder.

Coatar also remained a close ally of both Reed and Boyd prior to their grand jury indictments and has made no public statement on the scandal beyond an unsubstantial “I’m running!” press release. During the 2021 mayoral primary between Reed, Alderwoman Cara Spencer (D-Ward 20), and Mayor Tishaura O. Jones, Coatar endorsed Reed, declaring without irony “Lewis Reed will work to ensure an equitable delivery of economic development & create new opportunities in our city.”

Simply put: Coatar has engaged in conduct that is functionally no different in principle than what former alderman Collins Muhammad now admits to doing while holding elected office and what Boyd and Reed admitted to doing during their separate hearings last Friday. The only real difference is the race of the perpetrator and their respective costs of doing business.