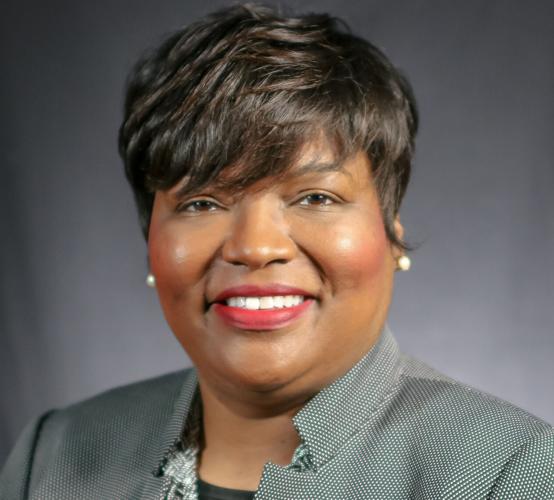 Dr. LaTonia Collins Smith was serving as Harris-Stowe State University provost and vice president for Academic Affairs when the HBCU’s president abruptly departed in May 2021.

The university’s Board of Regents knew it had an answer to the sudden change readily available, one who had thrived in the field of education and had devoted much of her outstanding career to Harris-Stowe.

Smith was named interim president on June 1, 2021 and guided the school through a summer and first semester of achievement and excellence. Her work was exemplary, and her devotion to students, faculty, and staff was infectious. Harris-Stowe did not miss a beat during her time as interim president.

On March 1, 2022, Smith was named the 21st Harris-Stowe State University president. She became the university’s first African American woman to serve as president, following the legacy of Ruth Harris, the first Black woman to serve as Stowe Teachers College president in 1940.

“Our university is a jewel in the St. Louis crown,” Smith said upon becoming president.

“I want to be a living example for Black and brown girls, letting them know that their dreams are possible. When the going gets tough, they can take a moment to reflect on my trajectory — and how I worked my way up the ranks to get to the place where I am today — to know they can do it, too.”

For her outstanding leadership at Harris-Stowe and steadfast support for education, Dr. LaTonia Collins Smith has been named the 2022 St. Louis American Foundation Stellar Performer in Education.

She will be honored during the milestone 35th Annual Salute to Excellence in Education Scholarship and Awards Banquet on Saturday October 1, at America’s Center downtown.

“She has demonstrated her extraordinary ability to connect with all of our stakeholders and to catapult Harris-Stowe forward in these critical times.”

Smith brought more than two decades of leadership experience to the president’s office, with a background in administration and program development.

She began her career in higher education at HSSU in 2010 and served as the co-principal investigator of a $5 million National Science Foundation grant to strengthen STEM education in the state of Missouri.

Last week, it was announced that Harris-Stowe will receive $2.6 million of a $25 million grant through the U.S. Department of Commerce Economic Development Administration Build Back Better Regional Challenge.

“We are excited about the spirit of collaboration among the member institutions, who will all work together on exciting new geospatial research.”

Achievements during Smith’s tenure include HSSU and The Goldfarb School of Nursing at Barnes-Jewish College partnering to reserve four spots in the Goldfarb nursing program for Harris-Stowe students.

Knowing that costs are a factor, Smith helped craft a plan in which those four students will receive scholarships and can begin their nursing education during their desired term, rather than being added to a wait list. Students accepted into the nursing program will be charged the same tuition rate as they pay at Harris-Stowe.

During her tenure as interim president, the University raised more than $3.5M in scholarships, donations, including those designated to endowments, as well as grants.

Renovations for the former Vashon Community Center Building, which will become home to the Don and Heide Wolff Jazz Institute and National Black Radio Hall of Fame, are also underway.

Smith is also a valued civic leader in the St. Louis region, serving as chair of the Dr. Martin Luther King, Jr. Statewide Celebration Commission of Missouri. She is a member of the Downtown Advisory Board for Greater St. Louis, Inc., and is a member of the American Association of State Colleges and Universities (AASCU) and the National Association of Colleges and Employers (NACE).

Smith attended St. Louis Public Schools and is a graduate of the University of Central Missouri, where she majored in social work.

She earned a Master of Social Work degree and a Master of Public Health degree from Saint Louis University and an educational doctorate in higher education leadership from Maryville University in St. Louis.