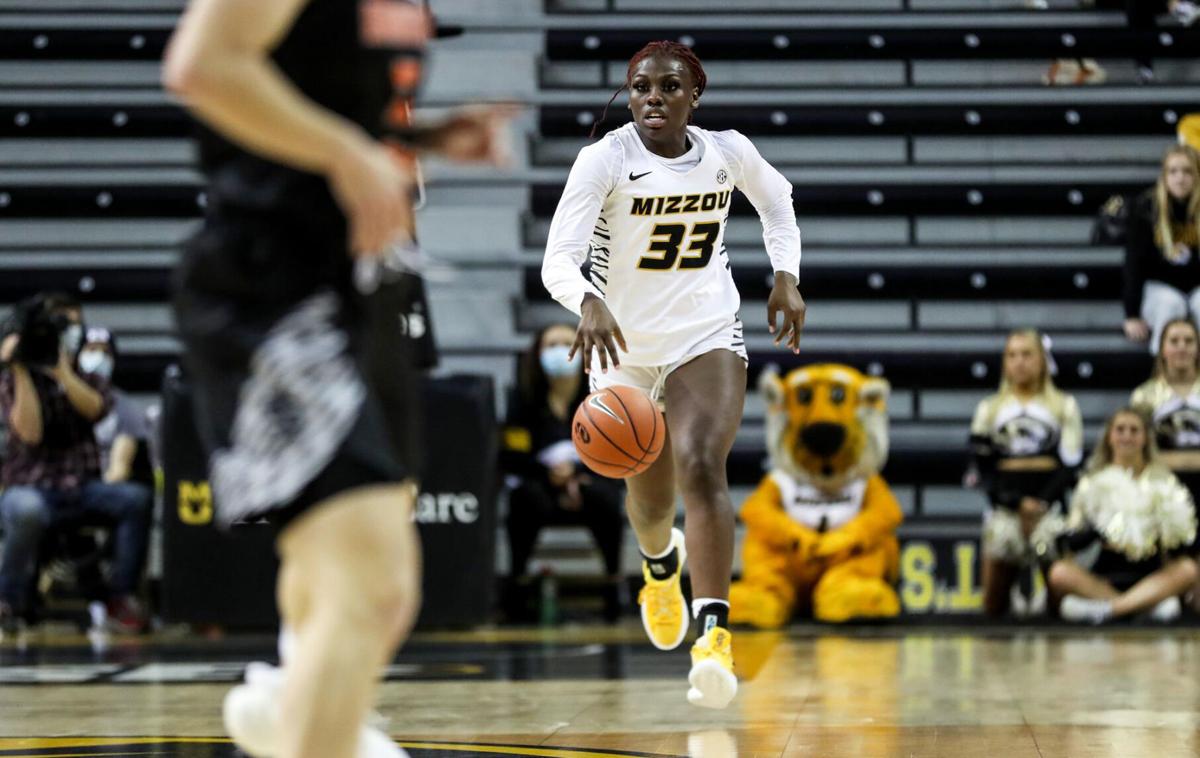 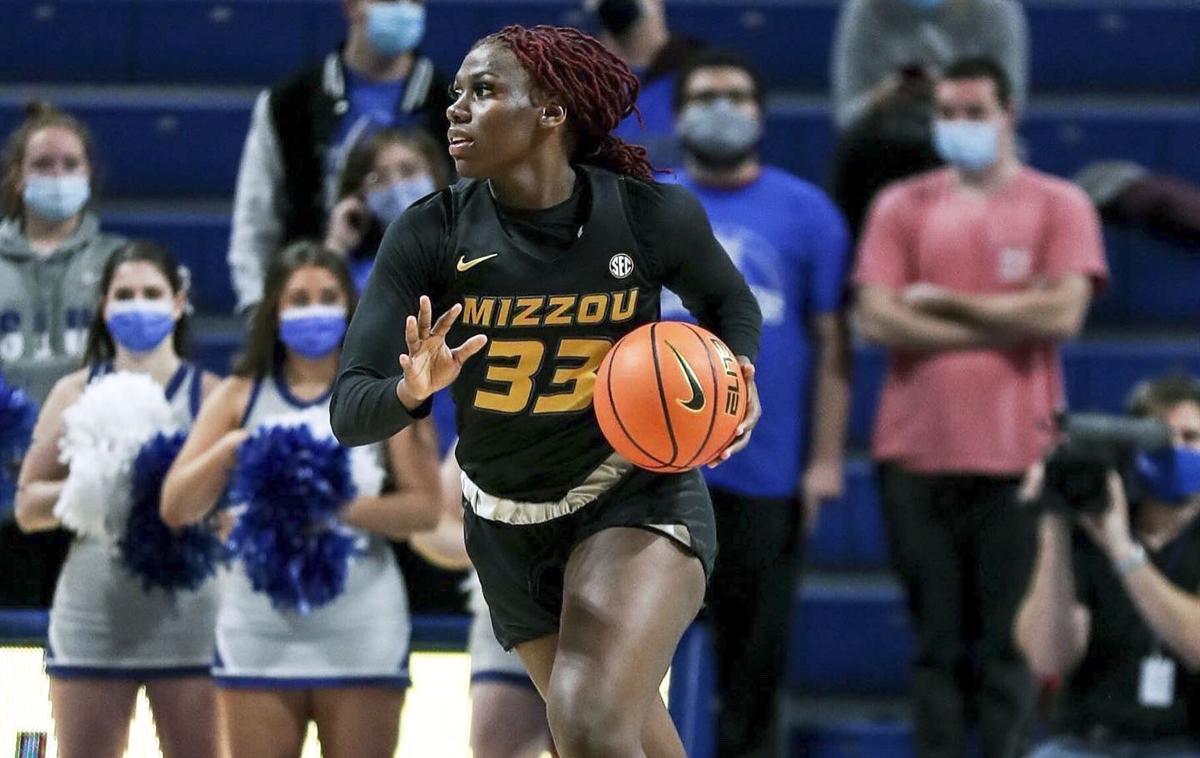 Mizzou women’s basketball is off to a hot start with a lot of help from Junior Aijha Blackwell, who hails from Berkeley and starred at Whitfield High School.  So far she is leading in points per game (16.6), rebounds per game (11.7) and minutes per game (31.1).

This follows her stellar season last year when appeared in 21 games, starting all 21, in a highly impressive sophomore campaign, averaging 14.5 points, 11.0 rebounds, 1.9 assists and 0.6 steals in 28.8 minutes per game. Blackwell played some of her best basketball of the season in conference play, averaging 13.9 points and 12.5 rebounds in SEC games.

In high school, Blackwell ranked as the nation’s No. 9 prospect by ESPNW HoopGurlz and No. 20 prospect by Prospect’s Nation in the Class of 2019. She was ranked as the No. 1 prospect in the state of Missouri by ESPNW and Prospect Nation. She was a 2019 WBCA High School All-America Honorable Mention honoree, and named to the 2019 Naismith High School Trophy preseason watch list. She was a three-time Missouri Basketball Coaches Association (MBCA) Class 3 All-State selection (2016-18) and a USA Today First Team Missouri selection in 2018 Blackwell led Whitfield School to a 22-7 record and Class 3A state semifinals appearance in 2018 and as a junior at Whitfield, averaged 24.2 points, 8.3 rebounds, 2.8 assists and 2.0 steals per game.

Blackwell was a 2019 USA Women’s U19 World Cup Team Trials participant, and member of the USA U18 National Team that captured a gold medal at the 2018 FIBA Americas U18 Championships.