Skip to main content
You are the owner of this article.
Edit Article Add New Article
You have permission to edit this article.
Edit
Home
Sections
e-Edition
Classifieds
Editorial Calendar
Make A Gift
Foundation
Special Sections
Newspaper in Education
1 of 2 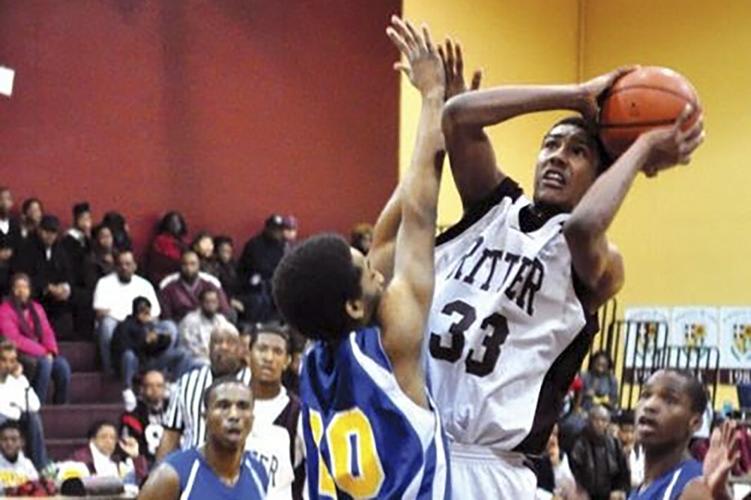 During his senior season at Cardinal Ritter,  was one of the nation’s top basketball talents. He averaged 31.7 points, 9.6 rebounds, 3.4 assists, 2.2 steals and 1.6 blocks. He was the St. Louis American Player of the Year, Mr. Show-Me Basketball, the Gatorade Player of the Year in Missouri and a Parade All-American. Biedscheid was shot July 23 in north St. Louis County and later died. He was 27. 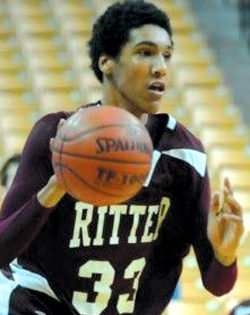 I was in my hotel room in Indianapolis last Saturday morning when I got an upsetting early phone call. Former Cardinal Ritter College Prep basketball star Cameron Biedscheid had been shot and killed back home in St. Louis County.

My heart sank. It is indeed a sad time in our tight-knit St. Louis basketball community as we say good-bye to one of our city’s brightest basketball talents at the way too young age of 27.

I vividly remember my first encounter with Cam back in 2009 at a summer grassroots basketball tournament at McCluer North High. He was a skinny 6’1” kid who was getting buckets. I was intrigued. I had never seen him before, so my interest level was heightened.

After the game, I introduced myself and asked him his name and what school he attended.

“I’m Cameron Biedscheid from Cardinal Ritter,” he said. “I was on the JV last year.”

As we shook hands and I started to walk away, he uttered five more words that have always resonated.

Even at that stage of his career when he was this pencil-thin junior varsity player, he had a supreme confidence and swagger about himself, and the belief that he was going to be the best player in St. Louis.

The kid turned out to be prophetic because that is exactly what happened. The following season, he had grown three to four inches and was a hot-shooting sixth man on a Cardinal Ritter team that rolled to the Class 3 state championship.

By his senior year, he was 6’7” and developed into one of the great show-stopping performers in St. Louis. Cameron Biedscheid had become a full-blown superstar he promised to be at 14. Oh yeah, and it was wise to get to the gym early if you wanted to watch him perform his magical offensive wizardry.

Bradley Beal had just completed an All-American prep career at Chaminade in 2011 and Jayson Tatum was entering Chaminade in 2013 to begin his legendary high school career. In between those two, there was Biedscheid, who was the Missouri Player of the Year in 2012. He was also on that level.

In 2012 Kevin Durant led the Oklahoma City Thunder to the National Basketball Association championship round. Here in St. Louis, Biedscheid was our city’s version of KD; a long, slender jump-shooting maestro with range out to 30 feet. He had a creative set of handles which enabled him to drop off defenders at a moment’s notice. And, as the ball was dropping through the net, he would gladly tell you about it. He was also a great passer with a high basketball IQ. He could do it all.

As a senior at Ritter, Cameron averaged 31.7 points a game to lead the metropolitan are in scoring. He also displayed his all-around talent that season, averaging 9.6 rebounds, 3.4 assists, 2.2 steals and 1.6 blocks. The postseason honors came rolling in afterwards. He was the St. Louis American Player of the Year, Mr. Show-Me Basketball in the state of Missouri, the Gatorade Player of the Year in Missouri and a Parade All-American.

During that season, there was a memorable night in February at Hazelwood Central when he just simply went off the charts. Facing a big halftime deficit against the Hawks, he erupted for 31 points in the second half. It remains one of the most spectacular one-half performances I’ve ever seen. With each pull up 25-footer or slashing drive to the basket, the crowd went crazy. Fans were witnessing something special.

Central ended up winning the game by one point, but it was Biedscheid’s performance that had folks buzzing for the rest of the season.

I’ve been watching some old videotape of Cam Biedscheid in action, and it puts a smile on my face. If you get a chance, you might want to do the same. He was a special talent who will be missed in our basketball community.