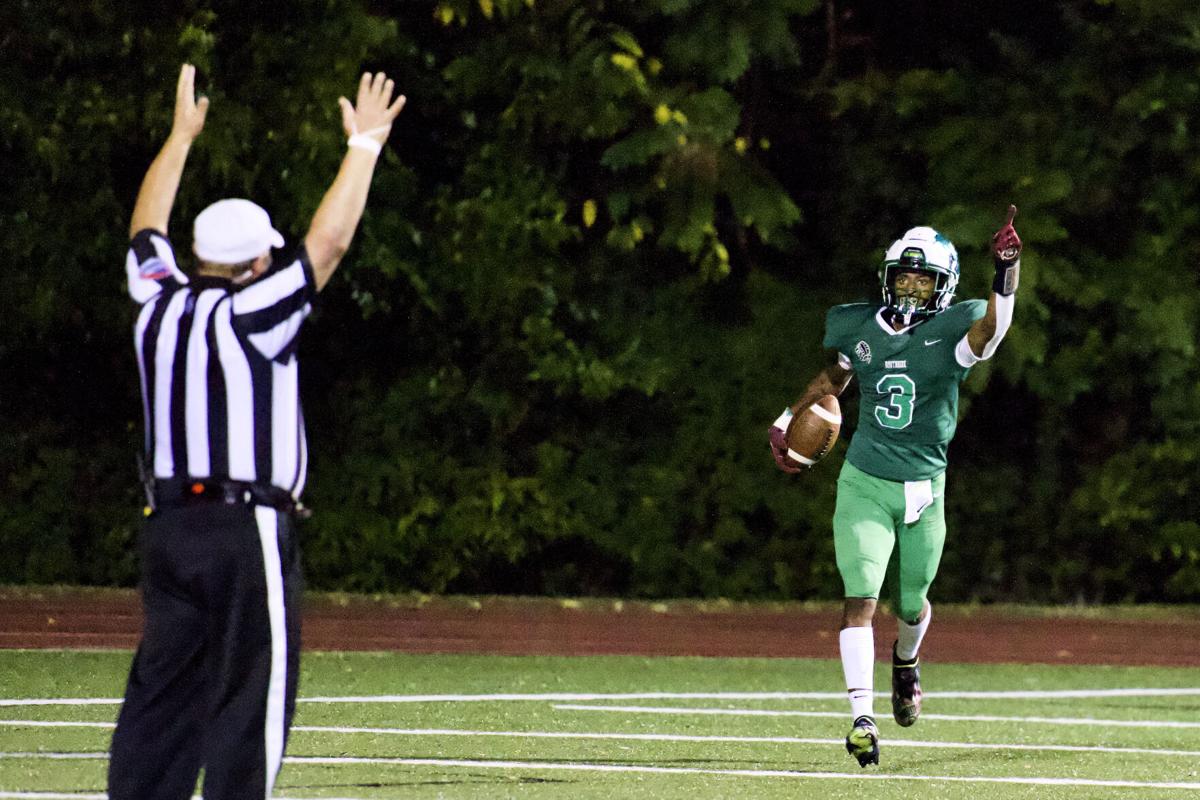 The St. Mary’s Dragons were prepared to make a big run in the Class 3 football playoffs after winning a district championship last season. But their fire was put out before a sectional game due to the COVID-19 protocol.

The Dragons are back and well equipped to make another run toward a special season. They are currently 3-1 with victories over excellent small school programs Lutheran North and Lutheran St. Charles under their belt.

St. Mary’s is led by senior star wide receiver Kevin Coleman, the No. 1 prospect in the state of Missouri and one of the most dynamic talents in the country. He also excels at running back, quarterback, defensive back and kick returner. The kid does it all. He is a big play waiting to happen.

The Dragons have more firepower on offense with senior running back Jamal Roberts and senior receivers Cyril Ikeh and De’Shawn Fuller.

The John Burroughs School Bombers girls’ volleyball team has been on a terrific roll this season. The Bombers are currently 14-1-5 after a three-set victory over rival MICDS last Saturday. John Burroughs was a district champion last season and is looking for a title run this year.

The top player is 6’2” senior Vanessa Polk, a four-year starter who leads the St. Louis metropolitan area in kills this season. Junior Kennedy Holmes, who is well known as a talented singer and a past contestant on “The Voice,” is also an outstanding volleyball player as an outside hitter. Sophomore Aaliyah Elliott is a tremendous athlete who excels as a middle blocker. She is the younger sister of Dallas Cowboys running back Ezekiel Elliott. Junior Emma Clark does an excellent job as the Bombers’ setter.

-Quarterback Robert Battle of East St. Louis completed 22 of 33 passes for 370 yards and four touchdowns in a victory over O’Fallon.

-Senior Jamarion Price of Hazelwood Central rushed for 261 yards and three touchdowns in the Hawks’ 49-28 victory over Kirkwood.

-Running back Jay Harris of Timberland rushed for 194 yards on 16 carries and three touchdowns in the T-Wolves’ victory over Francis Howell Central.

-Wide receiver Arhmad Branch of Festus had seven receptions for 211 yards and two touchdowns in the Tigers’ loss to Hillsboro.

-Wide receiver Jeremiah McClellan of CBC had eight receptions for 182 yards and three touchdowns in the Cadets’ victory over SLUH.

-Quarterback Terrell Peete of Duchesne had five receptions for 170 yards and two touchdowns in the Pioneers’ victory over St. Charles.

-Wide receiver Ryan Wingo of SLUH had eight receptions for 187 yards and two touchdowns in the Junior Billikens’ loss to CBC.

*On Tap this Weekend

Wentzville Holt (5-0) at Francis Howell (5-0), 7 p.m. Friday – The game of the week takes place in St. Charles County with these two undefeated teams from the Gateway Athletic Conference.

MICDS (5-0) at Lutheran North (3-2), 6 p.m. Friday – This game will most likely decide the championship of the Metro League.

Triad (4-1) at Mascoutah (5-0), 7 p.m. Friday – A battle between the top two teams in the Mississippi Valley Conference.

Williams had two kick returns for touchdowns, making him the first player in the history of the Alabama program to accomplish this feat. A transfer from Ohio State, Williams returned the opening kickoff 100 yards for a touchdown to get the Crimson Tide rolling. He followed that up with an 83-yard return for a touchdown in the fourth quarter.

And for good measure, Williams added a third touchdown on an 81-yard reception from quarterback Bryce Young in the second quarter. For the season, Williams has 12 receptions for 299 yards and three touchdowns in addition to his to scoring kick returns.

More than $1 billion of new road, bridge and sewer projects plan to be unveiled