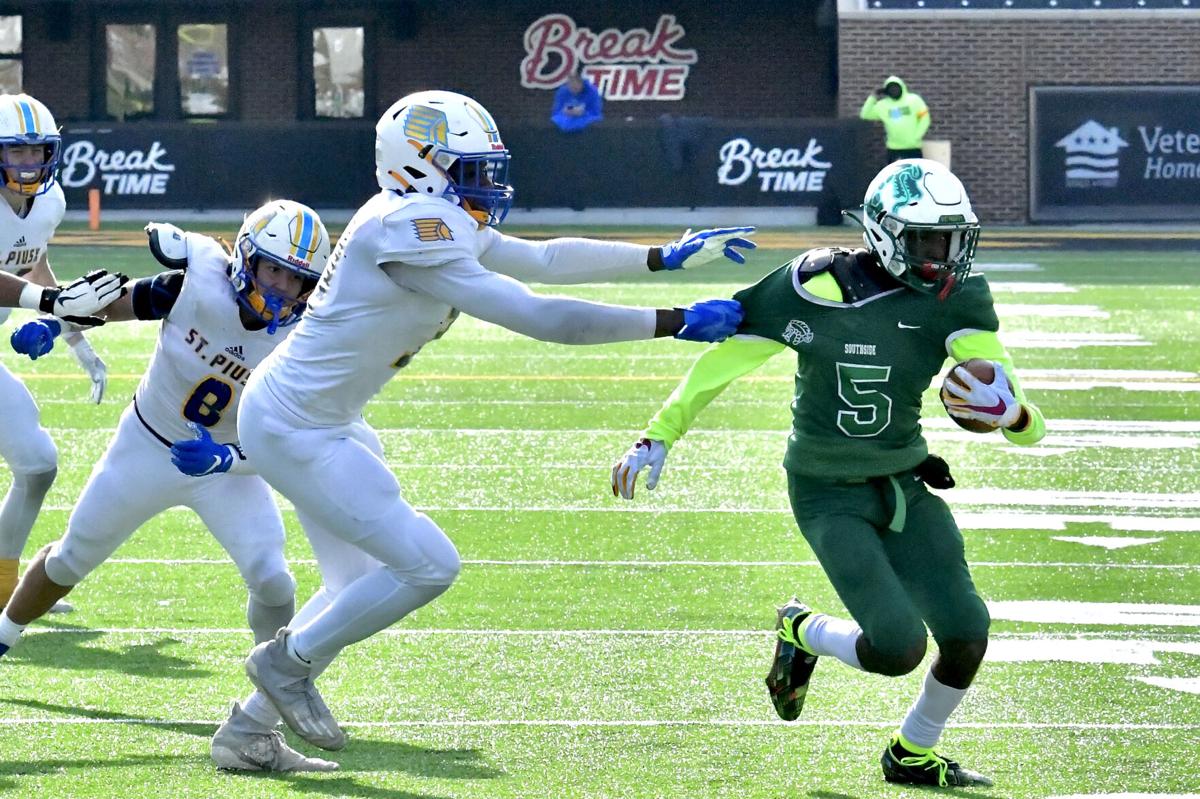 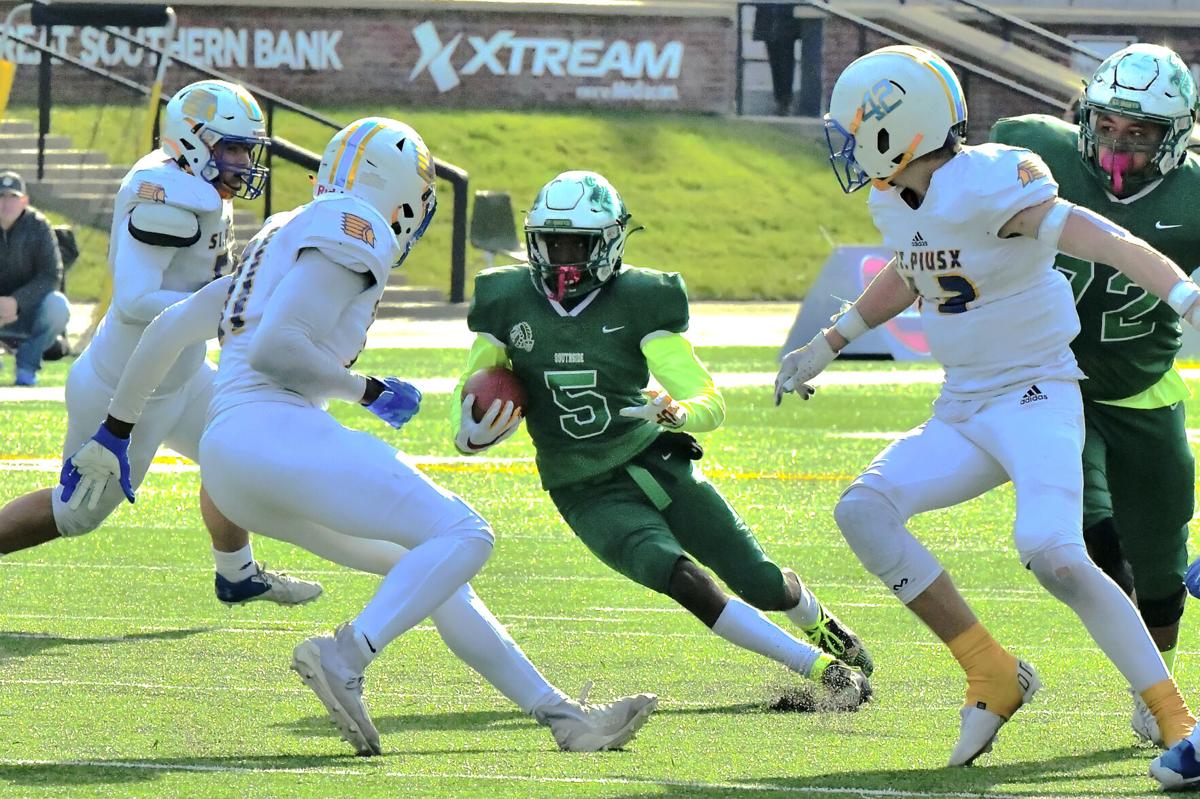 Conference members St. Mary’s and Lutheran-St. Charles represented the AAA in a big way as both schools won state championships for the first time.

The state championship game saw the Dragons register one big play after another, on offense and defense. Senior receiver Kevin Coleman closed his spectacular career with two touchdown receptions, one of 26 yards and the other at 71.

Senior quarterback Caron Spann completed six of 10 passes for 204 yards and three touchdowns. He carried the ball four times for 71 yards and scored on an electrifying 28-yard run, which will go down as one of the best in Show-Me Bowl history.

Junior Donovan McIntosh scored on a 45-yard touchdown reception and a 27-yard interception return in the second quarter. Senior linebacker Achille Kpeya Jr. had two quarterback sacks to lead the Dragons’ defensive unit, which recorded its third shutout of the season.

Senior running back Arlen Harris Jr. put a stamp on his stellar high school career by scoring on a two-yard run with six seconds left to bring the Cougars their first state championship. It was Harris’ 39th touchdown of the season, and the most important one of his career.

The Cougars defeated one of the state’s dynasties in high school football. Lamar sought its eighth state championship in nine years. Early in the game, which looked to be the case as Lamar went out to an early 13-0 lead.

But quarterback Aaron Coffey connected with Kaleb Mays on a 62-yard scoring pass in the second quarter and a comeback was underway.

Cyril Holloway picked up a Lamar fumble and raced 50 yards for a touchdown and Charles Young III scored on an 88-yard kickoff return in the fourth quarter to tie the game at 27-27.

Congratulations to Wentzville Holt on its second-place finish in the Class 5 state playoffs. The Indians made a great run to the championship game, where they were edged by perennial state power Webb City 26-21. It was the 16th state championship in the illustrious history of Webb City football. Holt was competitive despite not having the services of All-State quarterback Cooper Brown, who was out with an injury suffered earlier in the state playoffs. It was a historic run for the Indians program.

The Norm Stewart Classic, one of the most unique high school basketball events in the country, will feature 48 hours of continuous basketball from Thursday, Dec. 9 through Saturday, Dec. 12.

It will also feature top boys’ and girls’ teams from throughout Missouri, along with several of the country’s top prep school programs. Basketball will be played overnight and into the wee hours of the morning.

Several St. Louis area teams will be participating in the Classic, which will be held at the Mizzou Arena on the campus of the University of Missouri-Columbia.

On Friday, Lift for Life will face Kansas City Central at 4 a.m., Pattonville will face Rock Bridge at 6 p.m. and Chaminade will take on Father Tolton at 8 p.m.

On Saturday, Vashon will take on Columbia Hickman in a girls’ game at 6 a.m. On the boys’ side, East St. Louis will face Blair Oaks at 3 p.m., Cardinal Ritter will play Memphis East at 5 p.m. and CBC will take on Ames (Iowa) at 7 p.m.