You are the owner of this article.
Edit Article Add New Article
You have permission to edit this article.
Edit
Home
Sections
e-Edition
Newspaper in Education
Classifieds
Editorial Calendar
Make A Gift
Foundation
Special Sections
1 of 4 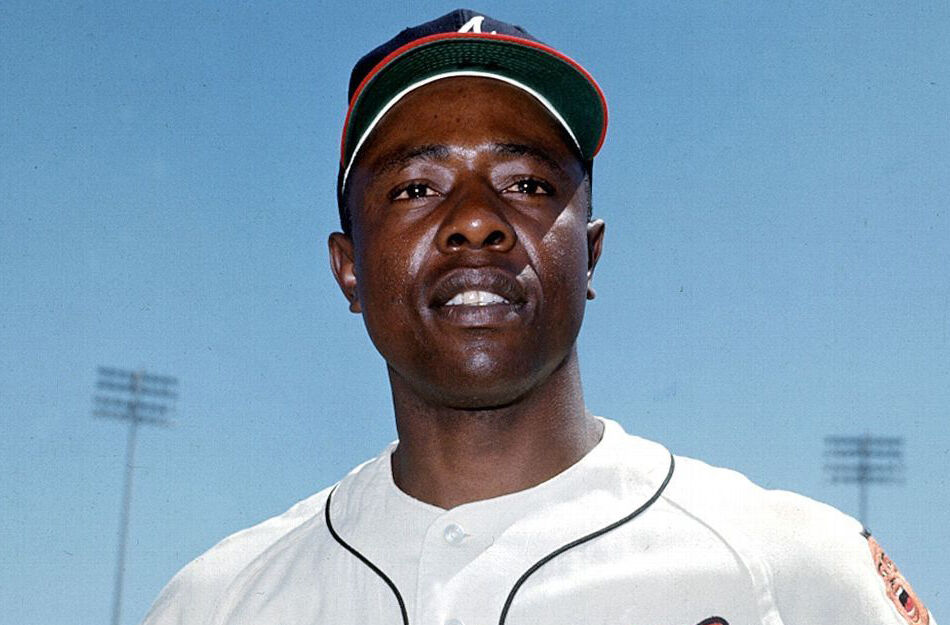 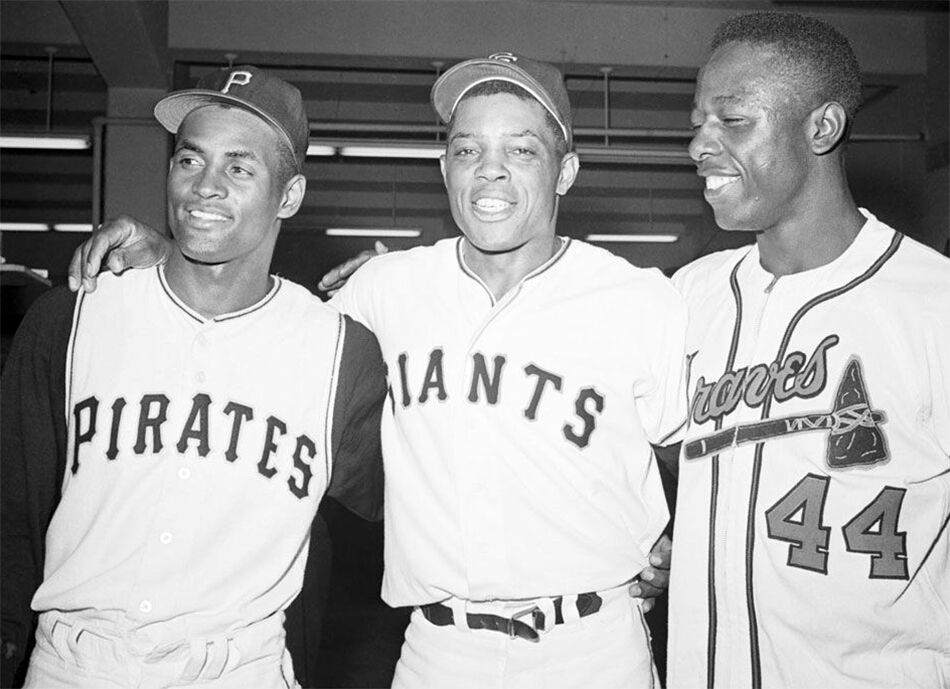 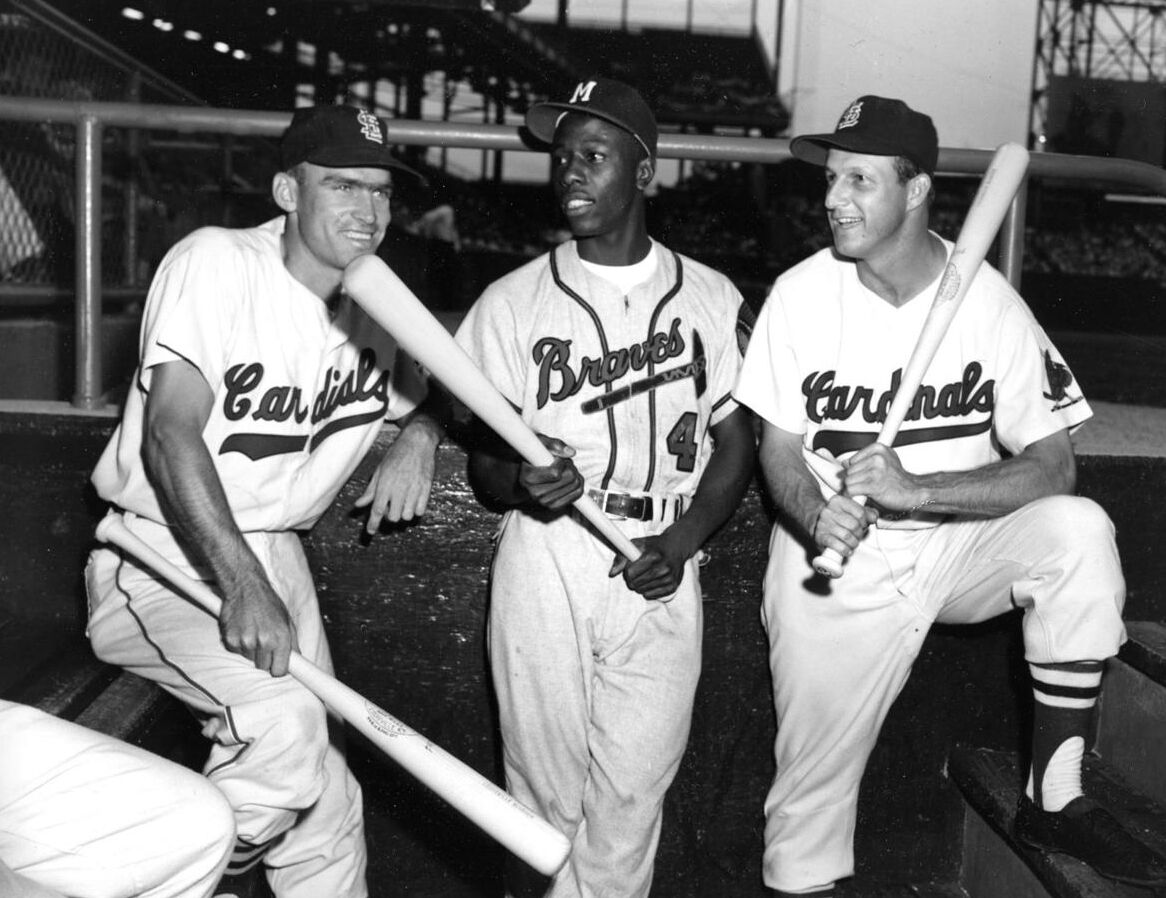 Henry Aaron was a member of 25 National League All-Star teams, including the squad in the 1956 contest in Washington, D.C. with Wally Moon and Stan Musial of the St. Louis Cardinals. 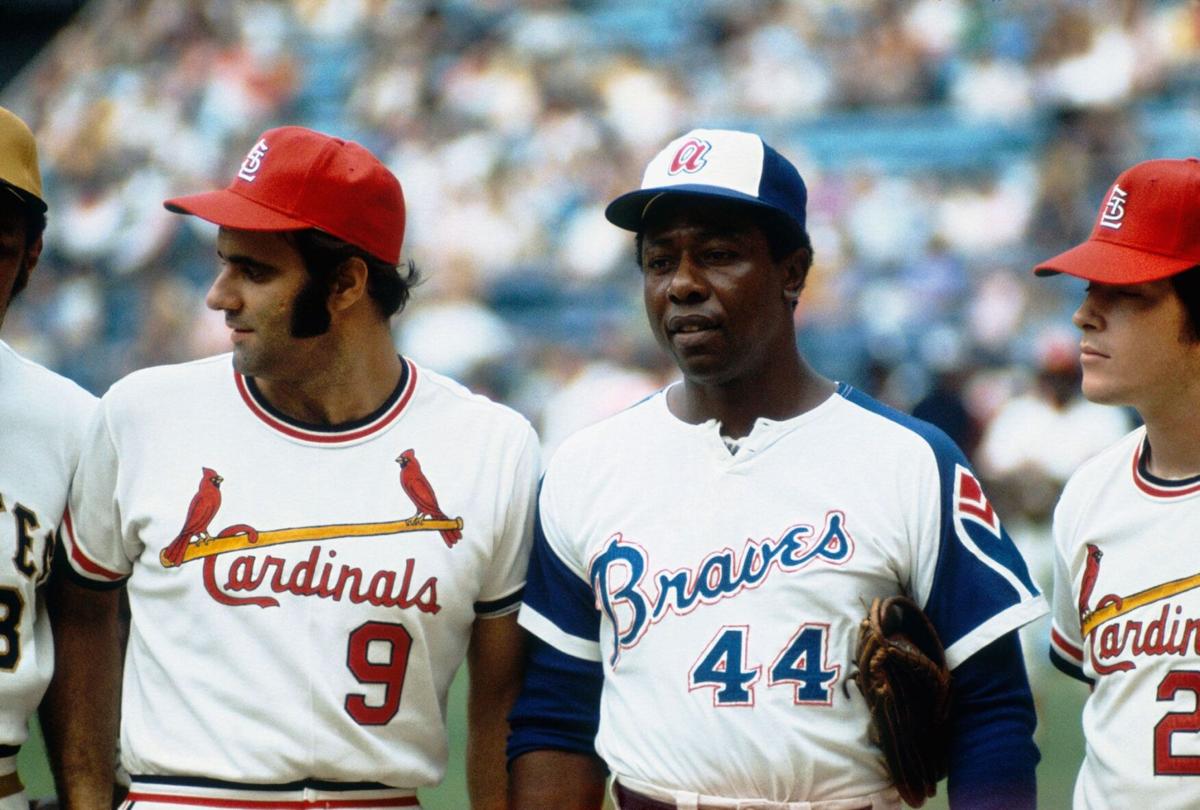 Henry Aaron was a member of 25 National League All-Star teams, including the squad in the 1972 game in Atlanta that also featured St. Louis Cardinals Joe Torre and a youthful Ted Simons

NBC would air the Los Angeles Dodgers at Atlanta Braves game that night. Henry Aaron had a chance to pass Babe Ruth as the all-time Major League home run hitter.

On April 4, Aaron tied Ruth’s mark of 714 home runs in a sparsely attended game in Cincinnati. Among those missing the historic Ruth-tying home run was then Commissioner Bowie Kuhn.

Aaron told former New York Times sports columnist Bill Rhoden in 1999 the final months of the chase for Ruth’s record “carved a piece of my heart away.”

“It really made me see for the first time a clear picture of what this country is about,” he said.

“My kids had to live like they were in prison because of kidnap threats… I had to have a police escort with me all the time. I was getting threatening letters every single day. All of these things have put a bad taste in my mouth, and it won’t go away.”

On the CBS Morning News on April 8, Aaron shared a poem he received.

“With all your fortune and your fame, you’re a stinking [n-word] just the same.”

Aaron tagged No. 715 that night before a national TV audience. I was overjoyed. Western Union shared proceeds with the United Negro College Fund (UNCF) for all congratulatory telegrams.

My parents let me send the first and only telegram of my life. “Way to go, Hank” it read.

Aaron was traded to the Milwaukee Brewers before the 1975 season and finished his career in the city it began. He retired with 755 home runs; a record that lasted until Barry Bonds hit No. 756 in 2007.

An outstanding defensive player for most of his career, Aaron retired with a batting average of .305, 2,297 RBI and a .374 on-base-percentage.

What many white fans refused to recognize years ago is that Aaron began his professional baseball career in the Negro Leagues. He signed and played for the Indianapolis Clowns in 1952 before he was drafted by the Boston Braves.

He made his MLB debut in 1954 after the franchise moved to Milwaukee. It would then move to Atlanta, making Aaron the first star professional athlete in any sport to play in the “Deep South.”

Aaron was honored in Kansas City in 1999 during The Negro Leagues Baseball Museum’s 25th Anniversary celebration of his 715th home run.

“You look at the growth of this institution and then you start thinking about, ‘Where would I be if I had not played in the Negro Leagues?’” Aaron said.

“There were ballplayers far better than I had anticipated that helped me play the kind of baseball I dreamed about playing.”

Henry Aaron was the last player from the Negro Leagues to be a Major League regular…Aaron was the 1957 NL Most Valuable Player with the Milwaukee Braves and was a member of 25 All-Star teams…Subtract all 755 home runs and Aaron would still have 3,016 hits…Aaron’s 2,297 RBI and 6,856 total bases are right there with Joe DiMaggio’s 56-game hitting streak…Aaron was 20 when he hit home run No. 1. He was 42 when he hit his last. Aaron won his first betting title at 22 in 1956 with a .328 average. At 37 in 1971, he had his most prolific home-run season with 47… Aaron campaigned on behalf of John F. Kennedy in 1960 in Milwaukee and is credited with helping JFK carry the state of Wisconsin. His support of Bill Clinton helped him win Georgia in 1992…In 2001, Clinton honored Aaron with the Presidential Citizens Medal…Aaron’s first visit to Busch Stadium after surpassing Babe Ruth was on April 30, 1974. He hit a home run, the Cardinals won 7-2 and just 15,996 attended the Tuesday night game. The next evening, just 14,202 witnessed the Braves’ 6-5 win. Aaron returned for a four-game series in July and had just four at-bats. A Friday night double header featuring Bob Gibson drew more 47,900 fans.