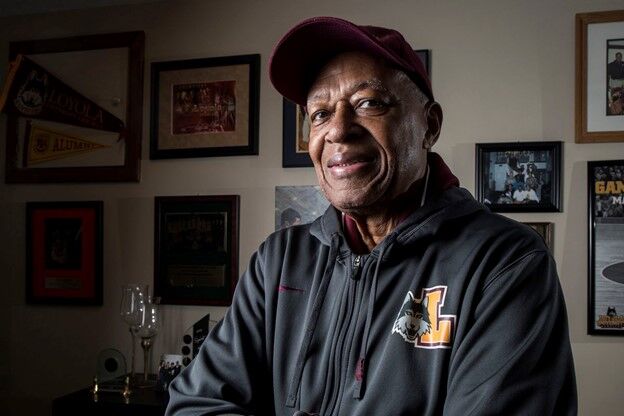 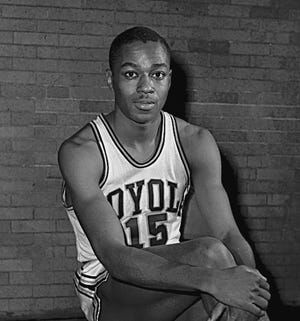 As the year draws to a close, the death of home run king, civil rights leader, and highest class of gentleman Henry Aaron January 22, 2021, still leaves me a bit sad. He died at 86, but his name will live forever, and his 755 home runs remain the Major League Baseball career record, in my opinion.

He was tall, powerful and could sometimes throw the baseball 100 miles per hour, and that was a rarity during his playing days.

Aaron would have supported MLB’s decision to move the All-Star Game out of Atlanta after the Georgia state legislature passed a series of laws designed to strip Black voters of their right to vote. He also would have cheered for his Atlanta Braves as they won the 2021 World Series over the Houston Astros.

We lost other Black athletic legends in 2021, including St. Louis’ own Leon Spinks. He died February 5, 10 days before the 43rd anniversary of the night he shocked the boxing world by defeating heavyweight champion Muhammad Ali. He died at 67 after a lengthy battle with advanced prostate cancer.

Another renowned boxer, maybe the best pound-for-pound fighter in boxing history, left us on March 13 at 66. Former middleweight champion “Marvelous” Marvin Hagler closed his career with a 62-3-2 record. He defended his title 12 times in the 1980s. Regardless of the judge’s ridiculous scoring, I will never accept that Hagler lost to Ray Leonard in 1987. Hagler won that fight. Period.

I never saw Elgin Baylor play in person, but he was the first “sky walker.” He was Julius “Dr. J” Erving when NBA players were not allowed to dunk the basketball. He played before there were huge television audiences and multi-million-dollar contracts. But his legend lives on, which is a testament to how skilled a player he was – and how flashy his game must have been. Baylor passed away March 22 at 86.

Had the PGA not been flat-out racist and refused to allow Black players on its national tour, Lee Elder would not be as famous as he was. But the PGA dropped its white golfers-only policy in the 1960s. Then the Masters updated its eligibility rules to allow any golfer who wins a tournament the previous year to play. Elder became the first African American to play at the Masters in 1975 after winning the Monsanto Open in June 1974. He won four PGA tournaments and became the first Black member of the U.S. Ryder Cup team. He was an honorary starter at Augusta last April and died November 28 at 87.

I’ll bet you didn’t know there is an honorary club called the “Black Aces.” It includes the 15 Black pitchers that have recorded 20 wins or more in a season. The charter member is Jim “Mudcat” Grant, a two-time All-Star who became the first Black pitcher to win 20 games in a season. In 1965, he also became the first Black pitcher to win a game for the American League in the World Series. He pitched two complete-game wins in that World Series and hit a three-run home run in Game 6. He died June 11 at 85.

I made a point to see Jerome Rodney “J.R.” Richard pitch against the St. Louis Cardinals during the late 1970s. He was tall, powerful and could sometimes throw the baseball 100 miles per hour, and that was a rarity during his playing days. At 6-foot-8 and menacing on the mound, he struck out over batters. His career was cut short in 1980 after he suffered a stroke, and he was homeless for part of his life. But he rebounded and was one of the Astros’ biggest legends and fan favorites until his death August 5 at 71.

Former Temple coach John Chaney didn’t take any crap from anybody. He was among the first coaches to have his team up at 5 a.m. for practice and he demanded his players, most of who were Black, never miss a class. The world remembers him for charging the podium to get at then UMass coach John Calipari after a hard-fought game. Chaney, who led his owls to 17 NCAA tournament appearances in the 1980s and ’90s, died January 28, eight days after his 89th birthday.

David Patten was not a household name, even if he did win three Super Bowls with the New England Patriots. Of course, St. Louis Rams fans remember him as the player who caught Tom Brady's first career Super Bowl touchdown pass in 2002. It was the only offensive touchdown for the Patriots in their 20-17 win. He died September 2 at 47 after his motorcycle collided with another vehicle.

Jerry Harkness was in St. Louis during the Missouri Valley Conference men’s basketball tournament, where Loyola-Chicago began its magical run to the Final Four in 2018. Harkness was captain of the 1963 Loyola basketball team that broke barriers by winning the NCAA championship with four Black starters. He died August 24 at 81.