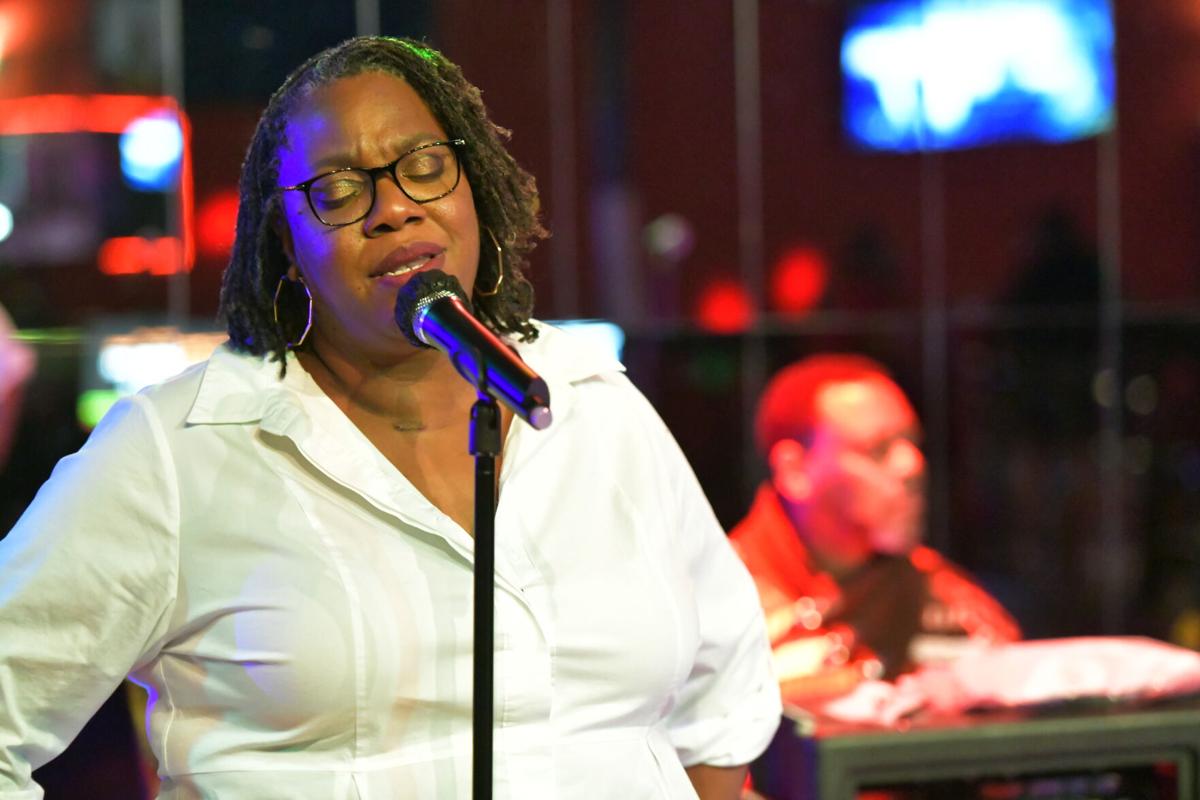 Syrene and Tony Yancy performing at the Da City night club at Riverview and Broadway Blvd. Tue. Jan 12, 2022 after the two had a bout with COVID-19. 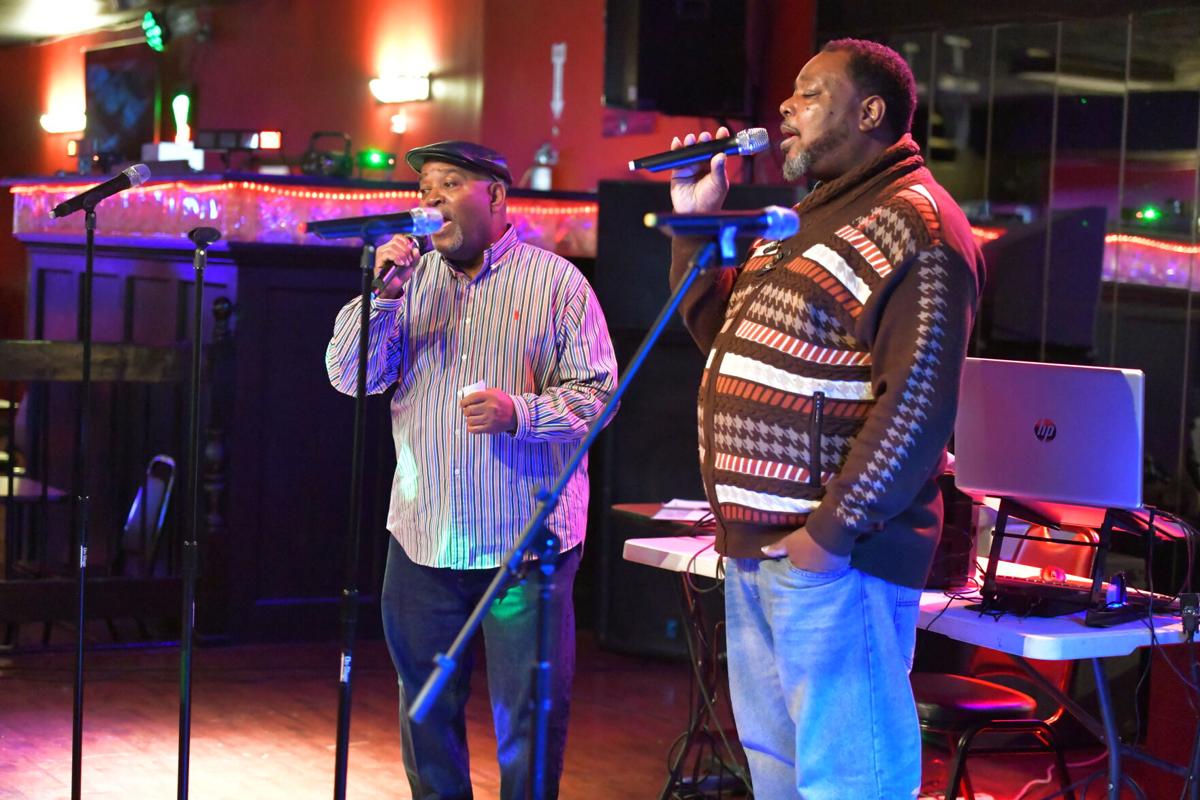 Artiee Dabbs whos been a fan of singing kereoke sings a duet with DJ Tony Yancy at Da City night club at Riverview and Broadway Blvd. Tue. Jan 12, 2022 after the two had a bout with COVID-19. 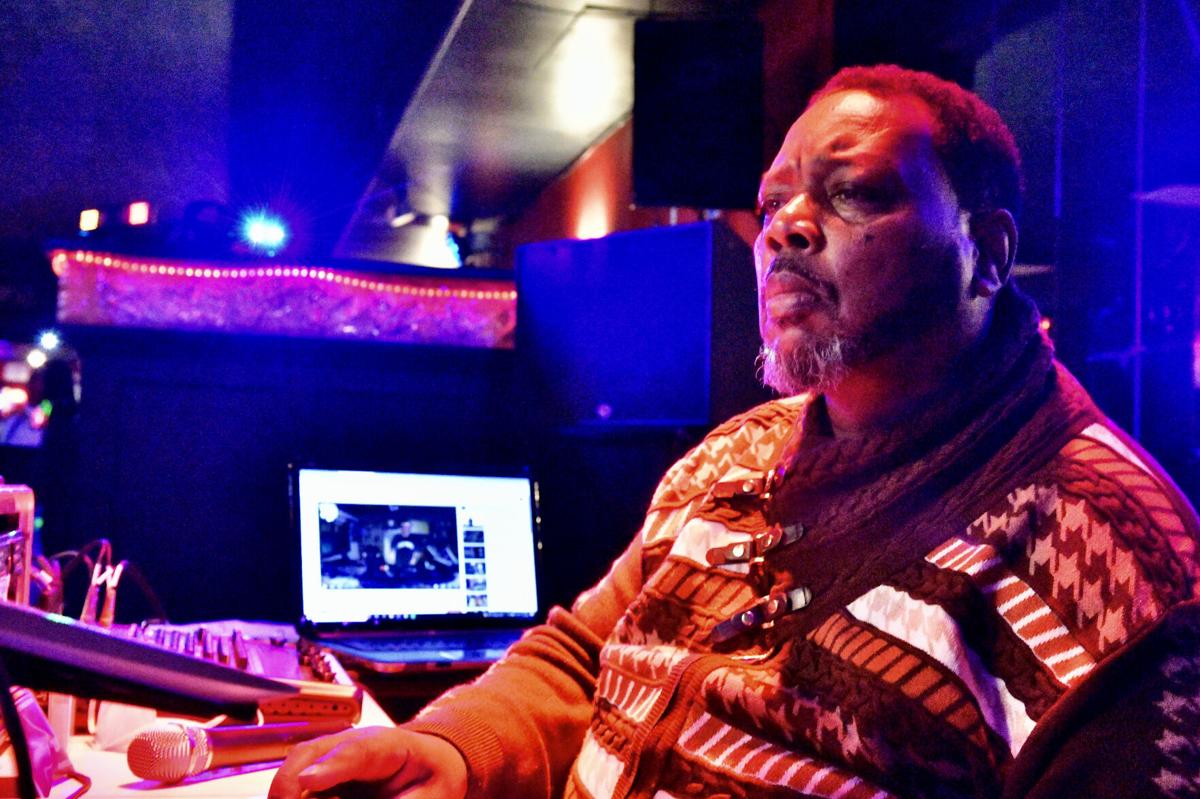 For Sherrell and Anthony (Tony) Yancy, it seemed like everybody in their circle was testing “positive” for the coronavirus.

It wasn’t just their imagination. Since the beginning of December, the number of daily COVID-19 cases in St. Louis tripled, prompting the city’s health director, Dr. Matifadza Hlatshwayo Davis to define the trend as “alarming.”

“I felt cheated. It was like ‘damn, ‘I been through this already.’”- Anthony Yancy, diagnosed with COVID-19 twice

In St. Louis County, where the Yancy’s live, COVID cases were also spiking. In his weekly newsletter, County Director Sam Page said COVID cases were rising at a "blindingly fast" rate with current case numbers and positivity rates “at the highest they have ever been, with a rolling average of 2,302 cases per day, more than twice as high as the highest seven-day average from the winter 2020-21 surge.”

“I knew a lot of people on social media who had gotten sick,” Sherrell recalled.

Tony said about 20 to 30 of his friends joked on social media about how they all got “COVID for Christmas.”

Things weren’t so funny when the Yancys tested positive for COVID-19 days after the holiday. He credits he and Sherrell being vaccinated as the reason their symptoms weren’t that severe.

This was not the case when he tested positive for the virus in early 2020. He can’t prove it, but Tony swears he was infected long before the pandemic was officially confirmed in the United States in January 2020. He was sick during the fall and winter of 2019.

“I had a fever and dry cough that just wouldn’t go away,” he said. “The cough got so bad that one day, I blacked out at the kitchen table, fell over and hit my head.”

COVID, Tony said, never crossed his mind until the World Health Organization (WHO) declared the coronavirus a public health emergency of international concern in January 2020.Even then, he didn’t consider it much of a threat partly because Trump, the former president of the United States, downplayed the seriousness of the pandemic.

From January 22 through February 27, 2020, Trump told American citizens the virus was “totally under control,” that only five people in the country had it, and just one or two more would likely get it. He insisted the coronavirus would completely go away by April “when it gets warm” and disappear “like a miracle.”

“I just thought the low-grade fever, being lethargic, having a constant dry cough and a loss of taste and smell was just sinuses or allergies,” Tony said. “Then they started shutting stuff down. That’s when we started looking at it differently.”

After passing out from coughing, Tony got himself tested in February. The results were “positive,” but he was already on the mend by that time. He’s thankful his wife never got sick then. Both had to challenge their fears and misconceptions about vaccinations when they came available in early 2021.

“I hate needles, and I did not know the side effects or what was in the vaccines,” he said.

Sherrell, who is still not convinced the virus wasn’t man-made, grappled with her fears, too.

“I guess I’m just a conspiracy theorist,” she said. “My first response was ‘Oh no! Why are they giving this out for free? They don’t give any other medications for free.’”

But, because the couple were living with or caring for older relatives, they relented.

“I was helping take care of my grandmother and my 72-year-old mother,” Tony said. “Because they both had health issues, I had to put my fears aside and stop thinking about myself. I got vaccinated to prevent myself from spreading it to others.”

Sherrell did what health experts suggested and researched the vaccine.

“My mother and Tony’s mother and grandmother were on us to get vaccinated. So, I did my research and found out that people weren’t getting sick from it,” she said. “So, we got vaccinated around the end of July.”

Like so many other African Americans with a robust distrust of the medical system, Sherrell decided to get vaccinated under certain conditions.

“I scheduled my vaccination way out in a white neighborhood because I don’t know what they might be giving us in black neighborhoods,” she said. “Now that I’ve done it, I feel that at least I’ve given myself what’s supposed to be a fighting chance.”

That feeling was betrayed somewhat when the Yancys both tested positive after Christmas.

“I felt cheated. It was like “damn, ‘I been through this already.’” I thought getting vaccinated would protect me. Then common sense kicked in and I re-examined things and thought… ‘what if I weren’t vaccinated?,’” Tony said.

“I don’t know which variant we had,” she said. “I heard the Omicron is more easily transmissible, but I really don’t know. I do know that neither one of us had a fever. I had phlegm (mucus) in my throat like a head cold, and I was just tired all the time. So, after I was tested, I just quarantined myself, and then I was fine.”

The couple’s wait time for their first booster shot is approaching, and they plan to get their shots soon. Though initially skeptical, Tony wonders why people are still so hesitant to get vaccinated.

“I know you have to tread lightly with people. I had fears of the unknown, too, but I’ve lost at least five family members in a six-month span last year,” he said.

“When you start seeing so many deaths and hospitalizations…I don’t understand the hesitation. The bottom line is, if you have people in your family with underlying conditions, do them a favor, don’t be selfish, get vaccinated.”