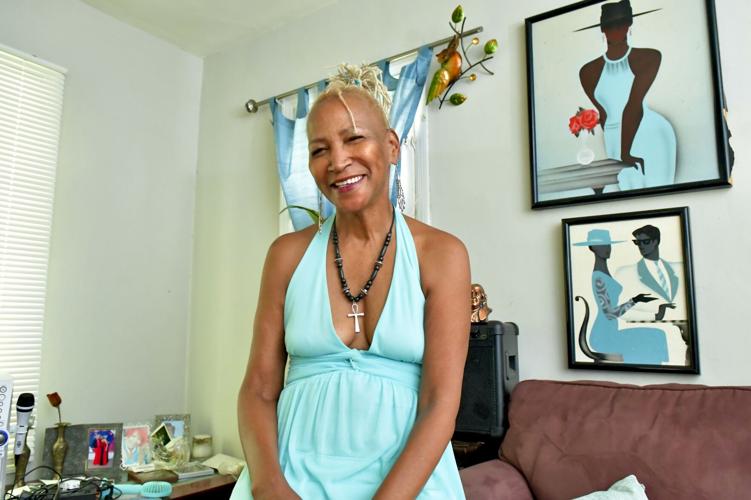 Loretta Butler in her Bel-Ridge home. 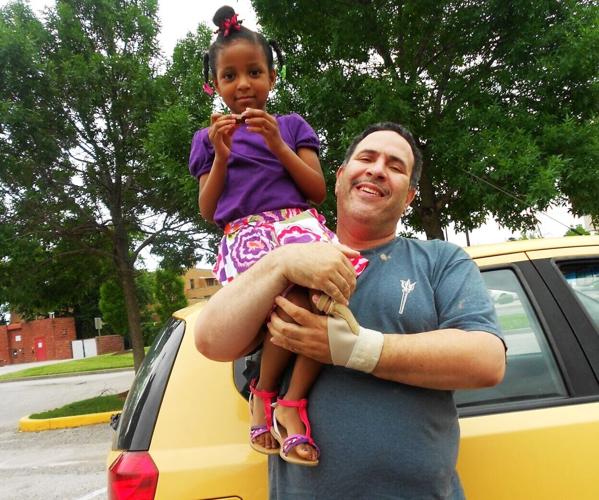 LA (LaShonda) Green has paid her dues. She’s been in the bar business for almost 20 years working as a server, bartender, and, eventually, a manager. Finally, in March of this year, Green and her partners opened their own establishment, Stl On the Rocks Bar and Grill in Overland.

“I’m not as cautious as I should be but I’m more cautious than most.”-Joseph Robnett, Lyft Driver

Green was a bit nervous months before the grand opening. She had good cause. She contracted the COVID virus in April 2020 and again in December of 2021.

“The first time, it was like a bad flu, and it didn’t last that long,” Green recalled. “When I caught it again, I was only down for one day, but I quarantined for three weeks.”

Another cause of concern was how the virus impacted the bar industry during the past two years.

“Things changed overnight. The lounge where I worked shut down completely. No events, no private parties…nothing. We all depend on tips. If there [are] no customers, there are no tips. We don’t get paid and we can’t pay our bills.”

Green and her co-workers hosted fund-raisers and started a social media go-fund-me page. Thanks to their loyal customers, almost $10,000 was raised to support bartenders and workers. Nine of them, Green said, received a thousand dollars each, which was a Godsend.

COVID, Green explained, served as the impetus to start her own business. Although infection levels had started dropping after the arrival of vaccines in December, there were still consistent surges with a large spike during the 2021winter holidays. Green recalled her feelings of uncertainty at that time.

“I thought, ‘we’re supposed to open in a couple months, what if the world shuts down again?’ Eventually, I just put my faith in God. You just can’t live your life in fear.”

Green is among many Americans who’ve decided they are no longer going to live in fear of the pandemic.

According to a Gallup poll conducted between April and May of this year, 34% of respondents believe the coronavirus pandemic in the U.S. is over. However, 66% did not agree with that sentiment. Only 21% said their lives are back to normal with 58% saying it’s “somewhat normal” and 21% saying their lives are nowhere near normal.

Green doesn’t believe life is back to normal and she encourages her customers to wear masks and adhere to safety requirements, especially if they have elderly or sick relatives at home. But  she and her partners felt the timing was right to make their move, despite the ongoing pandemic. The grand opening in March, Green said, was an astounding success.

More Americans, according to the Gallup poll, are feeling more optimistic about the pandemic’s trajectory. The latest wave of optimism is higher than it was last summer prior to the arrival of the Delta variant of COVID-19. It remains to be seen how this optimism will play out in the coming summer months.

Most municipalities, schools and businesses have dropped mask mandates. Although COVID-19 cases are on the rise, many Americans’ attitudes toward the virus have relaxed because more than 67% of Americans are vaccinated and Covid deaths are on the decline.

Joseph Robnett, a Lyft driver since October 2021, has seen some of these shifting attitudes first-hand from his riders.

“I estimate that maybe half of my riders think it (the pandemic) is not over, but they’re done worrying about it,” Robnett said, adding, “If people don’t see the death risks are as high as they were, they sort of take their guards down.”

The Gallup poll indicated that 50% percent of the U.S. population think their lives “will never return to what they were before the pandemic'' with 29% percent believing that “normal lives will resume at some point though they differ on how long that will take.”

Robnett offers no statistical analysis but said he has noticed an uptick of people who use his services now as opposed to when he first started driving late last year.

Robnett, who has been vaccinated and boosted said he’s even let his guards down…a little.

“I’m not as cautious as I should be but I’m more cautious than most,” he admitted.

Local playwright, Loretta Butler, premiered her spiritually based play “Guess Who’s Coming Back: You Ready?” to packed houses in 2019. She had two shows in 2021 and three shows so far this year. Although her latest productions, in smaller venues, weren’t as packed as her previous shows, Butler said she didn’t notice any real negative effects from the pandemic. In fact, she hosted an open mic fundraiser in May and plans another run of her play in July.

COVID, Butler said affirmatively, is a test from on high.

“God created it all. He allowed the pandemic and he’s going to allow me to do what I need to do to get what he wants from me.”

Although she’s noticed people who act like the pandemic is over, Butler doesn’t include herself in that group. Still, like Green, the bar-owner, Butler refuses to allow fear to dictate her life.

“It’s all about your fear tolerance,” she explained. “I believe you have to face your fears and overcome them. If you don’t, well, you’ll remain stuck.”