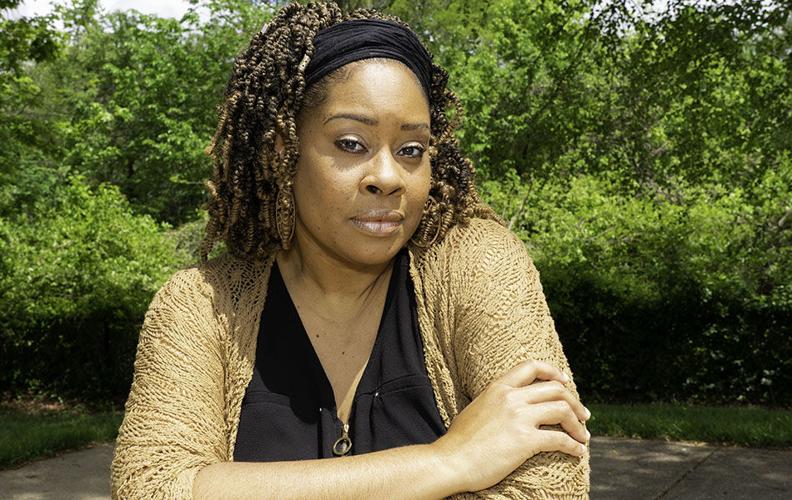 Lisa Marie Bradley poses at Vago Park in Maryland Heights on Monday, May 3, 2021. She suffered a mild stroke in March of this year. 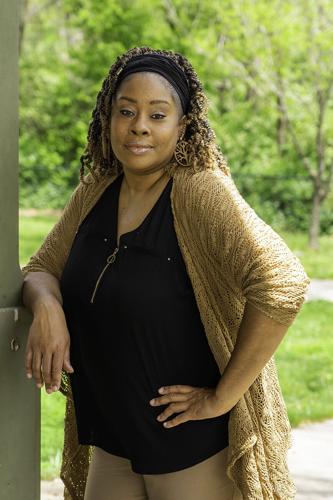 Lisa Marie Bradley poses at Vago Park in Maryland Heights on Monday, May 3, 2021. She suffered a mild stroke in March of this year.

“It sounds like you had a stroke, but you don’t look old enough. What are you, about 30?”

Lisa Marie Bradley of Maryland Heights was confused by the EMT’s query:

“No, actually I’m 50,” Bradley answered. “There I was, in the back of an ambulance with this big ole cheesy grin on my face but the word ‘stroke’ never entered my mind.”

If not for her 13-year-old son, Bradley probably would not have called an ambulance. She did know something was not right in her head. The afternoon of March 1, while preparing to pick up another son who is 15, a strange feeling came over her.

“It’s hard to describe. It was like a dizziness and blurriness at the same time, almost like vertigo,” Bradley recalled.

She had bouts with dizziness before, but the episodes passed quickly. This time, although the wooziness subsided, she said she knew “something wasn’t right.”

Still, Bradley got dressed and told her son to meet her outside by the car. The boy noticed that his mom’s speech was slurring. Bradley said she had that feeling one might get after visiting an optometrist.

Her eyes were dilated, and sunlight was unbearable. Her son begged her to go back inside and call 911. She did…reluctantly.

“I didn’t want to make a big scene or fuss over me. It couldn’t be a stroke, I thought, because in my mind, a stroke would be much more painful.”

After an ambulance arrived and transported her to DePaul Hospital, Bradley said she had another “big episode,” this time more intense. She told the doctors she could not see.

“My vision was blurry; the room was spinning. This was different from anything I had ever experienced before,” she said.

The next day, after doctors ordered an MRI, Bradley was shown the results.

“There was a spot on the top, left side of my brain where I had the stroke.”

Bradley took account of the things in her life that may have contributed to her condition. She had been on diabetes and high blood pressure medicine since her 30s, but she was relatively active. She enjoyed jogging and even participated in a few marathons.

She was dealing with a lot of stress though.

Bradley and her husband of 16 years were divorcing. Shifting from marriage to single life was no picnic. She was also having a hard time adjusting to a new residence and not having her boys with her 24/7.

The month of May is “Stroke Awareness Month.”

Health organizations are providing information designed to alert individuals about the causes of stroke. Research has shown that chronic, long-term stress can indeed increase the chances of having a stroke.

Stress can cause the heart to work harder, increase blood pressure, and increase sugar and fat levels in the blood. These things can increase the risk of clots forming and travelling to the heart or brain, causing a heart attack or stroke.

“For example,” Lee said, “we know the virus enters the Ace-2 entry receptor cells, which are expressed on the surface of Endothelial Progenitor Cells, the inner lining of blood vessels.”

“The virus causes these vessels to become very inflammatory and triggers a coagulation cascade, which enhances the formation of blood clots that block arteries.”

It is unclear, Lee stressed, if strokes are a presenting symptom of COVID-19 or if strokes are a later complication from the virus. Some severely infected patients, he said, develop blood clots in their bodies, including the brain, but it is unknown if COVID is the major culprit.

During Stroke Awareness Month, Lee and other medical experts are emphasizing early action; meaning the earlier an individual gets medical attention the better the odds of preventing long-term damage.

“Strokes can present so many different symptoms that it’s hard to recognize sometimes. The most common indicators are weakness on one side of the body, numbness or changes in speech or understanding speech,” he said.

“A good way to remember all this is an acronym we call “FAST” (Face. Arms. Speech. Time), the last word reiterates the importance of calling 911 quickly.”

Bradley was fortunate she listened to her son and called 911. If a person suspects they may be having a stroke, calls 911 and can only say the word “stroke,” it sets off a chain of proactive measures that may save their lives, Lee said.

“There are certain clot-busting medicines and procedures we can use …these treatments can reverse the neurological deficits caused by a stroke but the earlier you are treated the more likely you can have greater improvement.”

Bradley was in the hospital four days and was treated without surgery. There is no paralysis. She had what she described as a “droopy eye” for a while but that has been corrected.

Bradley is now well-armed with information about COVID’s impact on strokes, health disparities in African Americans that make them more prone to strokes and immediate steps she should take in case of another stroke related episode.

Mostly though, Bradley is trying to manage her stress. She is meditating, eating better and trying to avoid the negatives that could increase her stress levels.

“They say when you have a stroke, chances of having another one increase. So, I am more watchful of what I put in my mind and body,” Bradley said, adding: “Having a stroke was a motivation of sorts.

“My head wasn’t right, and now I’m trying to get things back in order.”