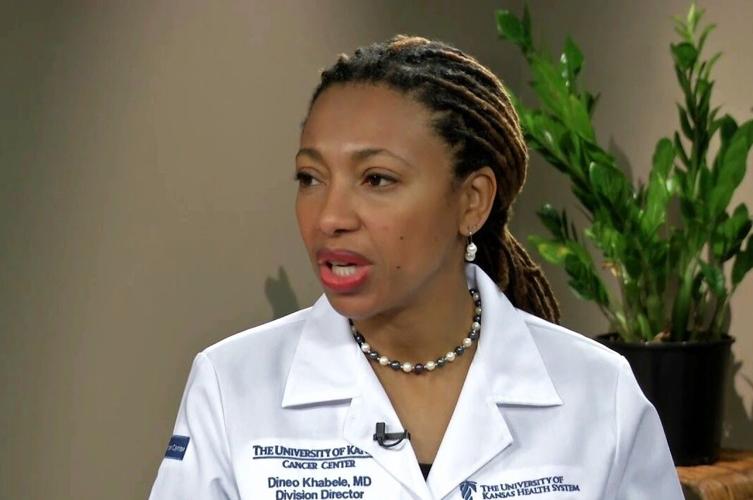 Black women had more than twice the rate of deaths from uterine cancer when compared to other racial and ethnic groups according to a recent American Medical Association (AMA) study.

In addition, Black women also are diagnosed with a more aggressive type of uterine cancer at higher rates.

Researchers analyzed U.S. cancer data for women 40 and older and found overall uterine cancer death rates increased by 1.8% per year from 2010 to 2017, according to the study.

“The worrying issue is that more and more women are being diagnosed with aggressive types of cancer, who are more at risk of dying of disease,” Dr. Dineo Khabele, Washington University School of Medicine professor and chair of Obstetrics & Gynecology.

“They’re more at risk of getting a late diagnosis when the cancer has already spread and is harder to treat.”

An estimated 65,950 new cases of uterine cancer will be diagnosed in the U.S. this year and 12,550 women are expected to die from it, according to the AMA.

Khabele said some obstetrics and gynecology departments lack adequate uterine screenings and sometimes fail to see the signs the indicate an individual may have uterine cancer.

“We do know that bleeding after menopause is abnormal but because Black women are often diagnosed with fibroids, which are benign and can cause bleeding, this can cause a delay in diagnosis,” Khabele said.

“A lot of times, there is a misdiagnosis, while ignoring these symptoms of abnormal bleeding by physicians, health care workers, and often by our own people in communities who don’t necessarily understand that any type of bleeding even if you have fibroids is not normal.”

Irregular bleeding can be a warning sign, but there is no recommended screening test.

In an AMA cohort study of 208,587 women with uterine cancer, linked mortality and cancer registry data showed uterine cancer mortality rate annual increases of 3.4% among Asian women, 3.5% among Black women, 6.7% among Hispanic women, and 1.5% among White women, irrespective of histologic subtype or stage at diagnosis.

“There are also problems with our ultrasounds’ modality which is non-evasive imaging. Sometimes the way we measure the abnormal lining of a uterus can be misleading for the aggressive types of uterine cancer,” Khabele said.

“Many times, it can be missed because if Black women have fibroids, they can affect the measurement of the lining of the uterus.”

According to Khabele, less than 50 Black women are gynecologic oncologists. She said if more Black women specialized in this area, they would be able to treat medical conditions specific to Black women.

“We’re not being diagnosed early enough because people are missing these symptoms,” Khabele said. “Sometimes Black women are also not always getting offered the right treatment and are not getting access to clinical trials.”

According to Khabele, physicians are misdiagnosing Black women for uterine cancer because they don’t understand the warning signs in addition to not having a standard screening test.

“There is a lot of work that needs to be done to the medical establishment to ensure that we’re getting the appropriate care and access to care across all populations,” Khabele said.