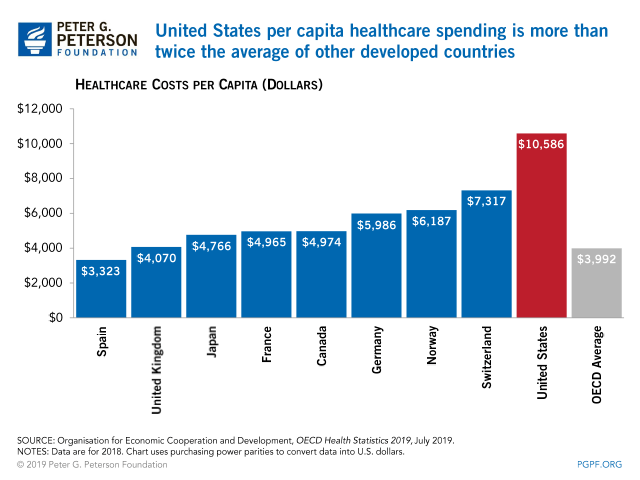 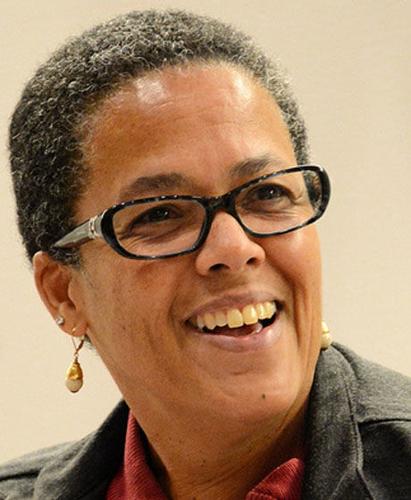 Claudia M. Fegan, M.D. is chief medical officer at Cook County Health in Chicago and national coordinator of Physicians for a National Health Program. She will be in St. Louis on Thursday, September 26 to talk about the benefits of a single-payer health system for patients, physicians and the health care industry.

Whether it’s described as Medicare for All, universal health coverage, or single payer, the organization Physicians for a National Health Program (PNHP) advocates for a single-payer system to provide health care in the United States.

Claudia M. Fegan, M.D., chief medical officer at Cook County Health in Chicago, is one of those PNHP advocates. As a government employee, Fegan said she and other doctors there have the privilege of taking care of every patient that comes in their door, regardless of their ability to pay – and for people who really love medicine, Fegan said, that’s what they really like to do.

“They don’t like to have to figure out who qualifies for what benefit and who can see what specialist,” she said. “They want to see the patients, figure out what the problem is and give them the best care that’s available.

That is the strength of a single-payer system, whether it is a single public or quasi-public agency that organizes health care financing, according to the PNHP – with health care delivery remaining largely in private hands.

Fegan said the U.S. is already spending enough money to get it done. Fegan said it would merely involve reallocating current costs and eliminating bureaucracy so that the system is more seamless for patients and doctors.

“We already spend enough on healthcare in the United States. We just allow too many people who are not involved in the delivery of care to take profit from it. And that’s the complexity,” Fegan told The American.

“That’s why the United States spends more per capita on healthcare than other countries in the world, and yet we are the only industrialized country – we’re the only member of the OECD [Organization for Economic Co-operation and Development] – that does not guarantee access to healthcare.”

The U.S. spends more than twice the average for healthcare costs in developed countries, according to 2018 OECD data from the nonpartisan Pete G. Peterson Foundation (https://www.pgpf.org), which examines fiscal challenges to the economic future.

The Commonwealth Fund reported that the U.S. spends 8 percent of total national health expenditures on activities related to planning, regulating, and managing health systems and services, compared to an average 3 percent spent among all high-income countries.

And it does not achieve better outcomes. Fegan said that outcomes need a closer look.

“We have problems with diabetes, hypertension, cancer, and our approach may be different if we weren’t so focused on the financing,” she said. “If we could make sure that people had access to care, then we could spend more time looking at the care we deliver.”

The single payer national health plan Fegan envisions would include anyone who lives here.

“Not based on your citizenship, but based on who lives within our borders – and that’s an important distinction, because we spend a lot of money on bureaucracy, trying to decide who is and who is not entitled to care,” Fegan said, who added that it is cheaper to take care of everyone who comes in instead of having to establish that bureaucracy to figure out who is and who isn’t a citizen.

“If you want to be busy excluding people, do you ride public transportation? Do you know if the person coughing next to you just has a cold or has tuberculosis? Do you eat out in a restaurant? Do you know who washed the dishes in the back or prepared the food?” she asked.

“So, we all have a stake in knowing that everyone in our community is healthy and when we start excluding people, we expose ourselves to things that we may not realize.”

Rather than the registration desk being the first thing patients see when they go to an emergency room or clinic as the entry point to determine how they are going to pay for the health services they need, single payer removes that barrier to care.

Fegan said how single payer could work in the U.S. would include a card (in France, medical records are embedded into such a card) that a patient would present when visiting a health care provider.

“You would hand the card so they identify of you, then that’s the end of any exchange about compensation They determine what your needs are, you receive treatment, and at the end of a time interval the provider submits that information to the government,” Fegan said.

“There’s not a concern about exchange of money or financing; there’s really the interaction between the patient and the physician. It’s about: ‘What’s your problem? How can we help you today?’ So that doctors can be trying to teach patients how to take care of themselves and how to be healthy and how to feel well.”

Claudia M. Fegan, M.D. will have a public presentation in St. Louis about a single-payer health plan 7-9 p.m. Thursday, September 26 (doors open at 6 p.m.) at the Communication Workers of America Hall, 2258 Grissom Dr. in St. Louis. She also will meet with members of Mound City Medical Society and the Missouri Chapter of Physicians for a National Health Plan. For more information, email pnhpmo@gmail.com or visit https://pnhp.org.

The Bander Center welcomes Dr. Fegan to a public event at 4PM on the 26th at St. Louis Museum of Art also - please join us for a lively discussion. Open bar reception to follow. https://www.slu.edu/medicine/bander-center/

Also... we are thrilled that Dr. Fegan will join The Bander Center for a discussion centering on physician activism and health care access at 4PM on the 26th at the St. Louis University Museum of Art. Everyone is invited and welcome. Please join us for this event as well! Open bar reception to follow. https://www.slu.edu/medicine/bander-center