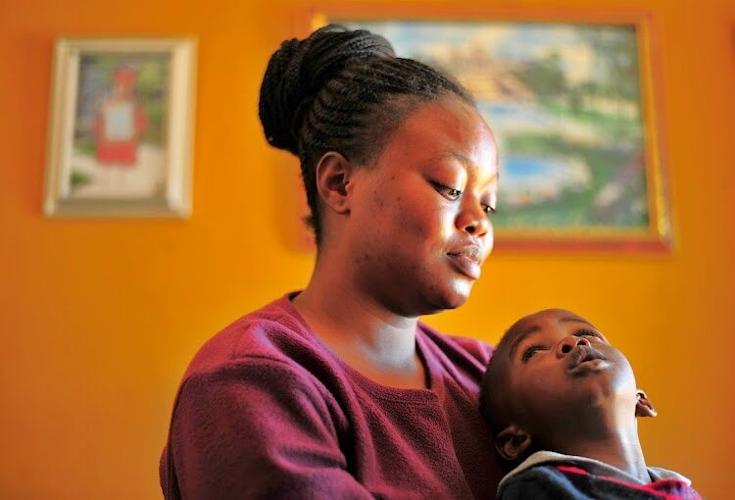 The 2022 State of the Air report shows people of color, living in poverty, suffering from underlying health conditions, or who are pregnant are most vulnerable to the negative health effects caused by air pollution.

The words “I Can’t Breathe” shook up the globe as the cell phone video clip of the murder of George Floyd went viral in 2020.

But for millions of Black people the statement also calls out another form of unremedied systemic racism: air pollution.

Now, nearly two years after Floyd’s death and several other killings by police, a new report shows more Americans than before can’t breathe due to dirty air, and Black people are still among those most vulnerable to air pollution’s negative health effects.

It’s no wonder that in 2020, shortly after Floyd’s murder, environmental justice activist Mustafa Santiago Ali made the connection between Floyd’s dying words and air pollution.

“As police take lives with chokeholds and asphyxiate others with knees on their necks, we are reminded that racism is literally killing our people and planet,” he wrote. “Communities of color have appealed for decades to politicians, policymakers and environmental organizations that they ‘can’t breathe,’ only to be ignored.”

Indeed, this year’s “State of the Air” report released by the American Lung Association (ALA) shows four-in-10 Americans — over 137 million people — live in places with failing grades for unhealthy levels of air pollution.

“This year’s ‘State of the Air’ report shows an alarming number of people are living in areas with poor air quality that could impact their health. As a pulmonologist living in Southern California, I see first-hand the impacts of air pollution, and specifically particle pollution from wildfires, on my patients,” Cedric “Jamie” Rutland, M.D., national volunteer medical spokesperson for the American Lung Association, said in statement.

The report identified several groups considered especially at risk to the effects of air pollution, including people of color and people experiencing poverty.

Pregnant people and their unborn babies, for the first time in the report’s 23-year history, were also identified as a group who are vulnerable to the impacts of air pollution.

“Adverse impacts from air pollution have been shown both for those who are pregnant as well as for the developing fetus,” the report stated.

Black birthing people are already vulnerable to poor birth outcomes due to systemic racism in healthcare, but adding pollution on top of that makes matters worse.

Mortality, low birth weight, and underdeveloped lungs and immune systems are all potential consequences for infants exposed to poor air before being born. Every federal agency, the White House and Congress must act now to dramatically reduce air and climate pollution.

The ALA encourages everyone to get involved in cleaning up the air and addressing climate change. Individuals can check daily air pollution forecasts where they live and, when possible, prioritize walking over using gasoline-powered vehicles.

Local governments can ensure residents have the option to ride and work in safer vehicles by purchasing zero-emission garbage and recycling trucks, transit buses, school buses and other vehicles.

On a federal level, ALA is urging the government to make zero-emission, electric transportation the law.

“Every federal agency, the White House and Congress must act now to dramatically reduce air and climate pollution and drive an urgent nationwide transition to zero-emission transportation and electricity,” ALA said.

The story was republished in partnership with Word in Black. The original article can be found here.

Spiritual care as a weapon against gun violence