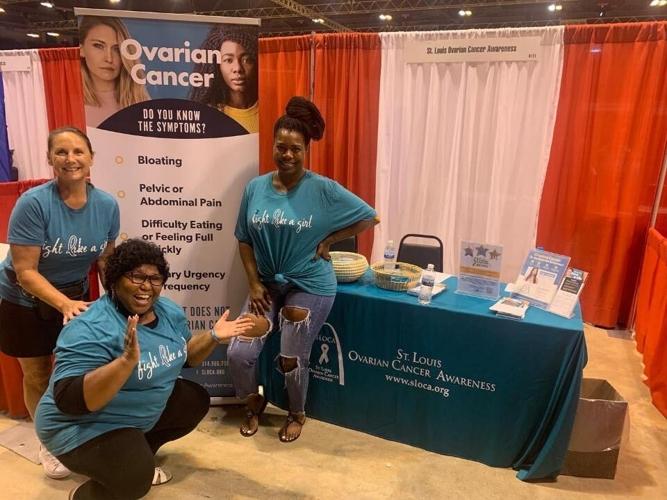 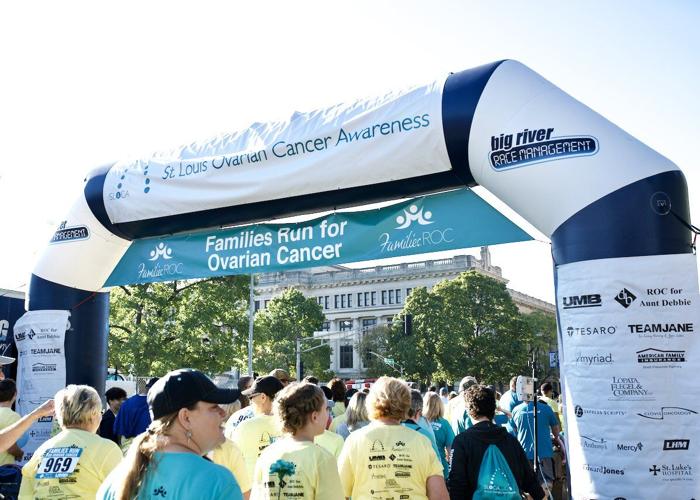 The 16th annual Families Run for Ovarian Cancer ROC Star 5k and 1-Mile Run/Walk is on Sunday, Oct. 9, 2022, at Soldier’s Memorial in downtown St. Louis. Participants can sign up for a timed 5k or an one-mile fun run/walk. The event is dedicated to supporting women battling ovarian cancer, their families and loved ones and the medical community.

About 19,880 women in the United States will be diagnosed with ovarian cancer in 2022, while about 374 women are diagnosed annually in Missouri, according to the American Cancer Society.

“[Ovarian cancer] was unexpected because I had good health but one night, I had pain in my abdominal area and all I could do was tell my son something isn’t right and I need to go to the emergency room.” - Chontelle Wilson, ovarian cancer survivor

In its 20th year of service to the St. Louis community, the organization will host a series of events for the public to learn more about the four most common symptoms (Watch 4 the Signs), support survivors and honor those lost, and raise funds for ovarian cancer research.

The signs are bloating, abdominal or pelvic pain, difficulty eating or feeling full quickly, and urinary symptoms [urgency or frequency.]

SLOCA is the lone nonprofit in Missouri devoted solely to ovarian cancer awareness and survivor support, according to a statement. It was founded in 2002 by seven women battling ovarian cancer and has since invested more than a half-million dollars in funding research for ovarian cancer and educating tens of thousands through local health fairs and community events.

“One of our greatest challenges we face here at SLOCA is that there is no early detection screening for ovarian cancer, and that symptoms are not widely known by the general public,” said Susan Robben, SLOCA executive director and an ovarian cancer survivor.

“According to the [Center for Disease Control] State Cancer Profiles from 2020, about 168 new cases are diagnosed annually in the St. Louis Metro area. 136 are diagnosed in the late stages when treatment options and survival rates are low.

“By promoting awareness of early warning signs and symptoms, we are striving to positively impact ovarian cancer survivorship.”

She has served in her role for seven years and says SLOCA’s mission is to not only provide support but “offer a community to those affected by ovarian cancer, whether they face a cancer diagnosis themselves or are standing by a loved one.”

“I was diagnosed at 23 years old with ovarian cancer in the early ‘80s,” Robben said. “This is sometimes an unusual age for this kind of serious illness, but I experienced all of the classic symptoms.”

According to Robben, statistics show there are few ovarian cancer survivors and the symptoms most women with the disease battle it for most of their lives.

“It’s important that women know the symptoms and advocate for their own health,” Robben said. “By the time I was diagnosed, it was a critical situation where I had to get surgery and endure several rounds of intense chemotherapy. I hope my story can inspire and motivate other women going through this journey.”

Based on census data, 6,673 women in the St. Louis County area will experience ovarian cancer in their lifetime, according to Dr. Shannon Grabosch.

“Women of color tend to have poorer outcomes of treatment,” Grabosch said.

Additionally, the doctor talked how important it is to monitor your health and practice self-care.

“I think this is time where people are barely keeping up with their daily demands, and I think the average woman has so much on her plate that she is the last person that she is taking care of,” she said. “I say this not only as a physician but also a woman myself.”

With the strain the COVID-19 pandemic has caused, more women are returning to the workforce and unfortunately the symptoms of ovarian cancer are incredibly vague, making it easy to brush things off, according to Grabosch.

Chontelle Wilson is another survivor and an active SLOCA volunteer. Her journey with ovarian cancer began in 2016 where proactive steps she took to investigate a strange pain saved her life.

“It was unexpected because I had good health but one night, I had pain in my abdominal area and all I could do was tell my son something isn’t right and I need to go to the emergency room,” she said.

Wilson said at the ER, they found a grapefruit sized object on the right side of her pelvic area. From there, she scheduled an appointment with an oncologist, which became her surgery date.

“November 21 was the day of the surgery and once it was done, I began to recover,” Wilson said. “I was told the doctor removed everything, and the next day he explained it was a rare form of cancer, so it was good that you got in sooner. If you had waited any later, I would not have been able to do anything for you.”

Wilson says although she is cancer free, she gets regular check-ups with the doctor who performed the surgery that saved her life.

For more information to support SLOCA’s ongoing efforts or participate in their various events throughout September and October, visit their website at www.sloca.org/.