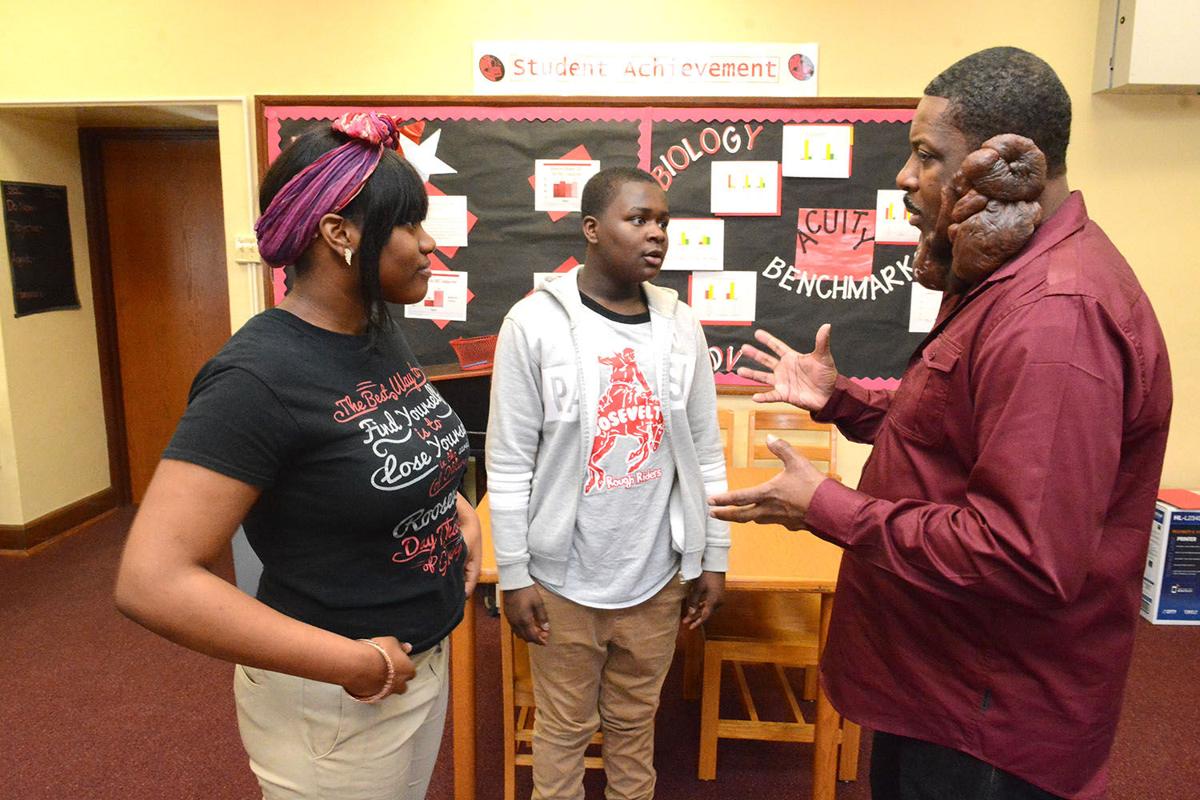 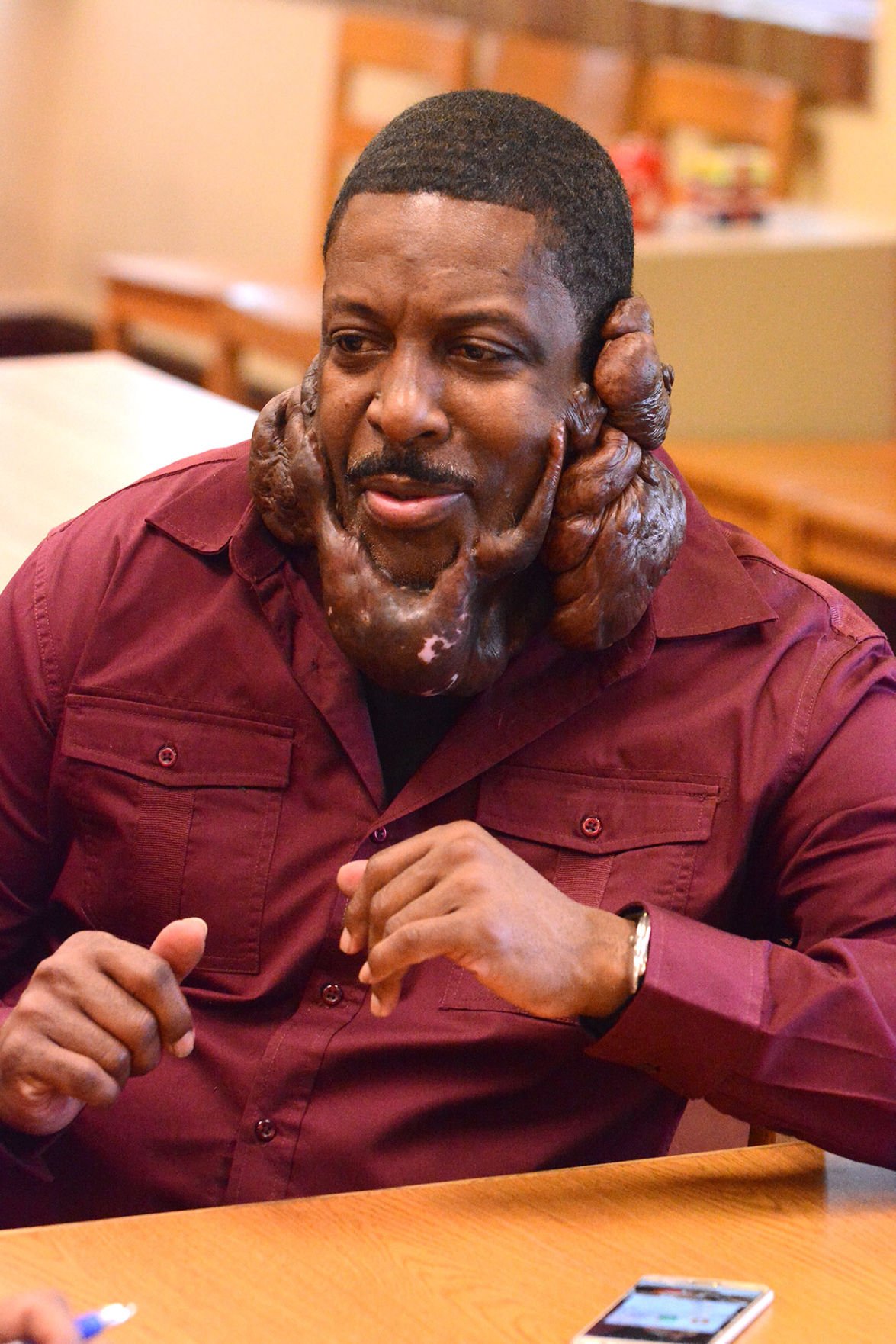 Antony Perkins developed his first keloid at age nine. Keloids are raised, lumpy, overgrown scar tissue that appears after a cut, burn or other trauma to the skin has healed. They are thought to be the result of excess collagen in the skin during the healing process.

Although the genetics is not clearly understood, African Americans and other people of color are more prone to develop keloids.

Perkins, who works as a youth development teacher in Saint Louis Public Schools, now has keloids on his face, neck, torso and back. Although the keloids on his left side cover his ear, his hearing is not affected. His appearance, however, is greatly affected.

“His problem is not with the kids,” said his sister, Tracey Bell. “Kids love him. It’s the adults – adults are the ones that judge.”

Still, when he meets youth for the first time – such as when he transferred from Fanning Middle School to Roosevelt High School two years ago – he has to explain his appearance.

“I explained to them what it was, and I said, ‘Don’t ask anymore. And if anybody in the hallways asks you – tell them what it is, and tell them don’t ask no more.’”

Acceptance by young people have helped Perkins better handle the gawking and stares he receives from adults. Seeing their teacher living with scars he cannot hide also has helped Perkins’ students put their own self-esteem issues into perspective.

But he has not given up on removing the painful scar tissue. He established a GoFundMe account to offset the expenses of surgery in New York on March 6. Perkins’ health insurance provider will not pay for the surgery, as it considers keloids a cosmetic issue. Perkins has undergone four failed surgeries locally to remove them. “As a result of the surgeries, they kept coming back bigger and bigger and bigger,” Perkins said.

He turned down the offer of free surgery from the producers of a television show so he could go with the surgeon of his choice.

Perkins was featured on a TV episode of “The Doctors” last fall about his keloids. He hoped that a New York doctor he consulted with previously was going to offer to do his surgery.

A few weeks before the taping, Perkins consulted with a cosmetic and reconstructive surgeon operating out of Atlanta and New York City, Dr. Michael Jones, who has had success with removing keloids. The surgeon had previously appeared on a “Doctors” segment about a different male patient with keloids who had undergone seven surgeries.

Perkins said he saw a couple of people who had keloid removal surgery done by Dr. Jones during his consultation in Atlanta and was “sold.” Perkins said. “After I saw his work, I was like – that’s my man.” He prayed about it and talked with his family.

Perkins was optimistic. However, the producers of the TV program presented two different doctors from New York – one offered to perform his surgery and the other offered radiation at no charge, while another company offered to help with travel expenses.

However, Perkins felt the odds were not favorable enough for him to take the producers of “The Doctors” up on that offer.

“I did my research and called them and the chances they gave me of the keloids not returning, I was not satisfied with,” Perkins said. “I am the one that has to live with this decision. I had to tell people that everything that’s free is not good.”

Perkins has already paid for the first part of his surgery, but more funds will be needed for additional surgery, procedures and related expenses. Dr. Jones donated $2,500. Through his GoFundMe account, Perkins wants to raise at least $40,000 to have all the keloids removed.

Moesha, Girlfriends and other throwback TV shows to stream on Netflix