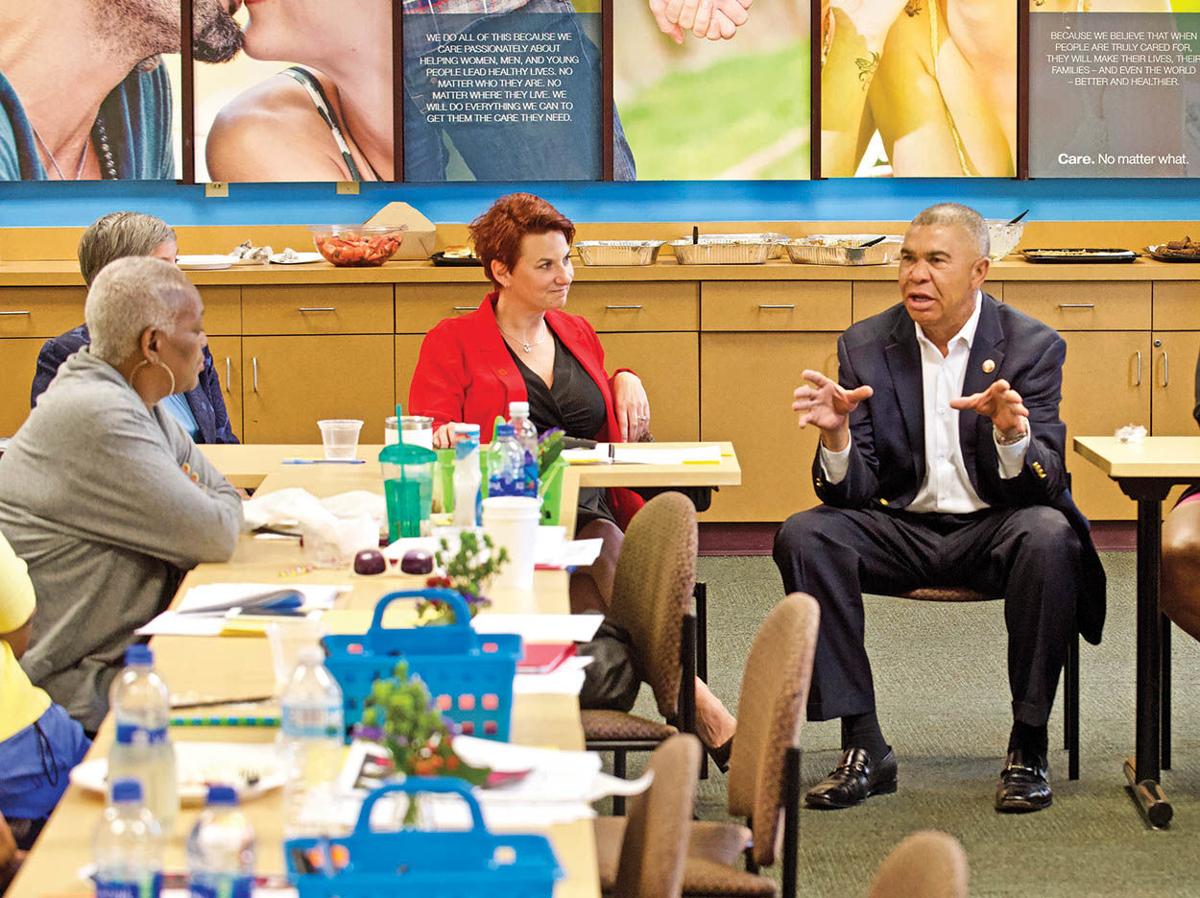 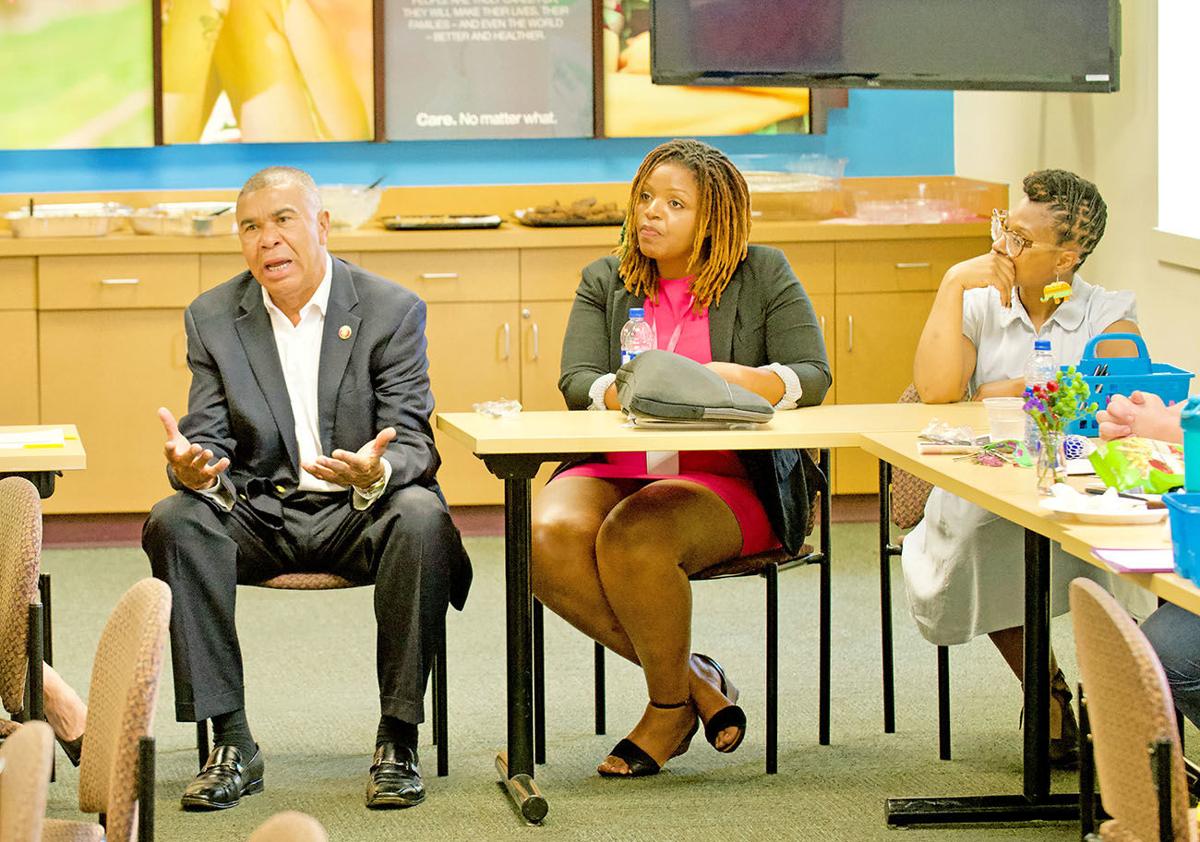 Planned Parenthood staff described the scope of their reproductive health care to U.S. Rep. William Lacy Clay when he stopped in for a visit on Friday, June 28.

“I’ve been in this fight for 35 years, as a state senator, state rep.,” Clay said. “We conducted our filibusters in the ‘90s to stop the draconian efforts of those who deny women access to adequate health care, and we know what this is about. We know this is targeting poor women who otherwise could not have access to different types of health care.”

“Comprehensive healthcare for anybody who walks through the door, regardless of their ability to pay,” Clay summed up.

Planned Parenthood stresses that it has never closed and is open for all health services it provides to patients. The legal challenge only surrounds its license to provide abortions in Missouri.

“They will still be able to show up and get care,” said M’Evie Mead, director of Planned Parenthood Advocates.

Medical and other staff also talked about their experience with state regulators who inspected the site prior to its license not being renewed— using the terms “targeting,” “harassment” of trainees and “intimidation” which allegedly ratcheted up under Gov. Mike Parson.

Clay said he will share the staff’s concerns with his colleagues in Washington, D.C. When he asked what message he could take to his colleagues, a Planned Parenthood rep responded, “Abortion is health care. That’s it.”

The U.S. House of Representatives has no standing in a state legal dispute. Clay stopped by Planned Parenthood while he was in the city to talk about a bill he is introducing to help local governments curb gun violence at Children’s Hospital.

The state courts recently delivered a victory for Planned Parenthood on a separate funding matter.

In a press release, Planned Parenthood said the case underscores aggressive attacks levied by state lawmakers and Governor Mike Parson’s administration on all aspects of reproductive health care. It says public health outcomes are alarming under Parson’s watch, with maternal mortality rates 50 percent higher in Missouri than the rest of the country and a syphilis outbreak is sweeping the state.

“Governor Parson and other state leaders want to deny patients the chance to access sexual and reproductive health care, but the court has stepped in on behalf of Missourians,” said M’Evie Mead, director of Policy and Organizing, Planned Parenthood Advocates in Missouri.

“Patients who rely on Medicaid and the state family planning program should have access to the same high-quality care received by those with private insurance.”