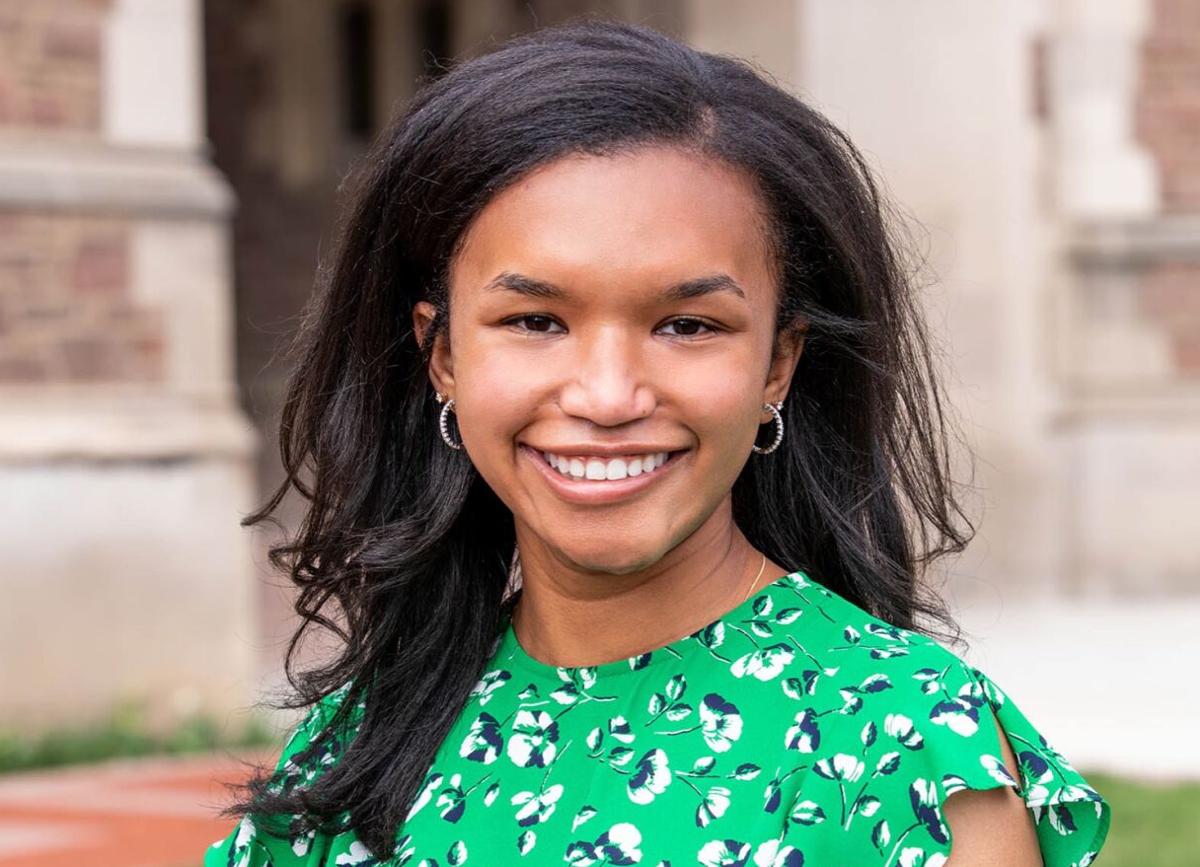 Wash U. senior Kennedy Young wants to create dialogue between the academy and the community.

"I’m a firm believer that knowledge is also cultivated outside, in the community, by activists. I think we need to do more of a bridging there,” Kennedy Young said.

However, most of Young’s work resides in the spaces between the academy and the grassroots activism she’s enmeshed herself in since arriving in St. Louis three years ago. When she first arrived at Wash U, Young said, she felt frustrated by the “Wash U bubble” -- that is, the student population’s isolation from the broader St. Louis community.

“I felt like being a college student, I was really removed from the general St. Louis community, and I don't think that the community that I have on campus is representative of the community of St. Louis,” she said.

So, she asked professors and friends how to break out of that sphere and engage more deeply with St. Louis.

The first cracks in that bubble appeared with an internship at ArchCity Defenders, which solidified Young’s desire to work in prison reform and abolition. She said she then became a tutor with Wash U’s incarcerated student program, and during the early months of the COVID-19 pandemic founded the STL Re-Entry Collective, a mutual aid group dedicated to meeting the basic needs of those recently released from jail.

All this work, Young said, taught her things that she wasn’t able to access in the classroom.

“It's one thing to sit in class and talk about the Delmar divide or talk about people experiencing homelessness, or being incarcerated, but it's different when you're actually working with people who are experiencing these things,” she said.

Along with a group of formerly-incarcerated people and allies, Young was inspired to found the STL Reentry Collective in July 2020. According to the collective’s website, 44% of those incarcerated in Missouri will find themselves returning to jail at a later date, and those staggering recidivism rates can be decreased by ensuring that people have their basic needs met upon their return to the outside community.

“Sometimes, the most pressing things that you need are tied to money, like money for clothes, money for rent and things like that,” she said. “And so we already knew that formerly incarcerated people needed money and then the pandemic happened, and really heightened all of these different inequalities.”

The collective ran a mutual aid fund, which is currently on hiatus after operating for several months and manages an online and print reentry resource guide.

Jami Ake, assistant dean in Arts & Sciences and a co-founder of the St. Louis Reentry Project, said Young’s experiences as a scholar, activist and public servant uniquely prepare her to tackle the stubborn challenge of criminal justice reform.

“What is particularly impressive about Kennedy is her remarkable ability to translate her academic learning from the classroom to the community and back again in the service of changing individual lives and the structures that limit those lives,” Ake wrote in her recommendation for the Rhodes.

For Young, the secret to being effectively involved in criminal justice reform is to listen to others: both inside and outside the classroom. In class, she said, she has read scholars like Angela Davis and Bryan Stevenson, who have helped her solidify her personal politics of prison abolitionism, but she emphasizes that learning can be found in the streets, too.

So, Young carries her practice of listening out of the classroom and into the wider community.